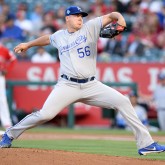 The Royals have made it through an entire season carrying two pitchers who were picked in the Rule 5 draft. That, in itself, is a bit of an accomplishment, though not so much so for a team as bad as the Royals. But still, they made it and now they have team control of both […] 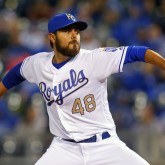 The Royals, Dodgers and White Sox worked a three-team deal out Thursday evening that might be more about the long-term ramifications in terms of payroll than the players that Kansas City received. White Sox Receive Joakim Soria RH Reliever Luis Avilan  The White Sox add a pair of relievers who they can put toward the back end […]

The Royals made a trade for two players in the Rule 5 draft and also acquired a minor leaguer in that phase of the draft. Tampa Bay RHP Burch Smith – Smith is a right-handed pitcher that dealt with injuries in ’15 and ’16 after making the majors in ’13 with the Padres but is […] 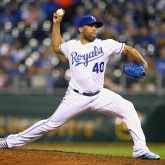 The 2017 Winter Meetings will take place in Orlando in two weeks, but that doesn’t mean action can’t start up a little bit on the hot stove. We’ve already seen one move with the Rangers agreeing to a deal with Doug Fister, which could break the seal on the action around baseball prior to the […] 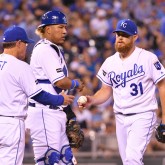 Once the game starts, it seems managers have very little impact. They can call on bits and pieces of strategy – a stolen base, a sacrifice bunt, etc. – or they can move personnel incrementally with a pinch hitter or a pinch runner. The area where all managers make their mark is with the bullpen. […]

I imagine Royals fans will be blaring some Sarah McLachlan in the coming months as we watch the core of the championship club begin to sign elsewhere. This upcoming weekend, for me at least and probably many others, is about getting to see these guys in Royals blue one last time if they do indeed […] 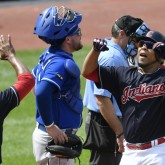 Numbers don’t lie. The numbers that describe the Royals current situation are particularly grim. After dropping three of four to the hotter-than-the-sun Cleveland Indians, the Royals find themselves five games back in the hunt for the final Wild Card. They have 13 games remaining. On the surface, that doesn’t seem insurmountable. Besides, these Royals are […] 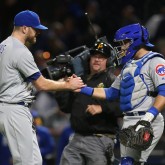 You have seen the tweets or simply thought of it yourself: What if the Royals had not traded Wade Davis for Jorge Soler?  What IF? Full disclosure, I speculated during the off-season that Davis might be approaching the end of the line.  He had, after all, missed time due to injury twice during 2016 and […]

http://www.blogtalkradio.com/kansascitybaseballvault/2017/08/24/injuries-and-bullpen-shakeups-bp-kansas-city-episode-68.mp3 The Royals didn’t take advantage of a matchup with Cleveland but they haven’t really lost ground on the teams in the wild card race. Despite injuries, their September schedule will give them a shot at the playoffs, but they’re going to have to take charge themselves, rather than expect the league to help them […]

Maybe the Royals have weathered the latest storm, ending their five-game losing streak on the road trip and then winning three of their last four. Of course, with the way the bullpen has thrown, it might not really matter in the long run. We’re at the point now where the long run isn’t really the […]