A 2-6 Monday for the Royals affiliates.

The Chasers struggles against the Colorado Springs Sky Sox continued on Monday.

The Chasers had 1-0 and 2-1 leads, but lost them and had to tie the game in the ninth to send the game to extras. After Ryan O’Hearn’s sacrifice fly sent the game to extra innings, the two teams exchanged zeros until he 12th. In that inning, Colorado Springs scored five runs off reliever Brian Flynn to put the game out of reach and defeat Omaha for the twelfth time in fourteen tries.

For the second start in a row, Foster Griffin was able to go just five innings but this time the lefty took the loss after the Naturals offense couldn’t back him up.

Giving up eight hits and three walks in the five innings Griffin gave up three runs while striking out just two hitters. In addition to Griffin, reliever Richard Lovelady gave up his first earned run in more than 30 innings, allowing a run on three hits allowed in the sixth inning. The Naturals offense compiled just six hits and one run in the loss.

The Rocks kept their winning ways going with a win over the Nationals High-A squad. Infielder Wander Franco’s two run home run in the fifth inning ended up being the difference maker for Wilmington. Starter Andres Machado earned the win while striking out seven in six and two-third innings.

A home run derby broke out in Lexington with the Nationals Low-A club coming out ahead.

The Legends out homered the Suns 4-3 but the runs via the longball were even with Anderson Franco’s three run home run off starter Garrett Davila. The home run was part of a four run inning that gave Hagerstown a 7-5 lead that Lexington couldn’t overcome, going 0 for 4 with runners in scoring position.

Two runs in the eighth broke a 5-5 tie that did in the Chukars. 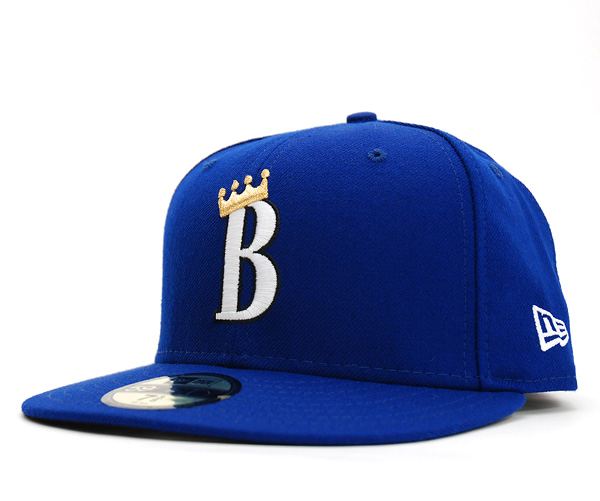 The Royals had a chance to give the Pulaski Yankees their first series defeat on Monday and despite a 5-0 deficit, they did just that with a big offensive output.

Trailing 5-0 Royals prospect Seuly Matias connected on a double with the bases loaded and came around on an error to quickly bring Burlington within a run. The two teams would exchange runs until the Royals took over the game late. A three run seventh gave the Royals their first lead with Matias chipping in a run scoring single and first baseman Dennicher Carrasco connecting on a two run base hit. The Royals would tack on single runs in the eighth and ninth innings while their relief corps of Collin Snyder and Jordan Floyd would shutout the first place Yankees for the final four innings.

The Royals bullpen let one get away in the ninth. A pair of Latin infielders drove in four of the six Royals runs with Angel Medina going 2 for 4 with two rbi and Esteury Ruiz improving his average to .426 with a 3 for 4 night and two driven in.

There were runs in just two innings of this one with the A’s five runs in the second inning being enough for the win. The Royals went just 2 for 9 with runners in scoring position and scored just their only two runs in the eighth in the loss.