Things haven’t been ideal for the Royals over the last few weeks, but now is their time to fix all of that if they are so inclined. They welcome the first place Cleveland Indians to town for a three-game set this weekend that, without hyperbole, has a chance to define the rest of the Royals season. Win the series and they still have a shot at the division. Lose it or, worse, get swept and they’re a Wild Card contender at best. The Indians are playing well right now, so it will be no easy task for the Royals. The Indians offense seems like it might be finally starting to kick in and the starting staff is looking good with Danny Salazar pitching like the Indians had expected all season. This is as good a team as we suspected. The question is if the Royals can make them pay for waiting until this late in the season to put it on display. 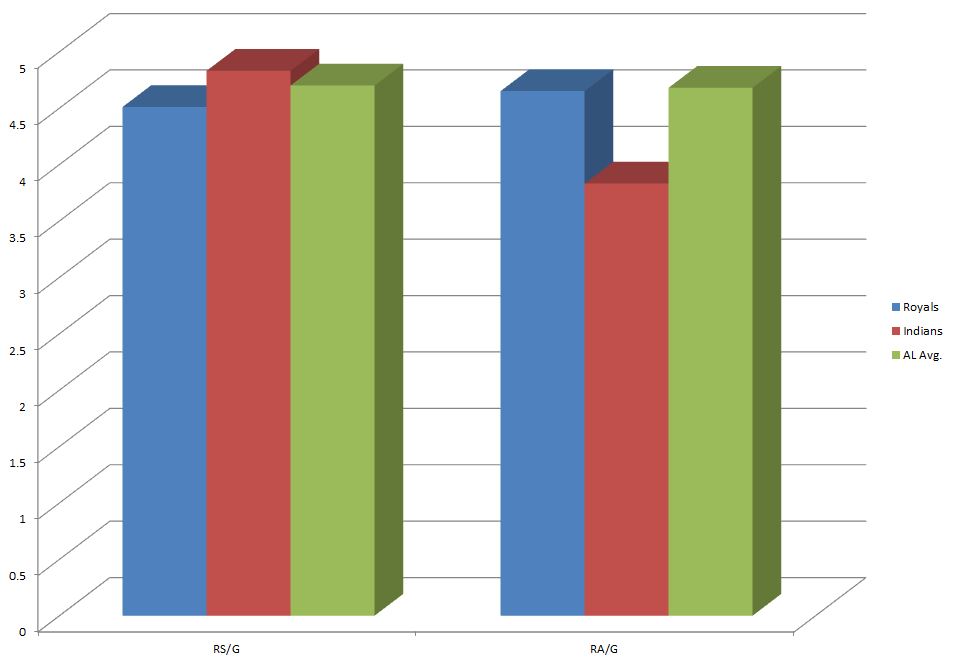 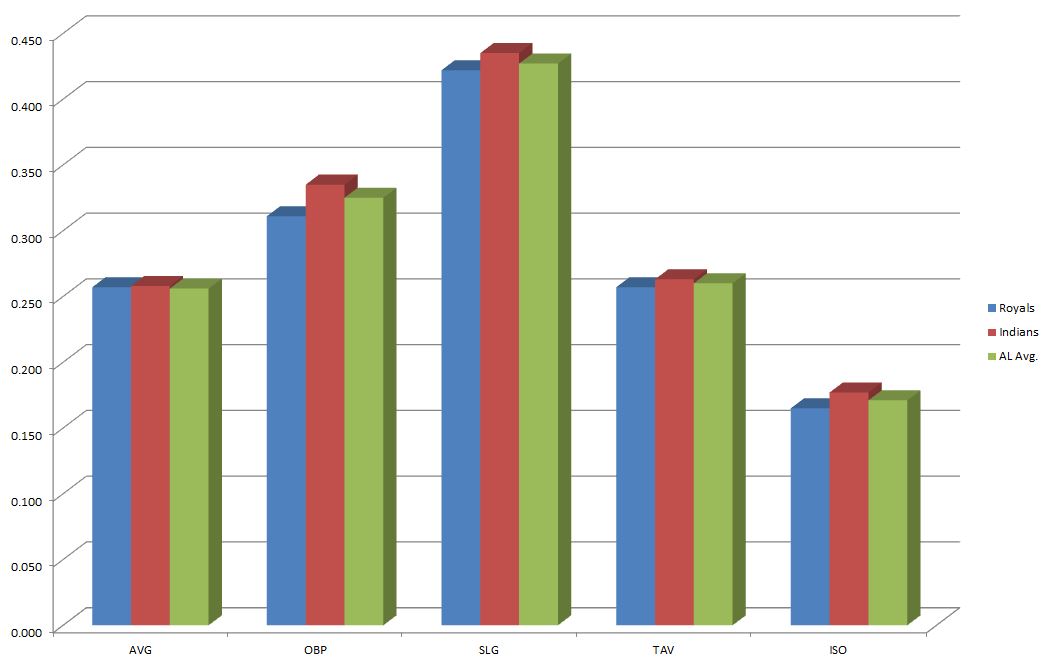 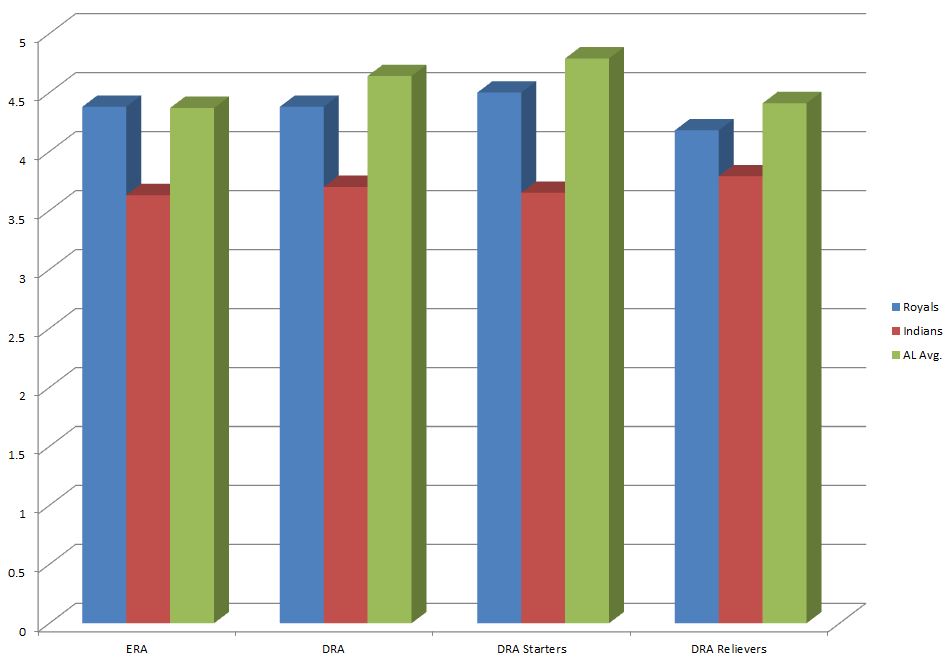 The Indians ace has been incredible since coming off the disabled list, going 8-1 with a 1.85 ERA in 14 starts spanning an incredible 102.1 innings. He’s struck out 151 in that time and allowed just 59 hits. The extremes are, well, extreme. This will be difficult for the Royals. Amazingly, it’s the first time they’ll face him in 2017.

Kluber throws a sinker, slider, cutter, four-seam fastball and the occasional changeup. The sinker and four-seamer come in around 93 mph with some impressive movement. The cutter is thought of as dominant at times, but he’s allowed six home runs in 128 at bats off it, which doesn’t seem like a lot, but it is for him. If you’re looking for the pitch that’s given him the most grief, it’s the sinker. He’s allowed a .345 average and .569 slugging percentage on that one. Whit Merrifield is the guy to watch here as he’s hit .542 on sinkers this season with a 1.250 SLG. Eric Hosmer has also fared well against sinkers this year and is a career .280/.333/.580 hitter against Kluber. For that matter, Mike Moustakas has hit .459/.500/.703 against him. So there’s been some success against the excellent righty, which is nice to see.

Kennedy has been fighting it a bit, but the Royals said they uncovered a bit of a mechanical flaw and he pitched much better in his last start against the White Sox. He did allow two home runs, but Kennedy and home runs go hand in hand. He’s faced the Indians once this season and gave up four runs over five innings in a Royals win in late May. The Indians power concerns me, but outside of Jose Ramirez, nobody has hit him especially well in the past.

Bauer has been an enigma since he was drafted. The Diamondbacks struggled with his different style of preparation and training while the Indians seem to embrace it, but he still hasn’t put it together to become as good as his talent suggests he should be. While this season has been no different, there are signs lately that he might be starting to figure things out (though we’ve seen them before). He’s gone 3-0 with a 1.88 ERA in his last four starts with 33 strikeouts and five walks. He’s allowed 28 hits in the 28.2 innings, which is weird for a guy with his stuff, but he’s allowed more hits than innings pitched this year on the whole.

He throws a lot of different pitches, but he focuses mostly on a similar repertoire as Kluber, but with a curve taking the place of the slider. Like Kluber, the sinker has been hit hard, but unlike Kluber, he’s already struggled with his changeup, cutter and some with his fastball, though not to the point of real concern. With that in mind, Merrifield is a good bet in this one to click as well. Bauer’s movement makes him very difficult for right-handed bats to pick up, but lefties have hit .286/.349/.504 against him this year, so the Royals lefties could do well in this one. One thing to take solace in is that while he’s been much better lately, the third time through is an especially big struggle for Bauer. He’s allowed a .728 OPS the first time, .758 the second time and then that jumps to a robust .922 OPS the third time through the order. If the Royals can scratch across a run or two early and a few base runners to get to the third time through by the fourth or fifth, they could put some runs up against Bauer.

Vargas got back into the win column for the first time in August in his last outing with a quality start against the White Sox on Sunday. He’s started to look a little better at times with his changeup, but he looks to me like a pitcher who might be running out of gas, and I didn’t believe that a couple starts ago. The hope is that he can replicate his best start of the season, which came against the Indians when he threw a shutout, striking out three and walking one. Since then, he’s 7-3 with a 4.88 ERA. That’s not as good as he was early in the season.

The last time Salazar started against the Royals, it was the last straw for the Indians and they sent him to the bullpen. He wasn’t horrible, but he wasn’t good, going 5.1 innings and giving up four runs on six hits with five walks. After two relief appearances, he went to the bullpen and then the disabled list. Since returning, he’s gone 2-0 with a 1.39 ERA in five starts and hasn’t allowed more than two runs in any of those five starts. In that time, he’s struck out 46 and allowed 18 hits in 32.1 innings. When Salazar is good, he’s really good, and he’s been fantastic lately.

Salazar is different than Bauer and Kluber. He relies heavily on a very good four-seam fastball that he throws 95-96 mph and a changeup that can be devastating. He does mix in a sinker, slider and curve, but he’s gotten it done with the basic repertoire lately. This season, the trouble he’s had has come off the sinker, allowing 18 hits in 50 at bats with four doubles and five homers among them. Like Bauer, Salazar has had much better luck against righties than lefties, allowing a .275/.367/.471 line to left-handed bats compared to .201/.266/.328 to righties. That bodes well for Eric Hosmer, who has hit .406/.457/.844 in his career against Salazar. It also bodes well for Moustakas, who has slugged .889 on fastballs of 95 MPH or higher from righties.

Hammel has been on a solid run since the beginning of June, but he had one of his worst starts since then his last time out, giving up four runs in six innings to the A’s on Tuesday night. The good is that even with the four runs allowed, he was able to give the Royals six innings and he only walked one batter. The bad is that he gave up three home runs, which is a season high for him and the most since he allowed five on July 1st last season. Still, his last 14 starts have been solid, averaging six innings per and keeping his team in the game, which is what you want from your number four starter.

I’ve reached a point with this Royals team that nothing surprises me, and from game to game, I just have no idea what we’re going to see. That said, I don’t like the way the Royals are playing right now and the Indians seem to have mostly hit their stride. With the pitching matchups, I think the Indians take two of three and the Royals are left to lick their wounds on their off day Monday.

Tags: Ian Kennedy, Jason Hammel, Jason Vargas |
David Lesky
Follow @dblesky
I've been a Royals fan since the day I was born, and have had the opportunity to write about the Royals for nearly a decade now. The winning was better than the losing, but the losing is kind of familiar at least.
read more from David Lesky