The Royals now have an opportunity to make things right. After a terrible stretch of baseball has left them way on the outside looking in, they get the opportunity to face the team currently leading the Wild Card chase in the Minnesota Twins. A big series here could help propel them back into legitimate contention. A bad series and the rest of the month is likely playing out the string. The Twins have been hot since selling at the deadline, which is a bit of a surprise, and they’re doing it without Miguel Sano, which is a bigger surprise. Injuries may be the end of them, but for now, they’re handling it all somehow with their pitching staff a bit of a mess. 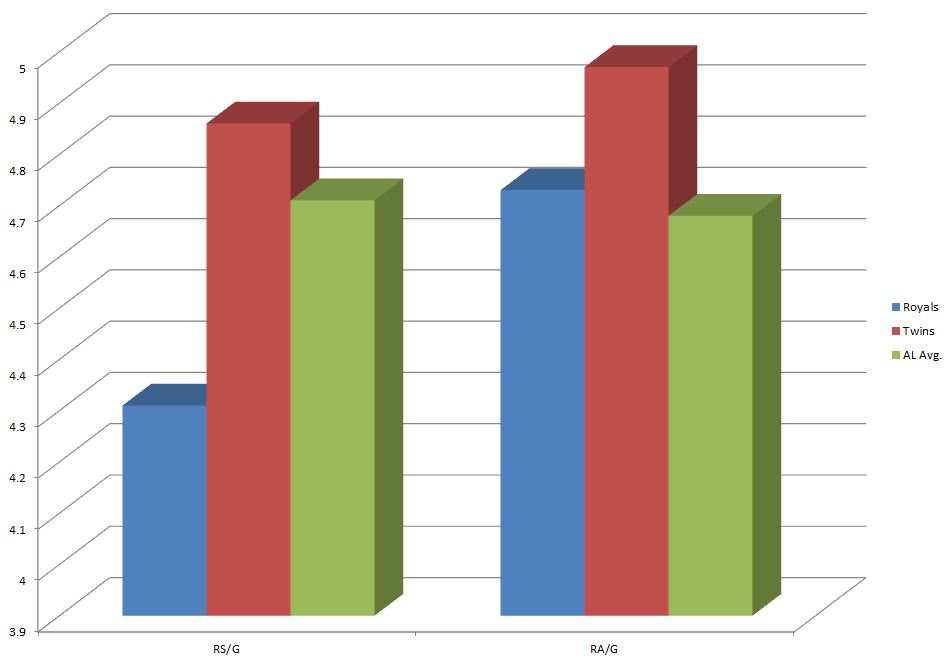 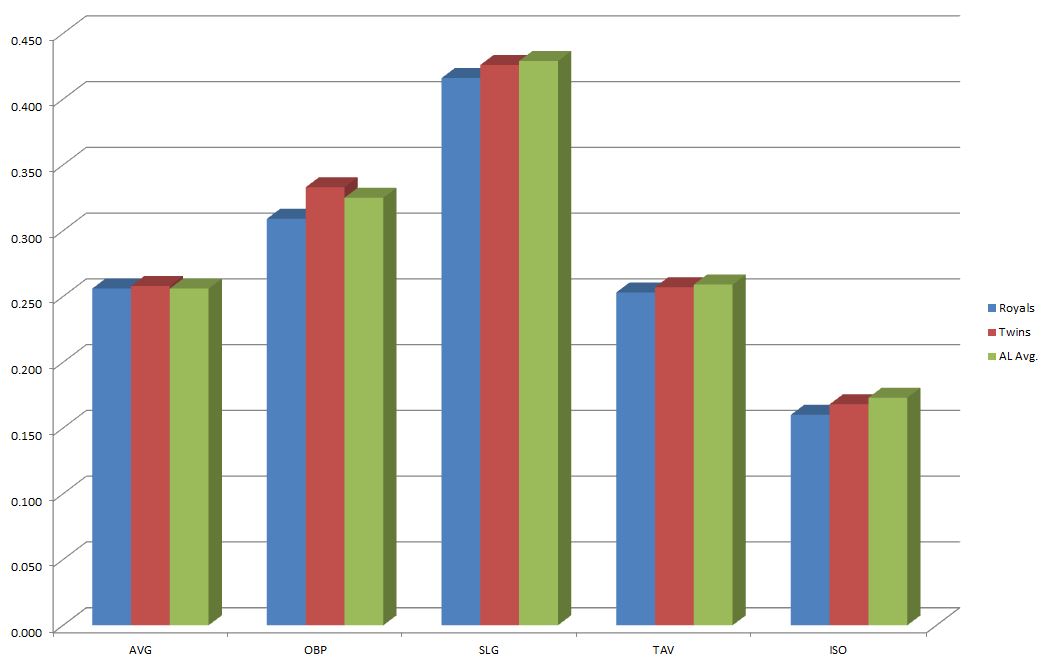 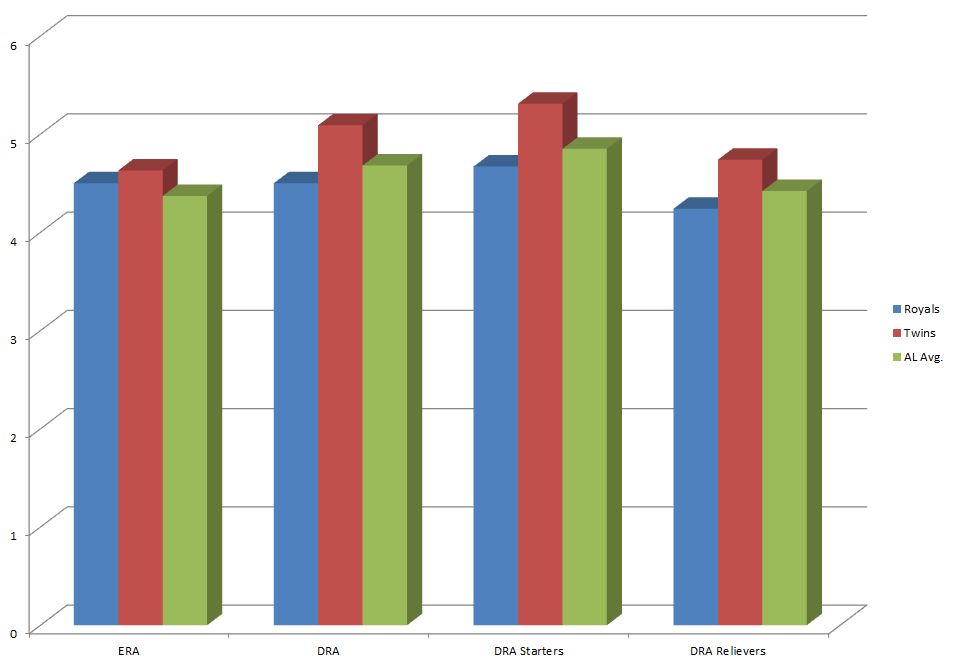 The Royals get the chance to face an old foe as Gee gets the nod in this one. He’s been pretty good for the Twins in a relatively small sample with 8.3 strikeouts per nine and 1.2 walks per nine in 22.2 innings. Not to say that pitchers can’t advance and develop, but I think we have a pretty good idea by now that the strikeouts are high and the control is a little better than we’ll see moving forward from him, but he’s been a nice pickup for them so far.

Gee throws five pitches, so that’s an advantage he theoretically has to get deeper into games. His sinker and his slider are the two pitches he throws the most, following by his four-seam fastball at 91 or so, his changeup and his curve. His changeup and his curve have been money pitches. On his fastball, he’s allowed a .263 average and a .684 slugging percentage. I guess the idea is to get after that fastball. Mike Minor actually has hit a home run against Gee in his career, but I don’t see him as a threat for the Royals offense in this one. Instead, I’d look to Eric Hosmer and, strangely, Alcides Escobar who have hit really well on his fastballs similar to Gee’s this season. Maybe this is finally the game Moustakas ties Balboni as he has a .586 SLG on those fastballs. So pick one out, Moose.

I’ve been saying it for months now. Hammel is the Royals most consistent starter, and that wouldn’t be a bad thing if there wasn’t also an argument that he’s their best starter. In 16 starts since the start of June, he’s pitched between five and seven innings every time and given up either three or four runs nine times. Only once has he allowed more than four runs in that time frame. If you want to worry about something, the one time was against the Twins in game two of that double header. Even so, he’s been a breath of fresh air for awhile.

It seems like a long time ago that it looked like Gibson was making good on his promise with a solid season in 2015. Since then, things have not gone well over his 48 starts, and this year is no different. He’s walking too many, giving up way too many hits and not striking out enough. He’s faced the Royals twice this year and allowed three runs in both starts, neither of which went long enough for him to be impactful, though they were both Twins victories.

Gibson doesn’t throw his sinker as much as he used to, but he still throws it a lot and still coaxes a good amount of ground balls. He’s throwing his four-seam fastball more to go along with his changeup, slider and curve. He’s given up some big damage on basically all his pitches but his curve, but his four-seamer has been the main culprit for him with a .338 average and .649 slugging percentage with seven homers allowed this season. Gibson has been a disaster at home this year with a 6.57 ERA in 12 starts and a ton of hits allowed. He tries hard to get ahead in the count and with good reason. When he’s ahead in the count, opponents are hitting .248/.252/.340 against him. When he’s behind, they’re hitting .348/.514/.613. The problem with working hard to get ahead in the count is that when batters have put the first pitch in play, they’re hitting .415 with a .723 slugging percentage. It’s a give and take.

It looks like Garcia is the choice for this one, and that’s scary. When he took over for Eric Skoglund, he initially couldn’t get an out, but he did settle down and gave the Royals 5.2 innings, which was a huge savior for the bullpen. The problem is that I don’t see him getting through this Twins lineup as easily. It’s much easier to pitch when the opponent has a 12-run lead they’re not so worried about losing. And his minor league numbers aren’t terribly promising either with a 5.04 ERA in Omaha in 20 games over 75 innings. I hope I’m wrong, but this start looks like it might be a disaster.

It looked like Santana was regressing to the mean big time earlier this season, and he has from his sub-2.00 ERA days, but he’s continued to pitch well this season. He went 3-0 with a 2.95 ERA in six August starts, including his league leading third complete game of the season. He did have one of his worst starts of the season against the Royals back in June, so maybe the Royals have a read on him, but the way the offense is sputtering right now, I wouldn’t count on that.

Santana works with a good 93-94 MPH fastball, a fantastic slider and then supplements with a sinker and a changeup. He’s gotten 83 strikeouts with his slider this season, which is more than his other pitches combined and has allowed a .146 average on it. He uses it more with two strikes, but especially more to right-handed bats, so guys like Whit Merrifield and Salvador Perez better focus on getting ahead in the count or ending the at bat early or else they’re going to be stuck with the deadly slider. One guy who I’m not worried about against Santana is Hosmer, who has hit .310/.429/.793 against him in his career. Yes, the sample is tiny with just 35 plate appearances, but to walk six times and homer four times while striking out just four times in those plate appearances says he sees the ball very well from him. Moustakas has also had some power success against Santana, if you’re looking for number 36 or maybe (hopefully) number 37.

Kennedy has been terrible. It’s that simple. He hasn’t lasted five innings since August 12th. He hasn’t given up fewer than three runs in a game since July 26th. And he’s now given up exacly two home runs in his last four starts. If the Royals think they have any chance to get back into this, Kennedy needs to figure it out. If he doesn’t, they’re in trouble, and I think they’re in trouble.

I want the Royals to sweep this series or at least win the series. I don’t think they do, though. I have basically zero confidence in Garcia and I’m guessing one of Hammel/Kennedy pitches well while the other one struggles, so I see the Royals just winning one and falling farther out of the race.

Tags: Ian Kennedy, Jason Hammel, Onelki Garcia |
David Lesky
Follow @dblesky
I've been a Royals fan since the day I was born, and have had the opportunity to write about the Royals for nearly a decade now. The winning was better than the losing, but the losing is kind of familiar at least.
read more from David Lesky