The Royals affiliates are winding down their season and Friday may have showed that with the teams combining to go 1-5.

The Chasers jumped out to an early lead in this one only to watch the defense help the Cubs get even.

The Royals likely callup later this month, Ramon Torres, gave Omaha an early lead when he launched a first inning slider 408 feet to right to take a 2-0 lead. A pair of doubles in the second by Garin Cecchini and Ruben Sosa in the second quickly upped the lead to 3-0 and a Corey Toups two out single in the fourth answered a Cubs run in their half of the fourth kept the lead at three runs.

With the game at 4-1 in the sixth the Cubs got a pair of hits and a sac fly off starter Jake Kalish to pull within 4-2, forcing manager Brian Poldberg to go to the bullpen. Turning to reliever Jake Newberry seemed like a solid move and it should have worked out for Omaha but an error by Ramon Torres when he nonchalantly threw to first and it ended in the dirt and past Frank Schwindel, allowing the tying runner to get to second after the error. The righty didn’t let the phase him, getting a flyout and another fly ball that appeared to be the inning ending out but left-fielder Corey Toups let it clang off his glove which allowed the Cubs to bring home the tying run.

Tied at 4-4 in the seventh inning John Andreoli jumped on a Newberry pitch sending it over the left-field wall to give the Cubs a one run lead. After putting just two baserunners on from the fifth through the eighth the Chasers would threaten with a walk and a single by Billy Burns in the ninth but Dean Anna would flyout to end the threat.

The Naturals likely can’t wait for the regular season to end as their long struggling second half continued. With the game tied at 1-1 in the fourth inning of this one Tulsa’s Johan Mieses connected on a three run home run off pitcher Zach Lovvorn that would give the Dodgers affiliate the lead.

With one of the Dodgers top prospects on the mound in Yadier Alvarez the Naturals had difficulty matching the offense needed to tie the game back up. The good guys would get a run scoring triple in the fifth and would draw within a run in the ninth on a wild pitch but they would get no closer to drop to 27-40 in the second half.

In what is likely his last appearance of the year Royals prospect Scott Blewett had a start that will likely motivate him in the offseason. The big 6’6 right-handed starter got tuned up for six runs thanks in part to six walks in just two and two-third innings. The Indians farm club didn’t stop with Blewett, scoring seven addition runs on the Wilmington bullpen while the Rocks could plate just four runs in the loss.

The Legends lost a back and forth affair to the Nationals farm club Friday night. The game started with a three run home run by Nationals ’16 4th round draft pick Nick Banks, hitting it off Lexington starter Nolan Watson. The Legends answered in the fourth inning getting a three run home run of their own by Meibrys Viloria to tie the game back up.

The teams would exchange runs again in the following two innings with Oliver Ortiz homering to take the lead in the fourth before a passed ball in the fifth tied it up for Lexington. From that point of the game, it stayed tied until the bottom of the ninth when the Nationals walked it off with a one out single that scored Blake Perkins from second after his double earlier in the inning. 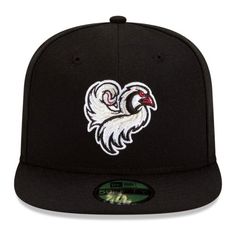 The Chukars offense went bonkers in this total laugher versus the Rockies. Scoring in each of the first seven innings Idaho Falls piled up 19 hits including three home runs while piling up 16 runs. All nine hitters reached base not once but two times in the game while also either scoring or driving in at least one run. Former Texas Longhorn Travis Jones did a little bit of everything, connecting on a 416 foot home run in the 1st inning to start the scoring, doubling two times and also stealing his fourteenth bag while scoring three runs on the night.

All this offense was backing up lefty David McKay who put his best start of the year together, working seven innings of shutout baseball while tying a career high with eight strikeouts to earn the win.

The Royals jumped out to a 3-0 after the first inning but the Dodgers answered and kept answering as they piled up 14 hits and 11 runs off three different Royals pitchers in an easy win. In addition to the hit total, the Royals pitchers combined to walk eight Dodgers hitters as they struggled to keep the bases clear.

An unearned run in the second inning was the only offense the Royals could answer with in the loss.