With 20 games to play, the Royals have very little margin for error. In a way, they’re fortunate they get the opportunity to host the Chicago White Sox, a rebuilding team that should be good soon, but they aren’t there yet. These are the games the Royals need to take complete advantage of and sweep the series. It’s unfortunate it’s come to this, but that’s what happens when you go 7-16 in April and 10-18 in August. It makes it so they have to sweep multiple series in September, an unenviable task. To make matters a bit more difficult, the White Sox are coming off back to back games where they demolished the Giants and Jose Abreu is on fire. The good news is the Royals won’t have to worry about Carlos Rodon or Miguel Gonazlez. 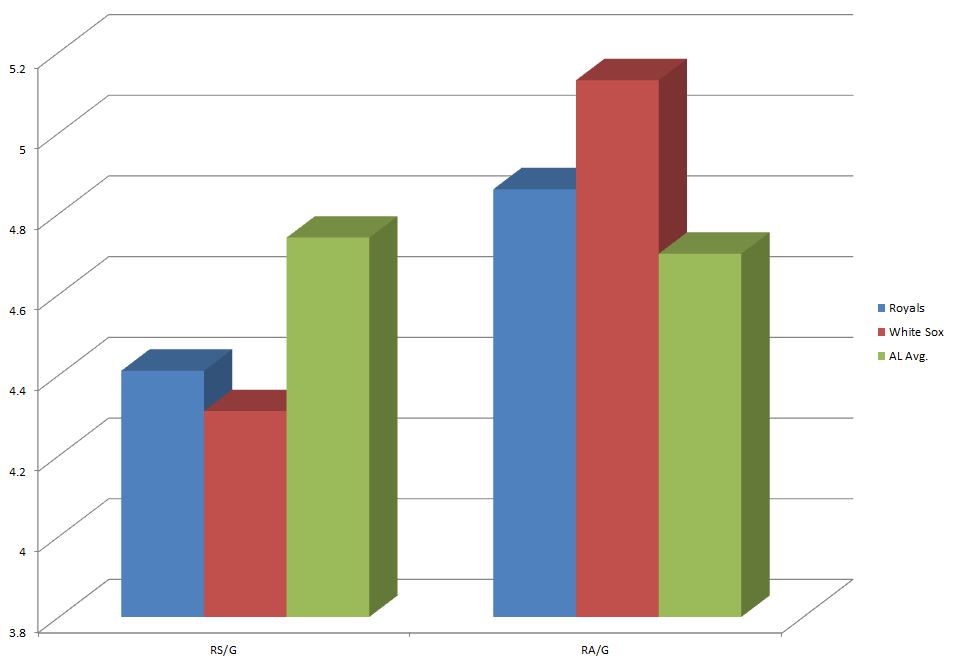 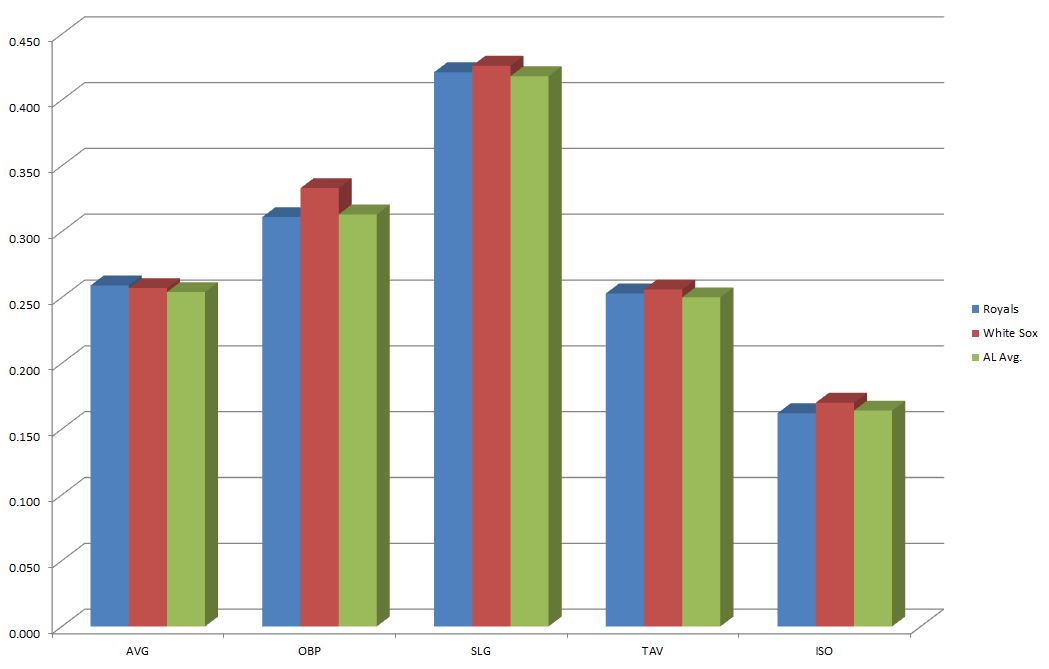 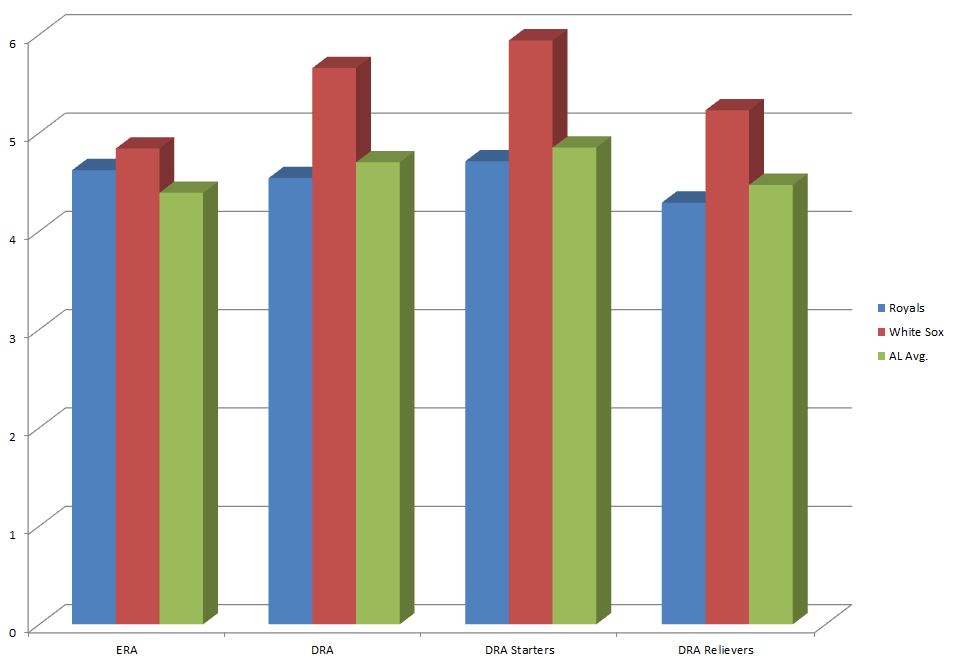 The Royals will get their second shot at Lopez, who made his White Sox debut against KC a few weeks ago. He has shown in his brief time with the White Sox what made him so attractive to them. He throws hard. He gets strikeouts. He looks like he could be a guy who could be really good. He’s also shown a little of why he’s not a future ace and some believe he’s a reliever long term. He walks a few too many and is susceptible to the home run. He kind of showed all that in his first start against the Royals, allowing two runs in six innings with six strikeouts, three walks and two home runs allowed.

Lopez throws his fastball quite a bit and it’s a big one, averaging about 95 mph, but with the ability to hit even higher than that. He also throws a changeup that flashes plus potential and a curve. The changeup has been responsible for three of the four home runs he’s allowed, but he’s also given up a .160 average on it, so there’s good and bad. With young players who haven’t really experienced a six-month season, you have to start to wonder if they wear down this time of year. He threw 153.1 innings last season and is at 143.1 this year, so that probably shouldn’t be an issue. He’s had an interesting split in his four starts, coming out of the gates looking great before stumbling his second time through the order and then getting back on track the third time. Remember those two home runs he allowed against the Royals? They were both to Mike Moustakas, so that gives some hope that the now gimpy slugger could finally break the record.

Speaking of wearing down, Jason Hammel has had some second half struggles in recent seasons, and his 161.2 innings is just five shy of last season’s total and 16 short of his career high. For the Royals to have a shot, he’ll need to match the former. He can achieve the latter in his next couple of starts. He’s coming off a typical solid start against the Tigers, going six innings and giving up two runs. He’s gone at least six innings in nine of his last 12 starts and hasn’t thrown less than five since May. Somehow he hasn’t faced the White Sox yet this season.

Dylan Covey is, well, not good. He doesn’t strike anyone out and he walks too many. He allows a ton of hits and has given up 17 home runs in his 49 innings. He’s faced the Royals twice this season, but he hasn’t made a start since May. He gave up eight runs in 10.2 innings against the Royals in his two starts. In his six relief appearances since getting pushed out of the rotation, he’s given up 10 runs in 11.1 innings for a 7.94 ERA, so it’s been an improvement.

He throws a four-seam fastball and a sinker at about 92-93 mph that he mixes with a cutter, curve and the occasional changeup and slider. Since it’s mostly hard stuff, it’s kind of tough for him to slow down or speed up hitter’s bats, which is a big reason why he doesn’t get many swings and misses. He’s allowed a .405 average and .811 slugging percentage on his cutter, so that’s a pitch the Royals should be sitting on if they can. It’s not like the other pitches are so good they have to avoid them, but that cutter is not good at all. Sitting on the cutter could be good news for Lorenzo Cain who has hit .444 on them, but Eric Hosmer has hit just .250, so maybe he’d do well to hold out for the four-seamer. Hosmer did hit a homer off Covey earlier this year, as did Jorge Bonifacio.

Gaviglio’s Royals debut was a success after he went five innings and gave up just one run. If we’re being honest, he wasn’t that good, but after watching guys like Onelki Garcia and Eric Skoglund get absolutely lit up, it was a nice change. He did face the White Sox once this year, going five shutout innings against them in mid-May when he was with the Mariners. The lineup then included Melky Cabrera and Todd Frazier, but maybe he can repeat that performance.

Just a reminder, due to the U2 concert at Arrowhead, this game is now being played at noon.

Giolito was one of the prize returns for Adam Eaton in their deal with the Nationals this winter, and he’s been solid in his first four starts with the White Sox. Like Lopez, he made his debut last year with the Nationals, but things have gone much better this time around. He’s getting strikeouts and his control has been quality. He’s allowed just 15 hits in his 25.1 innings, but five of them have gone for home runs. The big difference for him this season, at least in the small sample, is that his fastball has been way more effective this time around.

It’s not as big a fastball as I expected it would be, but he still throws it at about 93 mph with potential for more when he needs it. He also uses a changeup, slider and curve. The curve is the pitch that he gets a lot of contact on, but it’s still been decent for him so far this season. I mentioned innings with Lopez, and the same applies for Giolito. He threw 136.2 innings last year in a career high and is now at 154 this season. He’s potentially getting to a point where he could hit a wall. It would be great for the Royals if it happened during this start. At 6’6”, he gives right-handed hitters some trouble, but lefties have hit him well this year with a .266/.336/.493 line between the majors and minors. That could mean good things for the Royals considering the fact that the big power in the lineup is almost exclusively left-handed.

Eric Skoglund will get the start in place of Ian Kennedy, who is battling a sore hamstring. Realistically, Skoglund shouldn’t be pitching for a team hoping to land a playoff spot, but times are tough in the Royals rotation. Since his fantastic debut against the Tigers, Skoglund has made three starts and they’ve lasted a combined 4.2 innings in which he’s allowed 13 runs on 18 hits with four strikeouts and six walks. The White Sox are less than good offensively, but him pitching in a day game with Jose Abreu on the prowl makes me very concerned for this one.

Like I said above, the Royals need to sweep this series. The problem is that as bad as the White Sox are, I think the Royals are just running on fumes with all their injuries, and that’ll make it tough to get what they need. I fear that one of these starters will shut down the offense while one of the Royals starters will implode, especially with how hot Abreu is lately. My guess is the Royals win two of three, and the hope is that the rest of the Wild Card contenders struggle to the point that two of three is enough to keep them close.

Tags: Ian Kennedy, Jason Hammel, Sam Gaviglio |
David Lesky
Follow @dblesky
I've been a Royals fan since the day I was born, and have had the opportunity to write about the Royals for nearly a decade now. The winning was better than the losing, but the losing is kind of familiar at least.
read more from David Lesky