A little less than two years ago, the Royals and Blue Jays were fighting to determine who would represent the American League in the World Series. Now, both teams are still alive for the second Wild Card, but both are longshots. The shot is a little longer for the Blue Jays, though, as they’ve seen their once vaunted offense turn cold this season in spite of huge power seasons from Justin Smoak, Josh Donaldson and Kendrys Morales. Unfortunately for them, Donaldson and Smoak have been the only two contributors to be consistently good all season and even Donaldson missed time. It was just one of those years for them. 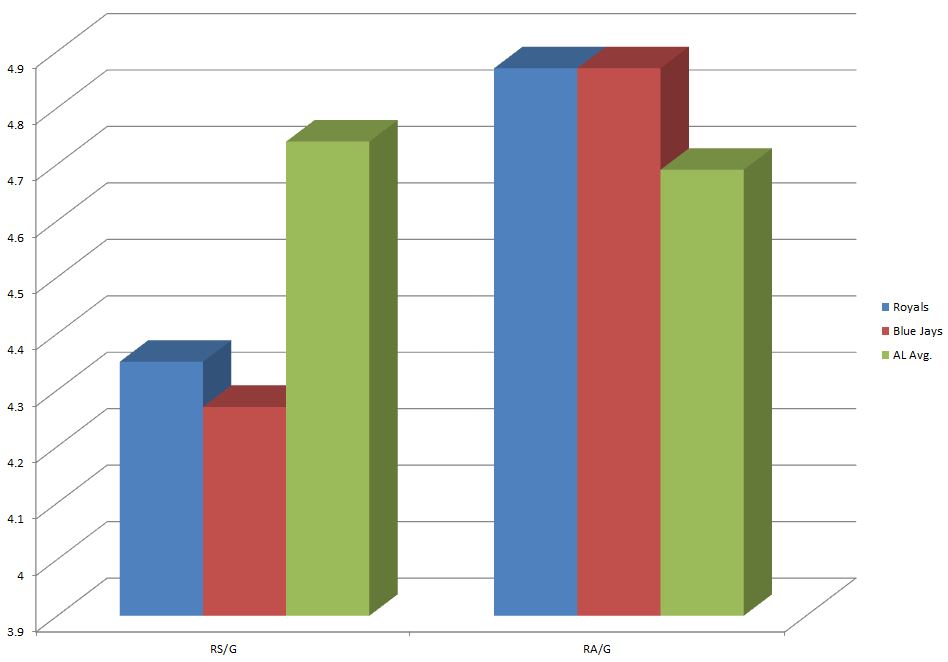 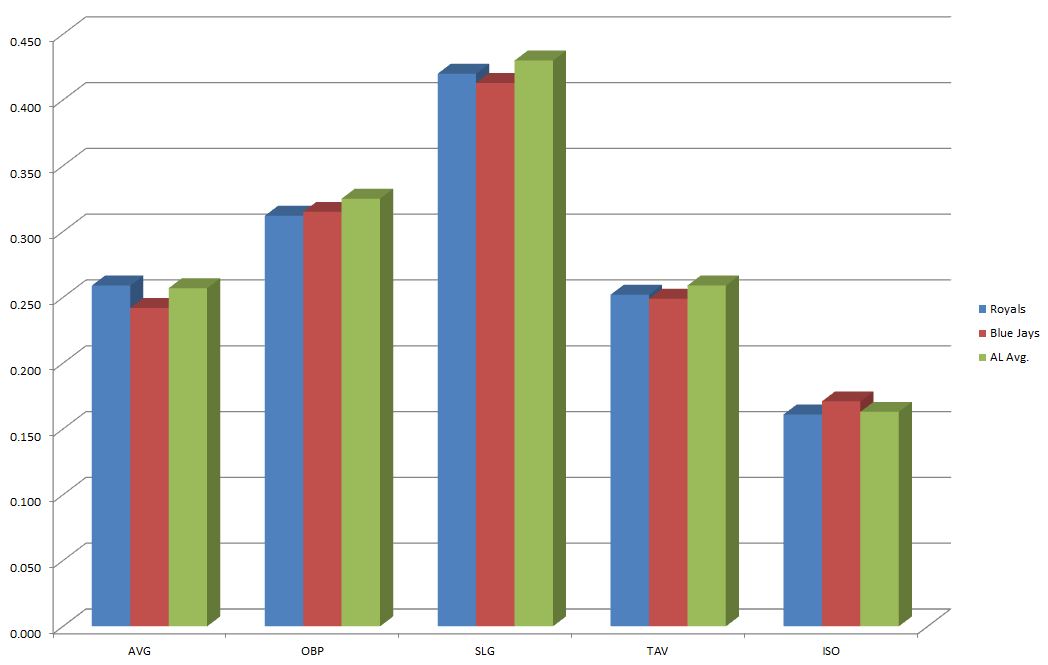 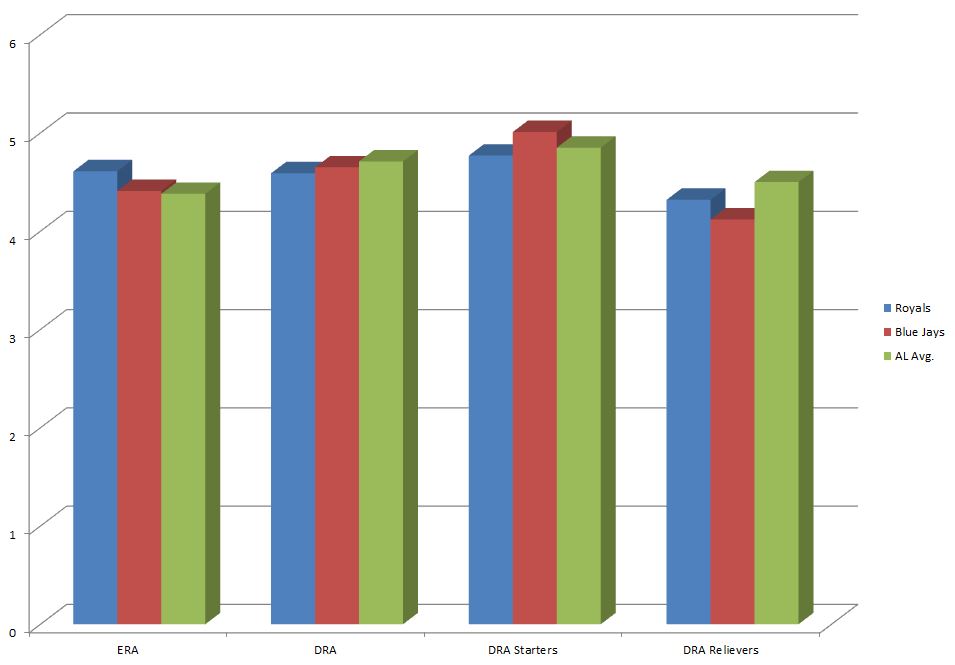 Stroman is only 26 and has had a nice career in his four seasons, but this is his best year so far, at least on the surface. It’s not that I don’t think he’s a very good pitcher, but rather that I don’t think he’s demonstrably better than he was last season. And that’s okay because he’s a legitimately good starting pitcher. It’s just the ERA is probably a little bit shinier than it should be given that he allows a fair amount of hits and doesn’t get a ton of strikeouts. He limits home runs nicely, which plays especially well in 2017 baseball, but I think he’s more of a really good number two starter than a number one.

Stroman relies heavily on a very good sinker that has produced a ground ball rate of better than 60 percent in each of the last three seasons, sitting at 61.8 percent this year. He throws it hard too, averaging 93-94 mph. He mixes in a nasty slider that is his strikeout pitch and then supplements with a four-seam fastball, changeup, curve and cutter. He throws those four pitches combined a bit more than 20 percent of the time. While the sample is small, a pitcher relying so heavily on a sinker isn’t great against the Royals. Eric Hosmer is hitting .538 on them while Lorenzo Cain, Whit Merrifield and Salvador Perez are all hitting .400 or better. Hosmer is even slugging 1.000 on sinkers while Merrifield is up to .895. The Royals can definitely do some damage on Stroman if he isn’t pinpoint with his primary pitch. Stroman hasn’t started against the Royals this season, but he has three career regular season starts and he’s pitched quite well with a 2.84 ERA and 16 strikeouts to three walks in 19 innings.

Kennedy looks like he’ll get the nod after missing a start with shoulder fatigue and tightness. If that’s truly what was bothering him, then maybe with the rest he can get back to looking like he did in April. But I have my doubts, especially in that ballpark in Toronto and against that lineup. As much as they’ve struggled to score runs, their big home run threats are just that, and Kennedy can struggle with the long ball at times. I have my doubts that he can turn it around with so little time this season, but I guess it would be nice to see him pitch well before the season ends just to have some hope for him moving forward.

Anderson was picked up by the Blue Jays after the Cubs released him and he’s been a nice story for them so far, though an injury (a blister) knocked him out of his last start and it’s unknown if he’ll actually make this start. Of course, that’s been the story of his career. He’s only twice made 30 or more starts. The first time was his rookie year in 2009 and the second time was 2015 with the Dodgers. Otherwise, it’s just a lot of injury issues for the southpaw.

He isn’t a soft tosser necessarily, but he doesn’t throw hard either, averaging 90-92 mph with his fastball and sinker. He throws the sinker more than any other pitch, but doesn’t get the grounders as well as Stroman. He also has a slider, a curve and a changeup. This season, the four-seam fastball (.357 average, .750 slugging percentage) and the changeup (.364 average, .682 slugging percentage) have been destroyed. His slider has basically been his only truly good pitch. Teams have really shied away from giving lefties at bats against him as they only have 34 plate appearances all year, compared to 165 for righties. That’s interesting because both this year and in his career, lefties have actually hit him better. It’s interesting that only three Royals have even hit against Anderson before, given how long he’s been in the league. I guess his injuries have made it so they always missed him.

Junis is coming off another good start against the Indians, giving up just one run in 5.2 innings. I think it’s interesting how quick Yost’s leash with him has been at times, but one thing I’ve seen is that his pitches do pile up a bit against the offenses willing to work him. Still, he’s only thrown more than 90 pitches in three of his seven starts and he’s been at least average in all of them. The big thing for him is that he hasn’t given up the home run ball much since returning to the rotation and he’s limited walks well with just three in his seven starts. I feel like the power of the Blue Jays could give him trouble, but I think he’s handled better lineups than this one.

Happ got the Pirates treatment in posting an incredible partial season with them in 2015 before finding some free agent riches based on his 1.85 ERA in 11 starts in Pittsburgh. He finished sixth in Cy Young voting last year before missing some time this year due to an injury. He’s still been very good, though, giving about six innings per start to go along with a solid ERA, enough strikeouts and good enough control.

Happ relies a lot on his hard stuff, throwing his four-seam fastball about 43 percent of the time and his sinker about 28 percent of the time. The fastball is 92-94 while the sinker is a bit slower at 90-92. He also mixes a slider, changeup and curve, but he gets most of his outs with the hard pitches, including 61 percent of his strikeouts with the fastball. Unlike Anderson, Happ really handles lefties well, so this would be an opportunity, in my mind, to get Jorge Soler and Jorge Bonifacio both in the lineup. I find it interesting that the Royals haven’t done much with Soler, so this is a game that could make sense for him. The Royals should not let Happ settle in because he has a .713 OPS allowed the first time through, followed by a .759 OPS allowed the second time through, but that drops to .630 the third time through the order. He gets into a groove and that’s trouble. The same is true in an at bat. On plate apperances ending on the first pitch, he’s allowed a .410 average and .656 slugging percentage compared to .255 and .410 overall. Get to him early in the at bat and early in the game and he’s yours. Wait and you’re in for a tough time.

Vargas actually pitched a little better than the end line against Cleveland the other day, I think, giving up three runs in five innings. It looked like the Royals were being careful with him, getting him out before he could give up more damage, but he’s been better the last two times out, allowing four runs in 10 innings. That’s not great, but it’s a huge improvement over the previous seven starts. If his changeup is working, I think he can really stymie this Blue Jays lineup like he did back in June when he went seven and gave up just two runs. If it’s not, I think they could hit the ball quite far quite often against him.

The Royals playoff hopes aren’t completely gone, but they may as well be. This series doesn’t mean much for either team, no matter what they’ll both tell you. I think the Royals do win two of three before heading to Chicago to hopefully finish the year on a strong note, but given the “meh” nature for both teams, I don’t think much would surprise me from this three-game set.

Tags: Ian Kennedy, Jake Junis, Jason Vargas |
David Lesky
Follow @dblesky
I've been a Royals fan since the day I was born, and have had the opportunity to write about the Royals for nearly a decade now. The winning was better than the losing, but the losing is kind of familiar at least.
read more from David Lesky