Starter Charlie Neuweiler had a rough second inning due to some rough defense behind him but settled himself down and gave his squad time to make a comeback. After Ricky Aracena singled in a run in the second inning, Greenville scored five runs (2 ER) in the home half, getting four hits and a pair of errors from the Lexington defense to put the five runs on the board. The fourth inning saw Marten Gasparini get his big offensive night jump started with an RBI single. After the second, Neuweiler found a groove, working around a leadoff error in the third inning to retire the final nine hitters he would face. In the sixth, the offense would bail him out of the loss with a rbi triple by Manny Olloque to cut the lead to two before Gasparini went deep to tie things up at 5-5. Lefty reliever Holden Capps tossed three consecutive shutout innings to keep the game tied and Gasparini would be back at it, doubling to lead off the ninth to help set up a two-run inning that would complete the comeback and ultimately give the Legends the win.

Starting pitcher Nolan Watson had one of his best outings of the season in leading the way for a Wilmington win Monday night. The former 1st round pick worked seven innings for the second consecutive start, working efficiently with 59 strikes on 89 pitches with his High-A high seven strikeouts. The Red Sox used sacrifice flies in both the second and third innings to plate runs versus Watson but could do more against him or the bullpen. The Rocks trailed 2-1 through five but took the lead back with a pair of runs in the sixth, scoring on a wild pitch and a single by Nick Heath. An eighth inning RBI single by D.J. Burt and a run-scoring double by Gabe Cancel added a pair of insurance runs which were more than enough with reliever Tyler Zuber tossing a scoreless ninth frame.

The two teams exchanged five runs in the first six innings to push the game into extra innings after a pair of scoreless innings by Walker Sheller. The Naturals took the lead in the tenth with a two-out single by Nick Dini to score their free baserunner but that lead wouldn’t last long. Struggling reliever Bryan Brickhouse got two outs in the tenth but tossed a pair of wild pitches that allowed the Cardinals free baserunner to score before Victor Roache connected on his second home run of the game to walk things off, giving Brickhouse his fourth loss in just eight Double-A appearances.

The Sounds overcame the Storm Chasers scoring their free baserunner in both the tenth and eleventh innings before walking the game off in the eleventh. In a spot start, Arnaldo Hernandez struggled with his control, walking five against five strikeouts. The right-hander worked five innings, giving up a pair of runs with three hits allowed leaving the game with runners on that scored to tie it up with Richard Lovelady on the mound. The game stayed knotted at 2-2 until the tenth when Nicky Lopez walked with the bases loaded to give Omaha the lead. The Sounds tied it up in the bottom half with no outs and then connected with a pair of singles in the eleventh to tie the game up and take the win home against reliever Kevin Lenik. 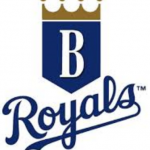 A four-run ninth led to a walk-off win for Burlington over the Cardinals rookie squad. The Johnson City lineup plated a pair of runs on four hits against rehabbing right-hander Janser Lara despite four strikeouts from him in his two innings of work. Catcher Freddy Fermin homered to cut the lead in half in the second but after the two teams exchanged runs in the next two innings the Cards tacked on a pair in the seventh. With things looking gloom for the home team the Royals got off to a quick start with a leadoff walk to Fermin and a double by Brhet Bewley to put a pair of runners in scoring position. A pair of groundouts would put the game on the edge but a Jeison Guzman two-run single kept things alive while putting the tying run on base. That tying run would come on home when second baseman Jose Marquez blasted a 1-0 pitch out to right for a walk-off home run to win things for the Royals.

After Missoula shut down the Chukars offense for two games in a row, the Idaho Falls pitching staff returned the favor on Monday night. Starter J.C. Cloney spun six innings of shutout ball with just four hits allowed before turning things to the pen which kept the shutout going until the end. While the pitching staff kept things quiet, the offense did the opposite, connecting on 18 hits with a pair of hitters collecting four apiece. 2018 draftee Kyle Isbel led the way driving four runs in with a double and two home runs as the offense scored nine runs in the convincing win.