The Royals return home to take on the division-leading Cleveland Indians in a three-game set. The Indians have basically had their typical season. They started off middling and were sort of hovering around .500 for the first half of the season only to get hot after the break. They’re 21-11 since coming back and have opened up an insurmountable division lead in a division that nobody would challenge even if it was close. The offense has scored quite a few runs, but interestingly enough isn’t especially deep. They have Jose Ramirez who is their best hitter and Francisco Lindor who would be many teams’ best hitter. Then they have Michael Brantley and Edwin Encarnacion and then a lot of average or worse. But it works for them because the stars are so good. The starting pitching is their true strength even with Trevor Bauer on the disabled list. And their bullpen has added reinforcements to cover for Cody Allen and Andrew Miller’s struggles and injuries. This is a very complete team, with the caveat that if you can work around their star hitters, you can keep it relatively low scoring. That’s just easier said than done. 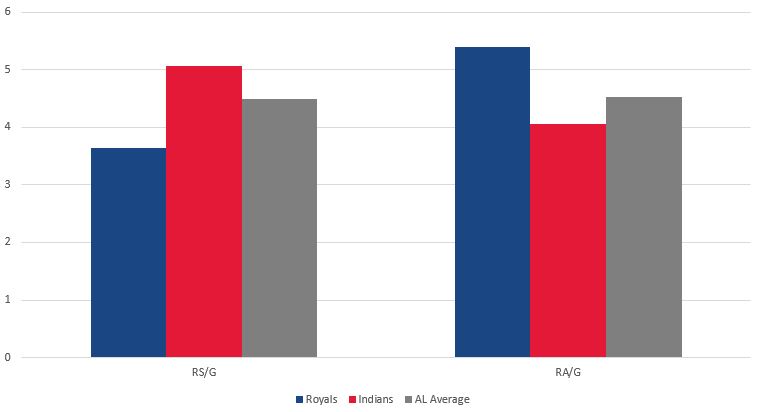 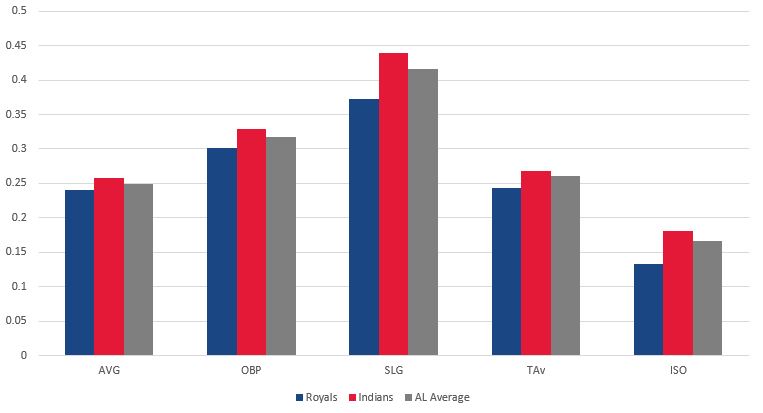 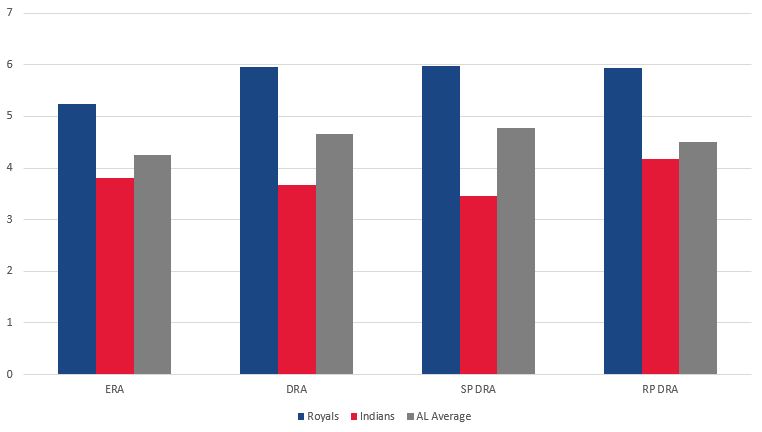 Clevinger may have been a bit of a late bloomer, but he’s settled in nicely as a very good rotation option for the Indians. His stuff is fantastic when he’s on and he is extremely difficult to square up with just a 32.7 percent hard-hit rate and a 5.5 percent barrel rate. He gets swings and misses on every one of his pitches, which is impressive. His curve is his best swing and miss pitch, but he doesn’t throw it that often. His slider is nasty and it’s not far behind. He also has a 93-94 MPH fastball and a good changeup, so he can beat you a lot of ways. If you’re looking for a weakness, his delivery makes him tough on righties but lefties pick him up okay with a .250/.333/.412 line against him. Other than that, he’s just been really good. He even doesn’t struggle a third or fourth time through the order with opponents putting up similar lines to the first two times through against him. He’s another Indians big league development success story.

Keller passed the 100 inning mark during his last start and looks to be holding strong for the Royals, and maybe even getting better. Since the break, he’s thrown 37 innings and struck out 31 while walking 13 and allowing 35 hits. The home runs are up a bit, but they’re still at a very manageable level. His 3.65 ERA seems awfully sustainable. And he manages the running game well with just one stolen base allowed in five attempts. Some of that is Salvy behind the plate, but some of that is Keller. His last time out against the White Sox was a big success because it was just the second time as a starter that he didn’t walk a batter. I don’t know yet that Keller can be a big league starter long term, but these six starts since the break give me a great deal of hope. He hasn’t started against the Indians yet, but he did go three innings against them to hold them down in the big 10-9 comeback win the Royals had back in May. He also had another 1.1 scoreless against them in April, so he’s pitched well in a limited sample.

Kluber isn’t the best pitcher in the game, but he’s definitely in the conversation and even in a time of struggle, he’s posted a 3.74 ERA in his last 74.2 innings. If that’s struggling, I think any pitcher in the world will take that. He’s just had a couple hiccups recently that we aren’t used to seeing from him. The Cardinals knocked him around in late June and he didn’t get out of the second and then the Yankees and Pirates hit him hard in back to back starts. Since then, he’s been a bit better but not quite vintage Kluber. He has thrown nearly 1,100 innings over the last five years so it’s possible that’s impacting him. He’s still excellent, so I guess it doesn’t matter much. He has been much better at home than on the road with a 3.35 ERA away from Progressive Field and a 2.24 ERA there. And I guess going after the first pitch is a decent idea. At bats that have ended after just one pitch has gone the way of the hitter big time with a .382/.390/.684 line. Of course, if you’re going to go after it, you better be prepared to be down 0-1. And when he’s ahead in the count, opponents are hitting .145 with a .208 SLG, so yeah.

Fillmyer had a bad start against the White Sox his last time that is bad enough statistically with six runs allowed on seven hits in three innings with three homers, but it’s even worse when you remember that he was given a 6-0 lead after two and couldn’t escape the fourth. His slider can be really good at times, but he’s a bit like Jakob Junis in that if it’s not working, he’s not working. I think Junis has more outside the slider, though, which is why he has a much better chance to stick in the big leagues than Fillmyer. He’s now allowed 10 runs on 12 hits in his last two starts spanning just eight innings. His ERA has jumped from 3.13 after his seven shutout innings against the Cubs to 4.57 now. My guess is he’s back in the bullpen soon. Interestingly enough, he also has three shutout innings in relief against Cleveland this year, so maybe he can build on that and get back on track.

Sorry, but I do think the Royals have a shot against Bieber. I guess it’s that you just Never Say Never. At least that’s what my Friends tell me about the Indians righty with impeccable control and the ability to be a Heartbreaker on the mound with a 93 MPH fastball he throws about 58 percent of the time, a ridiculous slider and a curve that can really Hold Tight. The Royals did manage to hit him decently with four runs on nine hits in six innings back in early July and he only struck out two, which remains his season low. Don’t be a Baby, Indians fans. I’m not throwing Cold Water on your young pitcher. All That Matters is that he gets the job done and he really has this season. You really get The Feeling that he’s going to be a solid pitcher for quite some time.

The second start for Lopez was much better than the first, but it didn’t make me feel any more like he can be a big league starter. Yes, I’m a bit biased because I haven’t believed he’d be a big league starter even from his time in the Brewers organization, but that just means I need to be proven even more than maybe some others. Five innings of one-run ball is fine, but he needed 95 pitches to get through it and maybe I’m wrong, but I thought his stuff took a dive after about his 70th pitch. He deserves to get starts the rest of the season because what does it matter, so we’ll see if things continue to get better, but at this point, he’s averaged 19 pitches per inning as a starter and that just won’t cut it long term, so it’ll be interesting to see if he can make strides.

I mean, I suppose the Royals could win a game. It’s not like Bieber is unbeatable and Clevinger is good but not elite or anything. That means they’ll probably beat Kluber because nothing makes any sense. Fine, I’ll do it. I’m going to be bold. I think the Royals take one of three.

Tags: Brad Keller, Corey Kluber, Heath Fillmyer, Jorge Lopez, Mike Clevinger, Shane Bieber |
David Lesky
Follow @dblesky
I've been a Royals fan since the day I was born, and have had the opportunity to write about the Royals for nearly a decade now. The winning was better than the losing, but the losing is kind of familiar at least.
read more from David Lesky