After getting some cold water thrown on them, the Royals travel back to Central time to take on the Minnesota Twins in a three-game weekend set between the Central Division rivals. As is always the case by September, we know quite a bit about Minnesota and about just how disappointing their season has been, with nothing more disappointing than Byron Buxton and Miguel Sano. Both have taken huge steps back this season and Buxton is even likely done for the year as they say they won’t be giving him a September callup. That’s a mighty fall. The rotation has been a mess with only Kyle Gibson exceeding expectations. Jose Berrios has been fine, but I think everyone was just expecting more. And the bullpen is just kind of a revolving door of meh. It’s easy to see how they’ve gotten where they are. 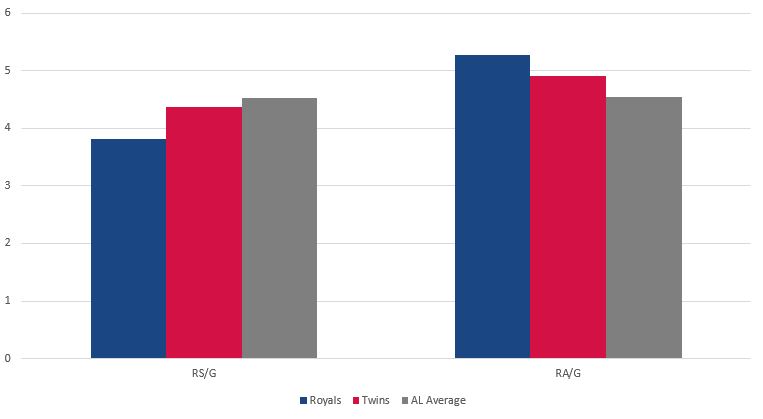 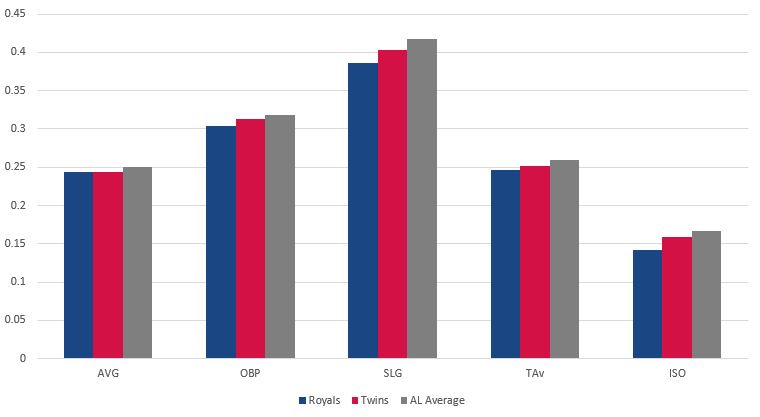 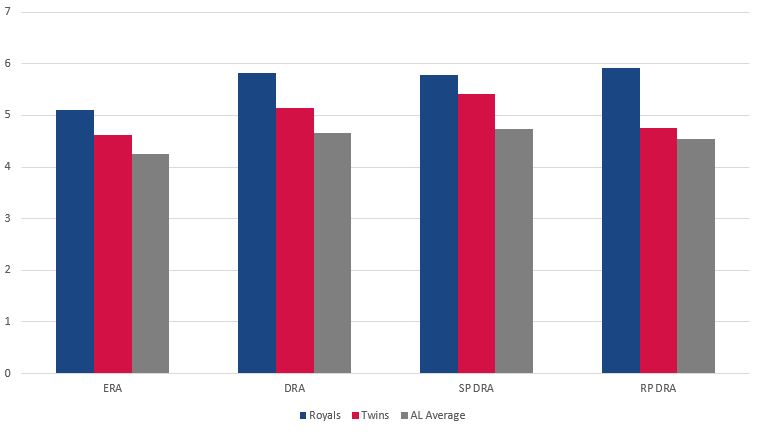 Gonsalves came into the season as one of the top 100 prospects in baseball according to both Baseball America and MLB Pipeline and had a really nice minor league season, posting a 2.76 ERA in 23 games and 120.2 innings with just 76 hits allowed. The big leagues have been a bit less kind to him as he’s allowed 19 hits and 10 walks in 10 innings while striking out just five. He’s a big guy, standing at 6’5”, but isn’t really a power arm with his changeup leading the way for him. His fastball is low-90s and his breaking stuff has a chance to be good someday. The control issues are curious and might just be a bit of nerves combined with maybe some fatigue as he’s now thrown 21 more innings than last season, though it’s not a career high for him, so who knows really? As a big leaguer, the sample is miniscule, but he hasn’t been able to get out lefties or righties with a .333/.429/.750 line allowed to lefties and .429/.545/.600 to righties. He had a reverse split in the minors this season, which is often a result of the changeup being the best pitch since they don’t throw it left on left as much.

Fillmyer just keeps sucking me back in. After he imploded against the White Sox a couple weeks ago and lost a six-run lead, I figured that was it. Then he went out and threw 13 innings in his last two starts with three runs allowed and a 3:1 strikeout to walk ratio. Yes, one of those starts was against the Orioles, and yes there are still underlying issues with Fillmyer, but I’ll repeat what I’ve said a million times this year. Why not see what he is? He started against the Twins in Minnesota at the beginning of August and lasted just three innings during that weird rain delay game and was hit fairly hard and only had four swinging strikes in 70 pitches. He’ll need to be better in this one for the Royals to get a win, even if the offense supports him.

I mentioned Berrios has been disappointing, which seems odd to say for a guy who is having a solid enough season, but after last year’s step forward, it really just seemed like another one was coming and it hasn’t. He has increased his strikeout rate and decreased his walk rate, so that part is good, but he’s also been more homer prone this season, which has given back some of the gains from the better strikeout and walk numbers. Really he’s just giving up a little more hard contact in general, and for a pitcher with the stuff he has, you wouldn’t expect that. Still, his curve is outstanding and has been even better this year than last, and when his fastball is on, he can be nearly unhittable with those two pitches. And, like Gonslaves, his changeup is a plus pitch as well, so really you’re talking about a guy who should be an ace, and I wouldn’t be surprised if the breakout was just delayed a year and he’s incredible next season. He has a 4.99 ERA in seven career starts against the Royals, but a lot of that was damage done during his terrible rookie season and last year. This year, he’s 2-0 with a 1.93 ERA in two starts with 14 strikeouts in 14 innings.

Again, the Orioles caveat applies here, but Lopez had the best start of his career his last time out, going seven innings and allowing just a run on five hits with eight strikeouts and no walks. He had 14 swinging strikes in 99 pitches, which is truly amazing, and very encouraging no matter who he was facing. I think his curve was talked up quite a bit, but his slider was insane last week with six whiffs out of 17 pitches and outs were recorded on all four put in play. If he can bring that slider and that curve to this game, he’ll be just fine against the Twins. Personally, I still have my doubts that he’s a starter in the long run, but please refer to Fillmyer, Heath regarding why not. In his career as a starter, he’s held opponents to a .220/.278/.320 line the first time through before that balloons to .413/.500/.543 the second time. The sample is tiny, but it’s a trend that isn’t promising. But again, let’s see if he can do it again against a team not as bad as the Orioles, but certainly not good.

After back-to-back matching 5.07 ERAs for Gibson, he’s finally doing what he did in 2015 for the Twins, just in time for his final year of arbitration before free agency. The biggest difference is that he’s just getting more strikeouts and more swings and misses in general. How has he gotten there? His slider has always been a great swing and miss pitch, but it’s been even better this year, so that’s one. Another is that his curve has been outstanding for whiffs with a 47.3 percent whiff rate, compared to 36 percent last year. And with that, I think his changeup has played up too and he’s allowed a .114 average on it, compared to .271 last season. He still throws his sinker quite a bit to get those worm burners, but the swings and misses have made him a truly different pitcher. And the Royals have seen quite a bit of him over the years. This will be his 18th start against Kansas City, and it seems like he’s almost always annoyingly good with a 3.40 ERA in 106 innings. This year has been more of the same. In 12.1 innings, he’s struck out 13 Royals, walked three and posted a 2.92 ERA. Alex Gordon has done well against him, and Hunter Dozier has two doubles in seven at bats against him, which isn’t a sample worth noting other than the fact that Dozier has been a doubles machine lately, so maybe he can carry that over.

Junis is on one now and looking like the guy we were so excited about in spring training and earlier this year. With seven two-hit, shutout innings against the Indians (with no walks, I might add), he’s padded his post-DL stats some more now having gone 52.1 innings in nine starts with 49 hits allowed, 53 strikeouts and a 2.75 ERA. The six unearned runs still loom, but even adding those in, he’s still at just a 3.78 RA, which is perfectly acceptable. I’ll say again what I’ve said a few times since his DL stint as well. With just three home runs allowed, it maybe does lend some credence to the idea that his back was a bigger problem than we originally thought. He’s faced the Twins twice this year and once since coming off the disabled list (his first start off). He’s gone 10 innings, allowed four runs on 10 hits with 13 strikeouts and five walks. He was solid against them last year too, so maybe this is just a good matchup for him.

The Twins are looking to next season and maybe they’re just figuring out a way to get through the season with some of the Rays “opener” strategy or maybe they’re looking to next season, but either way, it’s at least interesting. Hopefully, Salvador Perez can come back for this series given his crazy numbers at Target Field. If he does, I say they win two of three. If not, I say they win two of three.

Tags: Byron Buxton, Heath Fillmyer, Jakob Junis, Jorge Lopez, Jose Berrios, Kyle Gibson, Miguel Sano, Stephen Gonsalves |
David Lesky
Follow @dblesky
I've been a Royals fan since the day I was born, and have had the opportunity to write about the Royals for nearly a decade now. The winning was better than the losing, but the losing is kind of familiar at least.
read more from David Lesky