The Pirates had an interesting strategy at the deadline, buying and buying big in spite of their distance from the top of the wild card heap. The idea was that if they could continue winning (they were on one at the time), great, but their big move to acquire Chris Archer was with an eye on the future as well. Things didn’t work out in 2018, but they showed something to their fans they didn’t really during their impressive three-year run from 2013 to 2015. Offensively, they’re decidedly mediocre, without really having a difference maker, especially with Gregory Polanco out for the rest of the season. It’s really a whole lot of average. Their pitching staff, though, is pretty darn good, though it’s been brought down quite a bit by the bottom of the roster. Their starters are solid while the back of their bullpen is plenty good. There’s a lot to like about this team even if they aren’t quite there yet. 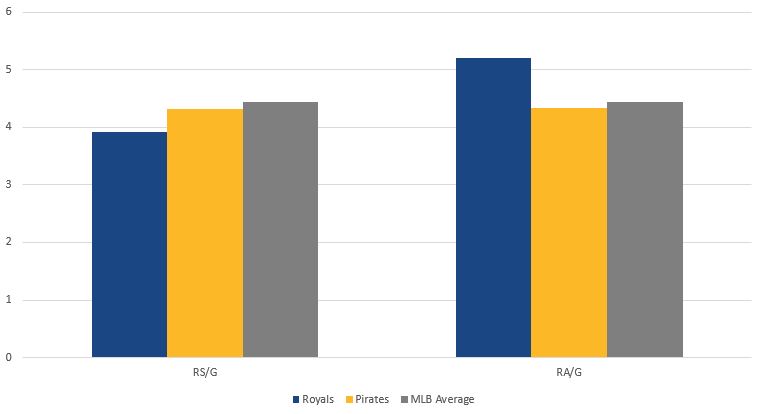 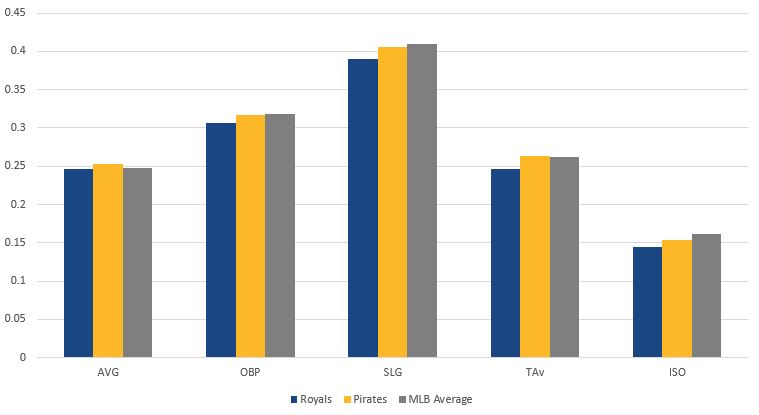 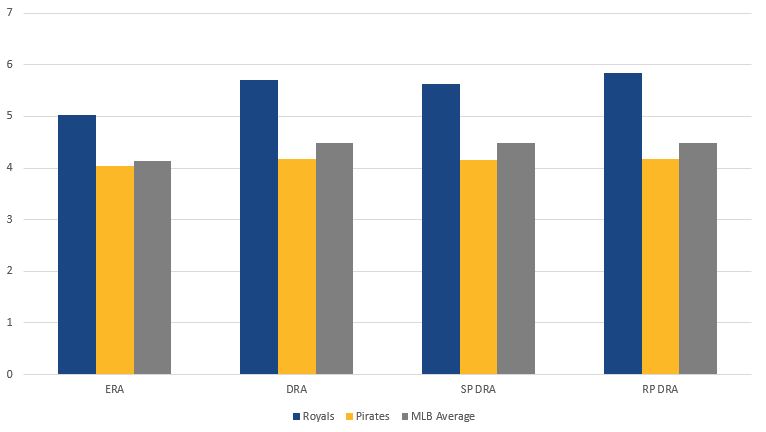 Musgrove was a nice acquisition from the Houston Astros, even if it seems like they should have gotten more for Gerrit Cole. He’s a guy who throws strikes and is generally an acceptable member of a big league rotation. This year, he’s really fit the bill as an average starter, which has legitimate value. He isn’t just a control type guy either. He has decent stuff, averaging 94 on his fastball along with a changeup and a slider that have been generally really good this season. Lefties have hit him much better with a .763 OPS and a .167 ISO compared to .615 and .113 respectively against righties. He’s not one to get terribly deep into games, pitching into the seventh in only about half his appearances and past there just one. Still, he’s a solid pitcher and a guy I could see the Royals struggling against.

Keller is starting to get some run as a Rookie of the Year candidate and while I think he’s the fourth best rookie at best this season, it’s nice to see him get the publicity. After another fantastic outing his last time out, he’s posted a 6-2 record with a 2.95 ERA since the break in 10 starts. He’s averaging better than six innings per start, striking out a reasonable number of batters and has even been getting more swings and misses lately, which is the biggest thing plaguing him in his quest to be a starter. I think there’s still reason to be skeptical, but he’s answered the bell all season long, and that’s great to see.

Taillon is a great story, having come back from cancer last season and looking like he’s put it together this year to become a very good big league starting pitcher. He gets strikeouts, has good control, limits hits well enough and eats some innings. He’s not an ace, but he’s certainly working his way into becoming a number two. He lives on 96 MPH pitches, throwing his four-seamer about 35 percent of the time and his sinker about 23 percent. His curve and slider are both very good, but his curve is the real strikeout pitch, making up 56 of his 156 strikeouts this season. Like Musgrove, he has a decent left-right split, so the Royals big lefty bats might be able to do some damage against him. The one thing that might make him seem like a candidate for some regression (in the future) is that he’s allowed a .264/.312/.429 line with nobody on, but .189/.269/.266 with runners in scoring position. It’s not that pitchers can’t be better in different situations, but that’s a pretty big gap.

Skoglund gets to make his second start since his long DL stint, and he was actually pretty good in his first one, giving up two runs over five innings. He was limited to just 67 pitches, so I doubt he’ll throw a ton more than that, but the Pirates are a touch worse in the contact department against lefties than righties, so if his curve his working for him, he might be able to turn in a good game. As you all undoubtedly know by this point, I’m a big proponent of swing and miss rates being a good indicator for the future and Skoglund just doesn’t get them. If he’s going to succeed, he’s going to need to, and I just don’t see it for him, but I’m rooting for it to happen.

I can’t imagine there’s a bigger “what if” pitcher in all of baseball. The stuff is electric. He strikes out a ton of hitters, he doesn’t walk that many and every indicator about him says he should be an absolute beast. But after a 2015 that was his third straight excellent season, he just hasn’t lived up to the hype. And now this year, he’s been extremely hittable with 145 allowed. I imagine the Pirates acquired him and his unbelievably valuable contract with the idea that they could fix him in a way they’ve fixed other pitchers before him. So far, he hasn’t been good in Pittsburgh, but maybe they can unlock some of what he’s capable of. PNC Park hasn’t been kind to him in his three starts there. He’s allowed a .293/.388/.517 line with just 15 strikeouts and eight walks. And like the previous two starters, he has a bigger issue with lefties than righties. Let’s just say if you play daily fantasy, Ryan O’Hearn might be a guy to stock up on. Of course, I just jinxed him, so move forward at your own peril there.

Fillmyer isn’t my favorite of the Royals young starters, but he’s shown me a lot more than I expected to see when he was called up. He’s gotten double digit swinging strikes in three of his last five starts, which is great to see. When he’s on, his slider is excellent and give him a chance to get through a lineup a couple of times. When he’s not on, well, he’s horrible. It’s those times where he gives up six runs in 2.1 innings and can’t protect a 6-2 lead. I honestly never know what to expect with Fillmyer on any given night, which is fine for a September game in a lost season, but it’s a big reason why I highly doubt he’ll be a key contributor on any good team.

I love the way the Royals are playing, but I just really don’t like the matchups in this series, so I’m going to predict the Pirates win two of three and put the Royals on the brink of 100 losses before they leave town.

Tags: Brad Keller, Chris Archer, Eric Skoglund, Heath Fillmyer, Jameston Taillon, Joe Musgrove |
David Lesky
Follow @dblesky
I've been a Royals fan since the day I was born, and have had the opportunity to write about the Royals for nearly a decade now. The winning was better than the losing, but the losing is kind of familiar at least.
read more from David Lesky