You’ve probably noticed this, but the Royals pitching staff has walked a lot of batters this season. If you haven’t noticed, you can read David Lesky’s article from a couple of weeks ago, and you can read the following sentence. The Royals have walked 9.8 percent of the batters they’ve faced this season, tied for the highest mark in the league. They’ve walked 137 batters, which is basically a whole crew of players the Royals have walked. It takes a lot to walk a crew. A lack of command, and a poor approach too. It’s too many walks.

But there are some walks that are more frustrating than others. For example: walks that occur after the pitcher gets ahead in the count 0-2. The 2016 Royals have had an issue with that.

Last year, Royals pitchers got ahead 0-2 against opponents in 1,180 plate appearances. Those counts eventually led to strikeouts 492 times, which was 41.7 percent of the time. They let batters draw a walk after an 0-2 count 40 times, or 3.4 percent of the time.

Yordano Ventura has had plenty of control problems this year, and but he’s still been able to get ahead of batters 0-2 on 30 occasions. That’s 17.8 percent of all the batters he’s faced, compared to 18.8 percent of the batters he faced last season. However, Ventura went from 0-2 to a walk just six times in all of 2015. He’s done it four times this year, and we haven’t even reached Memorial Day.

One came in his first start of the year, against Joe Mauer, when Ventura couldn’t get the veteran to bite on his offspeed stuff. 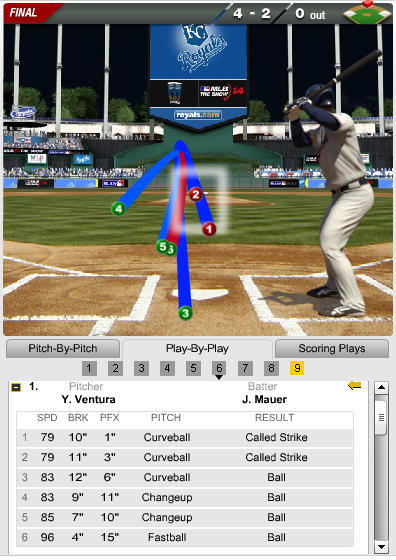 Another came against Orioles rookie Joey Rickard, when Ventura couldn’t find the zone with his fastball. 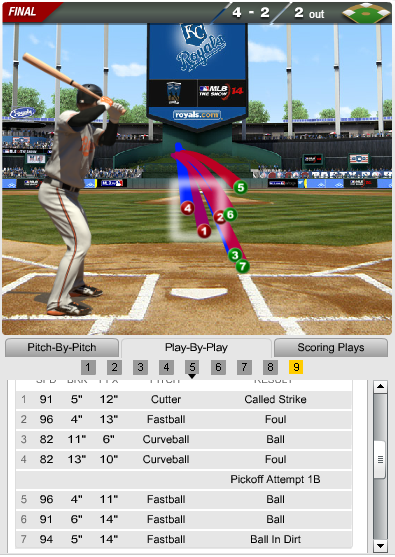 Nelson Cruz got away after falling behind 0-2 due to Ventura just missing the zone by a couple of inches. 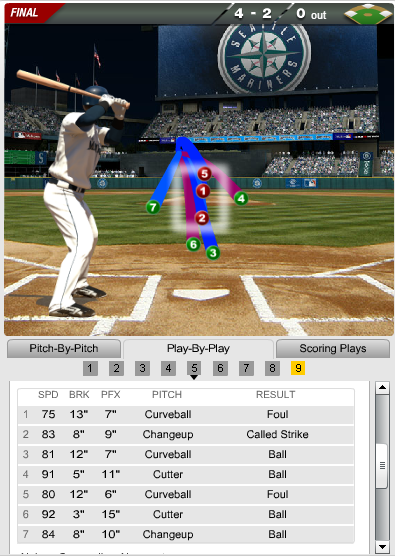 And he walked Lonnie Chisenhall after getting ahead 0-2, again because of poor command. 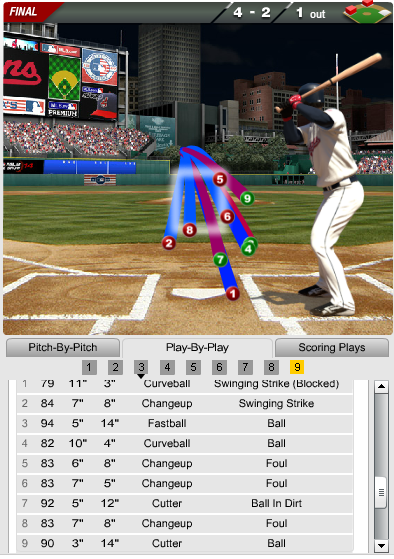 He’s not the only Royals pitcher who’s allowed multiple walks after an 0-2 count, though. Kris Medlen’s done so three times in 13 opportunities this year. Chris Young has done it twice. Heck, even Wade Davis has handed out two walks after getting ahead 0-2.

The Royals are walking too many batters overall, but the issue feels even more frustrating when 12.4 percent of all the free passes handed out have come after getting two quick strikes.

The odd thing is, though, that all those extra walks haven’t led to more production in those plate appearances, as this year’s OPS allowed (.364) is lower than last year’s (.442), but there’s something maddening about a pitcher losing a hitter via a walk. Giving up a hit after an 0-2 count isn’t fun, but it feels worse to walk a guy in those spots.

When a pitching staff is struggling, those are the things that tend to stick out. When pitchers can’t seem to get enough outs, letting a batter off the hook like that feels like an opportunity wasted. As if the universe just placed a $100 bill right in front of your face, and you tried to grab it with a handful of lit matches.

There’s also the residual effect of giving the opponent a chance to get back in the count. The pitchers have been the exact opposite of efficient, and that’s to be expected when a plate appearance lasts six or seven pitches instead of three. More pitches per out means more pitches per inning, which means fewer innings per outing, which means the team needs to carry 24 pitchers on the active roster to avoid wearing out everyone’s arms.

For instance: despite those walks, Ventura has held opponents to a .315 OPS when he gets ahead. But look at all those extra pitches in the above images. If Ventura gets those batters out on the third pitch, he saves himself 17 total pitches. That’s a best-case scenario, obviously, but the point remains: letting those batters get away has had an impact. Even though those specific plate appearances may not do a ton of damage, the damage eventually gets done.

The underlying causes could be anything from pitch selection, to mechanical inconsistencies, to injuries, and each pitcher may be dealing with a different issue. It’s going to take some work from the pitchers themselves, Salvador Perez, and Dave Eiland to get it under control.

Not every Royals pitcher is having this problem, of course. Ian Kennedy and Edinson Volquez have only allowed one walk each after getting ahead 0-2. Joakim Soria and Danny Duffy have combined to strike out 23 of the 42 batters in those situations, while issuing just a single walk (Duffy’s). It’s just that the bad has vastly outweighed the good.

Some of the bad in this department is no longer in the rotation, and if some of the issues are related to mechanics, they may be fixable, so the numbers could start balancing out at some point, hopefully with Ventura’s start tonight against the Red Sox.

The Royals will still issue walks, because those happen. You’d like to see them become less of a problem, but for now, they’re definitely a problem. Walking batters after getting ahead 0-2 is taking a solution to the problem, and putting it directly into the garbage disposal. They’ll need to correct this problem soon, before those walks send the season down the drain.