2-3 night with a win in Wilmington and another in the Dominican.

The Chasers offense continues to struggle as the team fell to a season high nine games under .500. Nine strikeouts did in the Omaha offense but the four hits on the night didn’t help much either. The fact that they pushed three across thanks in part to a couple Dodgers errors shows they pretty much maxed out their opportunities. On the other side of the diamond the Dodgers power was on display versus Christian Binford, slugging a pair of home runs that accounted for three of their five runs off of him. After a run of six good starts for Binford between Double-A and Triple-A the righthander has started to get touched up again, allowing 19 runs over his last 23 innings pitched with each outing lasting less time than the previous.

It had to happen sooner or later for Jake Junis and Tuesday night was the night. After an impressive run in which the righthanded starter allowed 2 earned runs or less in eight consecutive starter an opponent finally got to him. The Travelers knocked Junis around over his five innings to the tune of 10 hits and six runs over just 4.2 innings. Named a Texas League All Star for his first half performance Junis was unable to escape jams in the 3rd and the 5th inning as Arkansas score three apiece in those frames.

It took the Rocks nine innings to tie the game Monday but it paid off in a win. Starter Foster Griffin gave Wilmington a decent start, navigating around six hits and a walk to allow just two runs over seven innings. He trailed after exiting in the top of the seventh 2-0. Trailing by the score Austin Bailey came through in the bottom of that inning to cut the lead in half with a two run single. Two inning later it was Bailey again coming through, this time with a one out sacrifice fly that pushed the game to extra innings. The bullpens would exchange blows for the next four innings, keeping the two teams off the board until the Rocks broke through in the 14th. Two quick outs in the inning made it look as if the game would head to the 15th until an errant pitch by Dash reliever Jacob Morris would plunk Josh Banuelos. Rattled by the hit by pitch Morris would lose control and quickly walk Cody Jones to push the Rocks runner to 2nd. Coach Jamie Quirk seeing an opportunity to end the game would pinch run for Banuelos and the move would payoff as the Rocks All Star shortstop Humberto Arteaga would come through with a groundball single to center that would allow Robert Pehl, the pinch runner to come around for the walkoff win. The Rocks will try to complete the sweep tomorrow night with winless starter Zach Lovvorn on the hill.

The Power continued their dominance of the Legends, knocking around young Latin starter Gerson Garabito for five runs in 3.1 innings of work on five hits and a pair of walks. The Legends couldn’t play catch up due to the Power starter striking out nine in his six innings. Catcher Xavier Fernandez had a good day at the dish with three hits and a solo home run but Lexington’s 3 for 11 with runners in scoring position prevented any chance at a comeback. Chase Vallot made his first appearance since June 1st but made just one at bat on the night prior before getting plunked in the face. 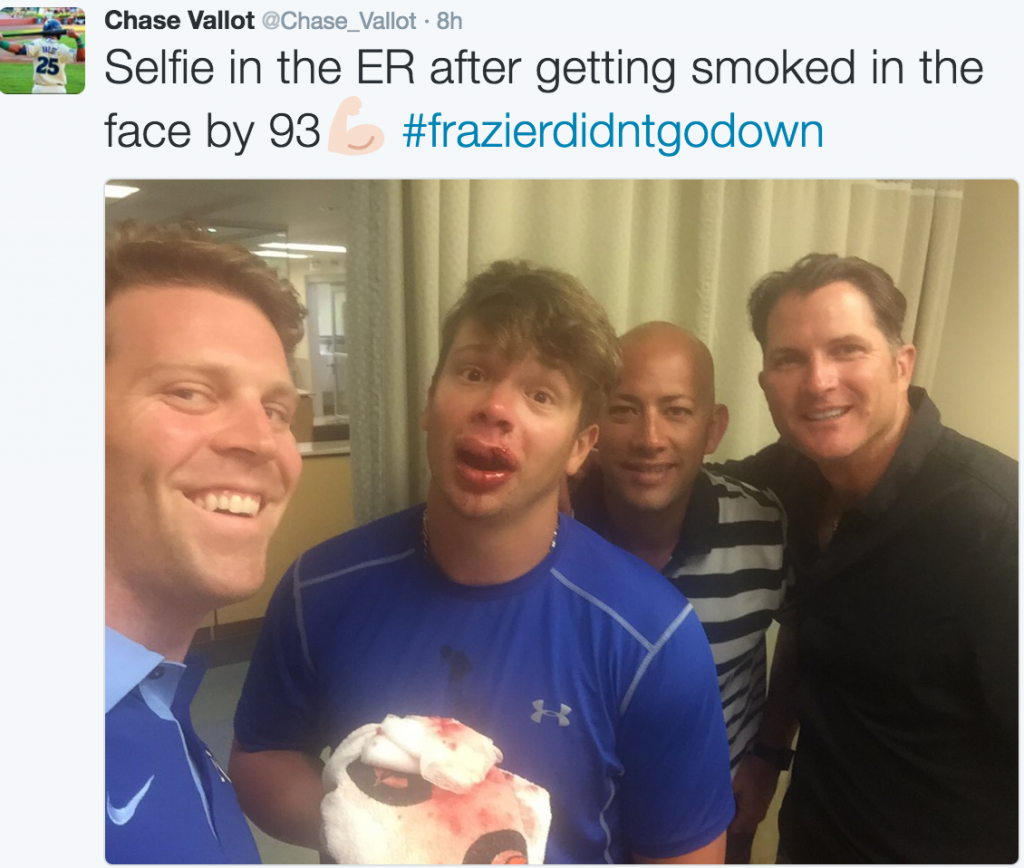 The Dominican team got off the schneid with another solid pitching effort as the team limited the A’s DSL club to just four hits and one run. Starter Darwin Feliz tossed five scoreless with four K’s and a pair of hits allowed which was capably relieved by Jeicol Escotto and his four K’s in two innings. A run in the 7th and two more in the ninth gave the Royals the victory.