Despite an 0-1 major league record and the roof caving in, the Royals sent out their minor league rosters on Monday with the decision to try to compete at those levels. The Royals, after playoff runs in 2014 and 2015 that cost them a heavy haul of prospects, have a farm system lacking compared to what we’ve seen in the past. Still, there are a few prospects worth noting as they rebuild their system at the lower levels.

The ’16 version of the Wilmington squad was awful despite a total stud at first base in Ryan O’Hearn for the first month of the season. At first glance, I wouldn’t expect a lot more out of this team as it doesn’t feature much in big-name prospects, but the defense could be very good with Nicky Lopez and D.J. Burt up the middle and an outfield with four players who could all play center. 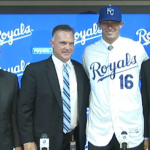 The Players to Watch – The top-ranked prospects on this team according to my in house organizational rankings are Scott Blewett (#9), Chase Vallot (#10) and A.J. Puckett (#14). While I expect those players to have solid seasons, I went with Puckett and a healthy Anderson Miller (#21) to be my breakout players for Wilmington in 2017.

The Surprise – The biggest stunner here is the addition of lefty Cristian Castillo to the Wilmington pitching staff and rotation. The lefty was signed out of Mexico as a 20-year-old in December of 2014 and has been nothing short of solid since that deal, winning pitcher of the year in ’15 for the DSL squad and in ’16 for the Burlington Royals. As a pitcher, Castillo features a pair of good secondary offerings in his changeup and curve, with good control of his upper 80’s to low 90’s fastball. Perhaps the Royals have a back-end starter in the making here and the front office is obviously intrigued by the stuff to give him a bump from rookie league up to High-A.

The Omissions – Not a shocker here with Chase Vallot now at Wilmington, but I’m surprised to see neither Luis Villegas or Xavier Fernandez to backup Vallot at catcher. Both catchers had decent seasons last year in Lexington and Wilmington respectively. Other than that some may be surprised to see Ben Johnson and Cody Jones being left off, but it doesn’t shock me that much having seen them in comparison to the players on the rosters. 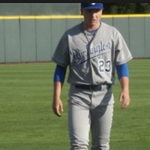 The Royals will search for their first winning season since joining up with the Lexington franchise of the South Atlantic League in 2013. This squad features a group that compares favorably to those in Wilmington and above in terms of tools as they have some outstanding athletes who need to refine those skills to grow as baseball players.

The Players to Watch – If you have been paying attention to what I write, then you know I absolutely love Khalil Lee (#4) and am looking forward to him exploding on the prospect scene in Lexington this season. Along with Lee, fans will need to pay attention to catcher Meibrys Viloria (#12) to see if his offensive season in Idaho Falls last year was for real. In my breakout post, I spotted Cristian Castillo as a pitcher to watch for Lexington, but with his surprise placement in Wilmington, I’ll select Gerson Garabito in his place as a pitcher with a good fastball and curve to take advantage of youthful Low-A hitters.

The Surprise – Not a whole lot of surprises here, but Grant Gavin cracking the full league squad over some bigger and higher drafted names in the organization is a nice surprise. The former St. Pius X graduate was selected out of the University of Central Missouri in the 29th round last season and earned Pitcher of the Year for the Arizona squad after joining the organization.

The Omission – The obvious choice here is Ashe Russell. The Royals 2015 1st round pick tossed just 2 innings last year and will look to rediscover his lost velocity in hopes of getting back on a mound consistently in 2017 after seeing his velocity drop to the mid-80s at points in 2016 after tweaking his delivery.

* Players who are repeating a level.