The Royals found a way to right the ship in Houston, which further proves that you truly can’t predict baseball (though I’ll try at the end of this). Now, they finally make their home debut after a long spring training and a week-long road trip to start the season. They’ll face off against the Oakland A’s, a team that may not be especially good, but also has a chance to give some teams fits. Depending on health, they have some intriguing pitchers, a bullpen that could end up very good and some interesting pieces on offense. Sean Manaea, Kendall Graveman, Sonny Gray, Sean Doolittle, Marcus Semien, Khris Davis and Ryon Healy are all solid building blocks for a young team. 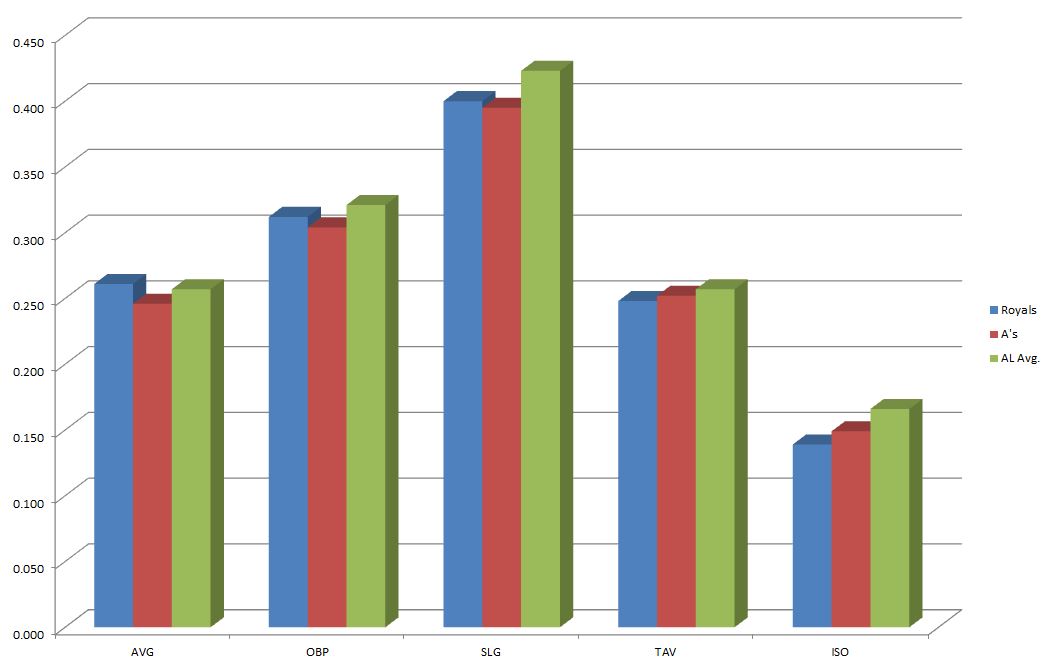 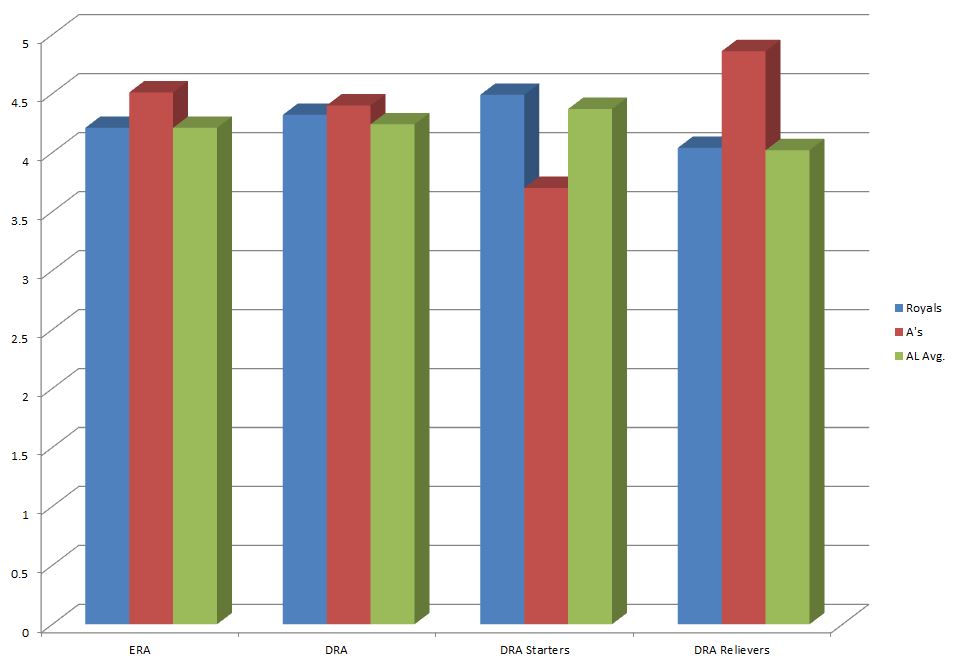 I worry about Cotton’s changeup against the Royals. He’s thrown it about one-quarter of the time in his brief career and it’s been absolutely fantastic, allowing a .077 average and .096 slugging percentage. That’s three singles and a double in 52 at bats. His fastball is a good one, but that pitch and his sinker are at least hittable. The Royals struggle with changeups, so that could be problematic, but Cotton did struggle mightily in his first start of the year. Because of the changeup, he’s been better against lefties in his career, which is another reason why the Royals could have trouble here. The saving grace is that Cotton hasn’t been able to get deep into games, really falling off a cliff after 75 pitches or so. But up to that point, he’s been fantastic.

Kennedy’s first start didn’t go great, but really nothing did in Minneapolis. The good news is that his stuff looked good, but he just struggled with control, also like basically every pitcher in Minneapolis. He was still able to get strikeouts, so if he can get the walks under control, everything should be fine. The A’s are relatively patient and can hit a little, so it would be in Kennedy’s best interest to get that figured out quickly.

Triggs is a former Royals farmhand who had a nice season last year as a swingman with the A’s. He made six starts and showed some excellent peripherals, so with the injury to start the year for Gray and Daniel Mengden, he gets the shot in the rotation. Triggs works with a sinker as his ol’ number one and it gets him a good number of ground balls. He throws a slider and a cutter as well as his primary pitches and all three have been very successful for him in his brief big league career. This is probably not shocking given that Triggs has mostly been a reliever, but as a starter, he’s a guy you can wait out, allowing a .308/.333/.462 line the third time through in his career. Given his stuff, he seems like a guy who lefties could see well, but he’s limited them well enough to this point.

Hammel’s first start with the Royals could have gone better. He just couldn’t get the swings and misses he wanted because his command was lacking. He ended up keeping the Royals mostly in the game before the bullpen blew another game, but he could have been much better. Given the A’s power, I worry a bit about this matchup if his curve is flat, but if he’s good, I think he can get the A’s to chase.

After a solid debut with the Padres in 2014 and a nice 16-start audition with the A’s in 2015, big-ish things were expected of Hahn. Then he went out and threw up a terrible short season in 2016. Now he’s back and making his first start of 2017, though his only outing of the year was a six-inning relief stint, so he’s stretched out. He relies a lot on a heavy sinker as well as a changeup, curve and the occasional four seam fastball. He did allow three doubles on that sinker in his previous outing, so maybe that’s not the best idea for him to rely on that. A couple things that stand out about this matchup are that Hahn has struggled with lefties in his career, so that might be a good thing for the Royals left-handed pop. Also, he pays a pretty big penalty the third time through the order. The first time, he allows a .634 OPS. That drops to .606 the second time through. Third time, though, it jumps to .809. He can be beaten, it just make take awhile.

Vargas gets to make his second start of the year after looking fantastic against Houston on Friday night. He had his changeup working as well as I’ve seen it, which is a continuation from a fantastic spring with that pitch. The issue with Vargas that I’ll have every start is that he’s not overpowering, so there’s always a risk he just won’t have it that day. But if he can get 15 swings and misses like he did against Houston, everything is going to be just fine.

I officially don’t know what to think of the 2017 Royals. I think this is the earliest I’ve ever felt that in a season. Last year, the A’s mauled the Royals in Kansas City during their September slide. I think this A’s team is better, but this Royals team is better than the team was at that moment. I imagine the opener will be pretty emotional with the tributes to Yordano Ventura, but I think the Royals have some good matchups in this one and should be able to take two of three, but I also worry a little bit about some of the A’s young pitching doing a number on the Royals, so I say that cautiously.