The last time the Royals were at Kauffman Stadium, they were beating Madison Bumgarner and evening their record at .500. A lot has changed in the seven games since then and now the Royals have themselves quite a hole to dig out of. They’ll have revenge on their minds as they attempt that when they welcome in the Minnesota Twins for a three-game weekend set. You may recall the Twins swept the Royals in the opening series of the season and sort of embarrassed them in the process. As a team that lost more than 100 games last year, it makes sense that a lot of people have taken the Twins lightly, but a great start to the year from Ervin Santana along with some quality starts offensively from their young talent has Twins fans optimistic. 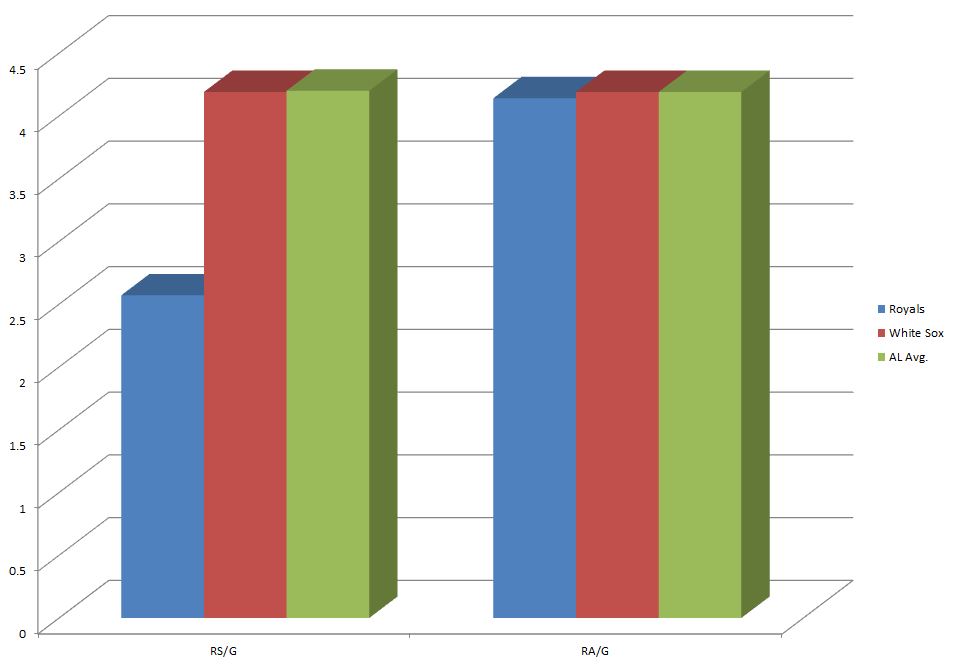 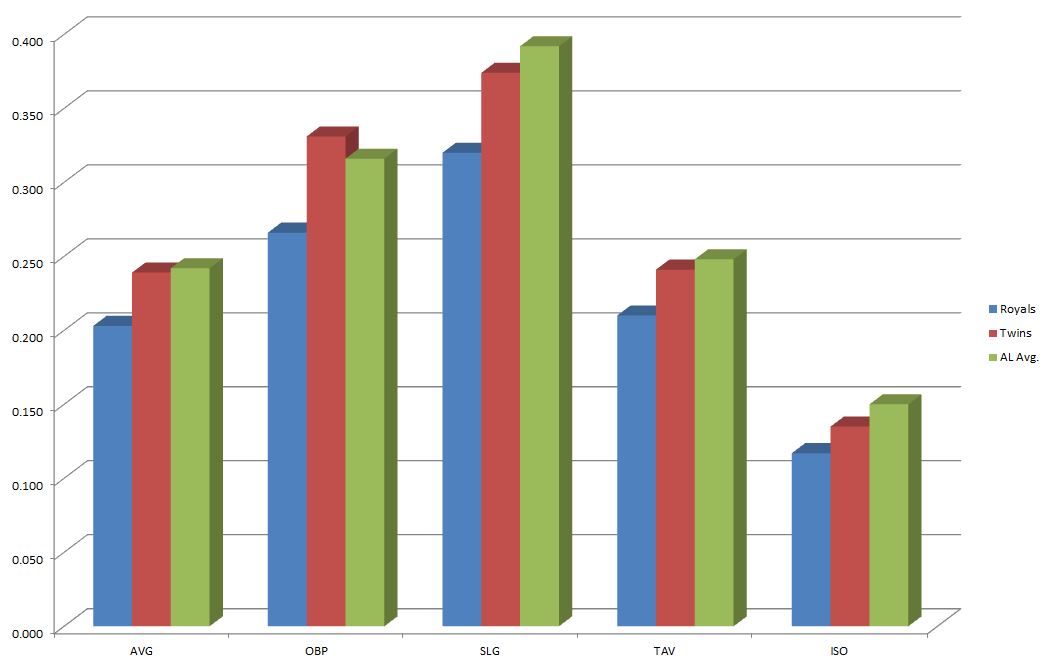 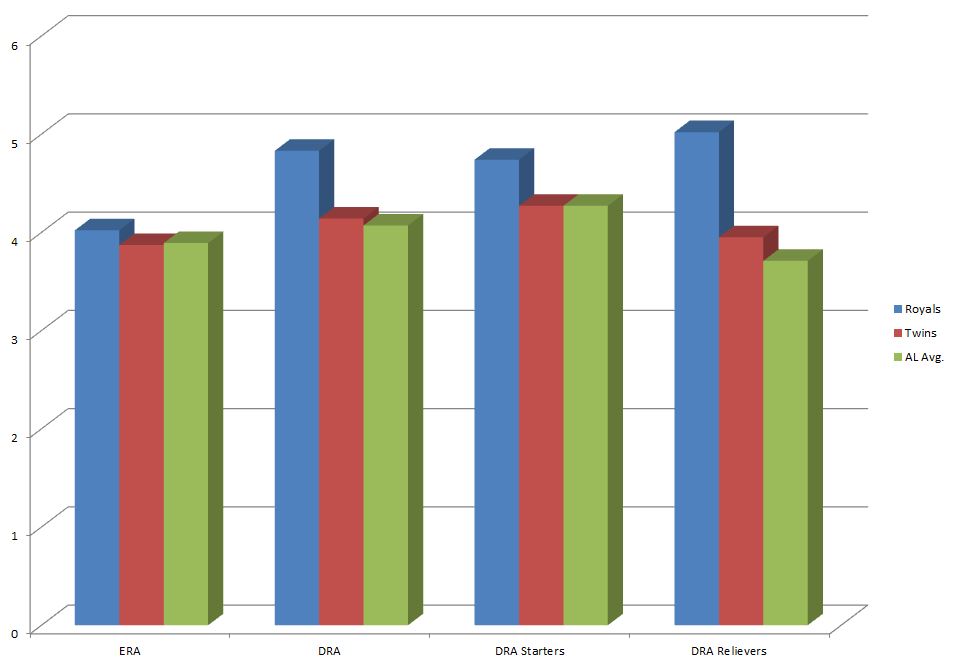 After a tough year last year, the Twins were hopeful that Gibson could get back to the form he showed in 2015 when he posted a 3.84 ERA in 32 starts. So far, not so good. He’s allowed 26 hits in 17 innings while walking seven and striking out just 12. The strikeout to walk numbers aren’t that far off where he’s been in his career, but his 1.94 WHIP is nothing to write home about. He gave up three runs on five hits in five innings against the Royals in the opening series, which is probably his second best start to date. Gibson has moved away from his sinker a bit, throwing it just over 35 percent of the time at about 91-92, which is the same range his four seam fastball comes in. He also has a slider, changeup and the occasional curve. The slider has been a very effective pitch for him, but everything else has given him trouble. Both righties and lefties have an OPS above 1.000 against him, which is good news for the Royals. He seems to be fading quickly in games, though. In the first two innings, he’s allowed just one run total. His inning-by-inning ERA after that, though, is 17.18, 15.00, 13.50 and 27.00. Obviously the sample is small, but once you get past the first time through the order, Gibson has been extremely hittable.

Kennedy has given up three runs in his last three starts, spanning 21 innings, and he has a loss and a no decision to show for it. Since his rough first outing against the Twins when he gave up three runs in five innings but walked five, he’s been lights out. He just hasn’t had the run support. The team has scored three runs total in his four starts, which is bad even by Royals standards. His last start against Texas featured good results, but he struck out just three and walked three in seven innings while allowing one run. The fact that he only had four swings and misses is a bit concerning to me, so that’s something to watch for against a Twins team that will swing and miss. They’ll also work some walks as we found out all too well that first week of the season.

Hughes had that really good first season in Minnesota when he walked less than one per nine and posted a 3.52 ERA in 32 starts. That led the Twins to restructure his contract and give him more money. Since then, he’s posted a 4.82 ERA in 43 games (40 starts). This season has started as more of the same with a 4.71 ERA in four starts, though he does have three wins to his credit. His control is still there, but the spike in strikeouts is nothing more than a distant memory as he has just 13 in 21 innings. He is coming off one of his better starts of the year with just two runs allowed in six innings against Texas. Hughes has a nice mix of pitches with a fastball that sits around 90, a changeup that when it’s good is really good, a solid curve and a cutter at about 86-88 MPH. The curve has been the only pitch to really work this season, but he’s limited the home run ball decently enough all around. Hughes being around the plate makes first pitch swinging pretty attractive, and this year at bats that have ended on the first pitch against him have been good for five hits in nine at bats with two doubles and a homer. Of course, the risk is if you aren’t making good contact and getting on, you’re letting him get deep into the game, and getting his pitch count up has been effective for getting runs on him after 50 pitches. Just a hunch here, but I think Brandon Moss gets right against Hughes.

I don’t think it’s overstating it to say that Hammel has been the Royals worst starter. He’s averaging less than five innings per start and has an ERA over 5.00. He’s walking too many hitters and giving up too many hits, which is a recipe for disaster. What’s been most alarming to me is how quickly he just runs out of gas. In his best start of the year against the Giants, he had a perfect game through four innings and by the end of the fifth I was wondering if he should be pulled from the game. He hadn’t given up the big hit and never really did, but it was clear he just didn’t have it any more. A similar thing happened in his last start, but this time in the fourth inning. He ultimately gave up three runs in that inning and the Royals offense couldn’t overcome that. If the Royals want to climb their way back into this, Hammel needs to be better, plain and simple. He went five innings and gave up three runs on six hits with four walks and two strikeouts in his first start of the year against the Twins.

Santana has been nails this season with a 4-0 record and a 0.77 ERA in five starts. He’s averaging seven innings per start and has only given up 13 hits all season. Add in just 2.6 walks per nine and you can see how he’s done it. His strikeout percentage of 21.1 percent is as high as he’s shown since 2014 with the Braves and the second highest of his career. He’ll fall off at some point, but he’s been incredible. He works with a 93-94 MPH fastball about 40 percent of the time and then throws his fantastic slider about 34 percent of the time. He supplements those two pitches with a sinker and a changeup. They’ve all been good, but he has allowed a .539 SLG on his sinker, so that’s something, I guess. He hasn’t yet given up more than one run in a game, so this will be a challenge for an inept offense. If you’re looking for an edge against Santana, you won’t find it in the numbers this season. He does struggle a bit to control the running game when guys do decide to run, having allowed 13 stolen bases with just two caught stealings over the last two plus seasons. It’s a stretch, but it’s something.

Vargas finally had his first less than excellent start of the season against the White Sox this past week and it led his ERA to balloon to an unsightly 1.40. Even with that tough start, a lot of the factors that have led to him being so good continued. He elicited 17 swinging strikes, which was the most he’d gotten all season in a game. He didn’t walk anybody, so his strikeout to walk ratio now sits at 28 to 2. The Twins have struggled a bit offensively against left-handed starters, posting a .240/.327/.361 line, but they do have some big right-handed power, so Vargas will need to be careful in this one, but I’m just excited to see him pitch again.

I don’t know why, but I feel like this will be a good series. I think the bats break out a little bit against Gibson and Hughes and Vargas pitches Santana well. I’m not silly enough to think this team can win three games in a row, but I do think they win the series and restore some order in the minds of Royals fans.

Tags: Ian Kennedy, Jason Hammel, Jason Vargas |
David Lesky
Follow @dblesky
I've been a Royals fan since the day I was born, and have had the opportunity to write about the Royals for nearly a decade now. The winning was better than the losing, but the losing is kind of familiar at least.
read more from David Lesky