A 6-1 week has the Royals looking like they might have some life in them, but now they face a very tough test as they welcome the first place New York Yankees to town. It was thought that this would be a down year for the Yankees as they rebuild, but they’ve been able to win with their young core led by Aaron Judge who is having a ridiculous season. It’s not just him, though. Brett Gardner has been outstanding lately, Aaron Hicks has played well, Matt Holliday has been a great addition and there are countless others. On the pitching side, Michael Pineda and Luis Severino have both been outstanding this season to help balance out a great offensive attack. 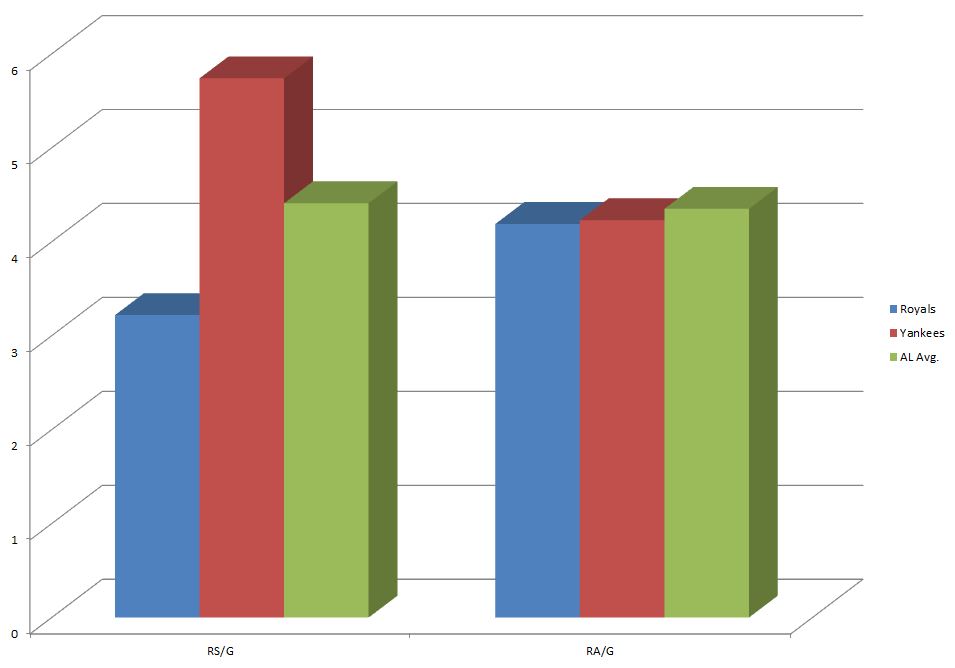 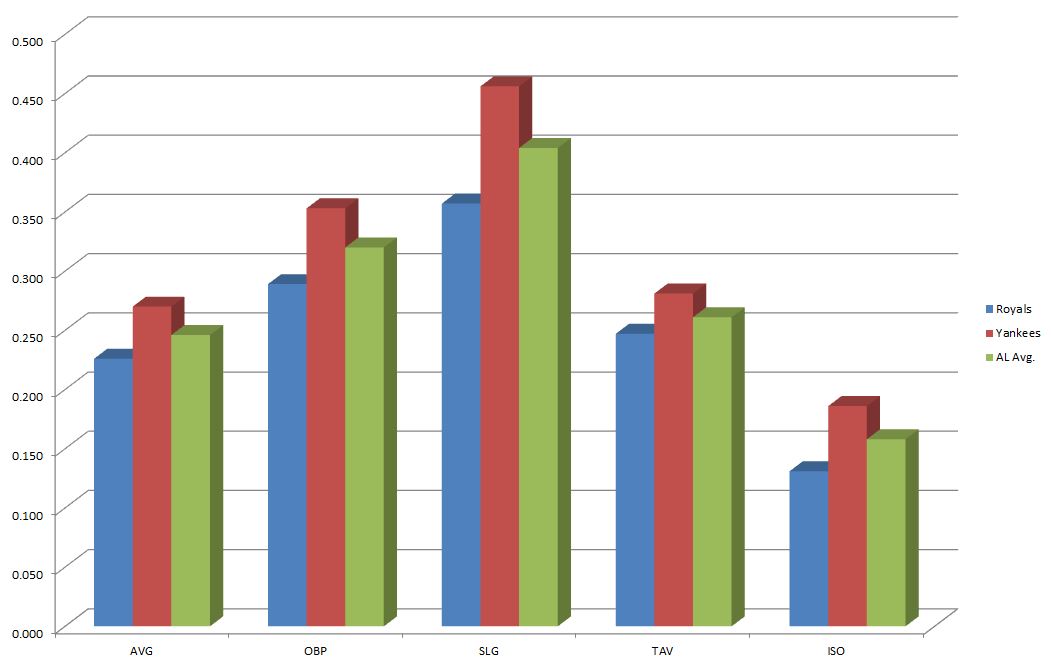 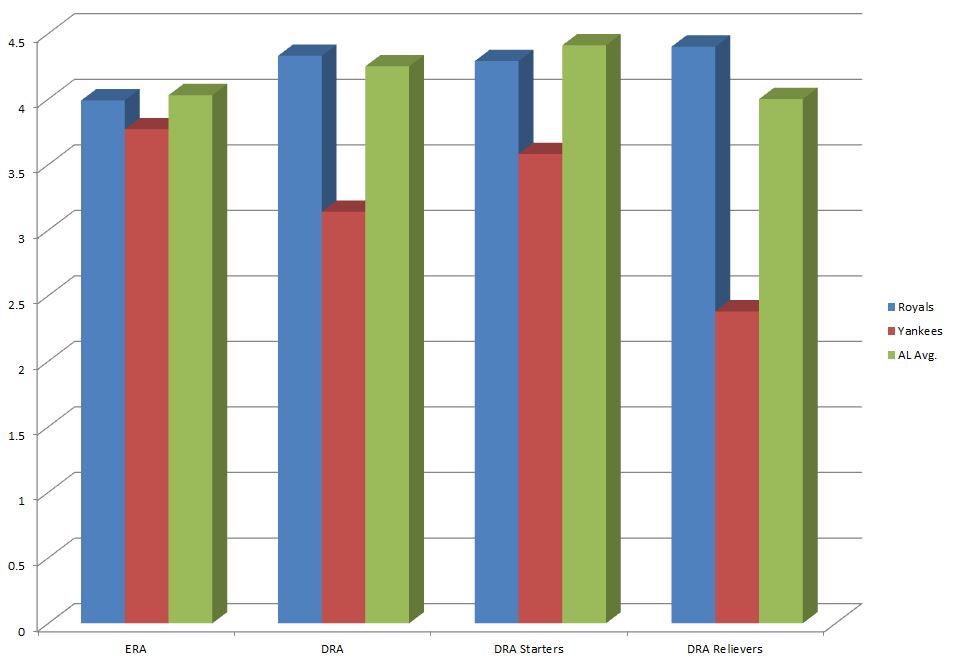 The end for Sabathia may be near. After a really nice bounceback year where he made 30 starts and held an ERA below 4.00, he’s cratered a bit this season. He’s striking out less hitters, allowing more hits and walking more hitters. That’s a bad combination. At 36-years old now, it’s looking like a career that seemed destined for 300 wins might stall out long before that. He gets by with a four pitch mix of sinkers, changeups, sliders and cutters and he does mix them pretty well, though the changeup lags behind the other three. The sinker comes in at about 91 MPH, which is a far cry from his glory days. It’s been crushed this year too with a .342 average against it and .585 slugging percentage. The cutter is the other major culprit of his failure with a .360 average allowed and a .540 slugging percentage. He has bene victimized by Yankee Stadium, so getting to pitch in Kauffman will help and against the Royals offense too. He’s struggled with runners on base, allowing an OPS of more than 200 points higher than with the bases empty. He can still get deep in games, but only if he isn’t crushed early. He’s allowed a .915 OPS the first time through, but that drops to .698 and .565 the second and third times respectively, so get him early or you probably don’t get him.

Hammel has had a tough go of it in his first few starts with the Royals. Things looked like they might be turning around when he scrapped the windup to pitch exclusively from the stretch, but then he got bombed in his last start in Tampa. The good news is that he was able to save the bullpen by going seven innings in spite of allowing seven runs on 13 hits with two home runs. The other good news is that he continues to get some strikeouts, which was an issue in his first three starts. This Yankees offense is very good, so I don’t expect much from Hammel in this one.

Pineda is the ultimate “what if” pitcher because he has this electric stuff that works to get him a ton of strikeouts. He also has excellent control, so he keeps runners off base. But then sometimes he struggles. Last year, he posted a 4.82 ERA in 175.2 innings. He led the league in strikeouts per nine innings but allowed more than a hit per inning. There was talk of maybe him being in the strike zone too much. This year, though, he’s been outstanding. He’s striking out more hitters and has even better control but he’s been much harder to hit. If history is any indication, he’ll have a frustrating start soon, so hopefully it’ll be in this one. He’s really a three-pitch pitcher. He has a 94 MPH cutter, a good slider and a changeup he uses to supplement the first two. He’s allowed some extra base hits on the cutter, but the pitch that’s gotten him in the most trouble is the changeup. He’s allowed five hits in 11 at bats on that one. Like Sabathia, he can be had early in the games with four of his eight home runs coming on the first 25 pitches of the game. But unlike Sabathia, he does have a pretty sizable third time through penalty, allowing a .270/.300/.622 line. He hasn’t seen a lineup a fourth time this year.

Vargas has simply been one of the best pitchers in baseball, which might be the biggest surprise in baseball this season. In his first four starts of the year, he got a ton of swinging strikes and strikeouts, but that sort of fell off a bit in his next two outings with just 13 total swinging strikes. He did come back last time out to get 15 whiffs and struck out four over seven shutout innings against the Rays. He’s working on a scoreless inning streak of 15.1 innings now. If that reaches 16, he’ll see his ERA drop below the magical 1.00 level. That’s amazing. The Yankees haven’t really struggled with lefties, but they haven’t hit them as well as righties, so maybe that’ll give Vargas and Duffy a bit of an advantage in this series.

Montgomery is a pretty unheralded prospect who had pretty solid numbers across the minors. He always limited hits, got enough strikeouts and limited walks well enough to succeed. Now in his first time in the majors, he’s been a pretty similar pitcher. He’s walked a few more than you’d like, but the strikeout rate has stayed up pretty well and he’s allowed less than a hit per inning. The stuff isn’t dominating, but he has five pitches and he uses them all regularly. His fastball/sinker are what he throws about 45 percent of the time and they average 91-93 MPH with some quality movement. He also has a changeup, curve and slider. He’s gotten hit pretty hard on the sinker and curve, so those are the pitches Royals hitters should be trying to pick out. The Royals have struggled with both rookies and lefty starters, so this could be a tough one for the offense. Without great stuff, it’s not a bad idea to work the count against Montgomery, especially given his walk rate. When batters are ahead in the count, Montgomery has allowed a .318/.595/.545 line compared to .215/.215/.385 when he’s ahead. Don’t expect a long outing from Montgomery as he’s only recorded outs in the seventh twice and he’s allowed a .333/.421/.485 line the third time through the order this season.

Duffy seemed to get back on track against the Orioles his last time out after looking fairly mediocre in recent starts. He was able to get the swing and miss back and he cut out some of the walk issues he’d been having. His overall numbers are still quite good with a 3.38 ERA and a better than two to one strikeout to walk ratio, but he needs to pitch more like he did against the Orioles if he wants to keep that up this season. The Yankees are sort of a significant opponent for Duffy because they were the team he last faced in relief back in May last season. Since then, he’s been a starter and hasn’t looked back.

I’m still having a hard time buying in to the Royals being competitive again. This series feels like a trap for a team that feels good about themselves right now. My guess is they struggle with Sabathia and it infuriates the fan base and they find a way to win one of the last two to get one out of this series. Soon enough I’ll find a series I feel optimistic about heading in, but this one isn’t it.