The Padres figured to be awful this season when they went into the year, and they are certainly living up to expectations. I’m not sure if that’s good news or bad news for the Royals, who badly need to load up on some wins against bad teams to get back into the AL Central race. If you’re wondering where the Padres fall short, the answer is everywhere. They can’t hit, their starters aren’t good and their bullpen is a mess. But they do get to call San Diego home, so there is some redemption. 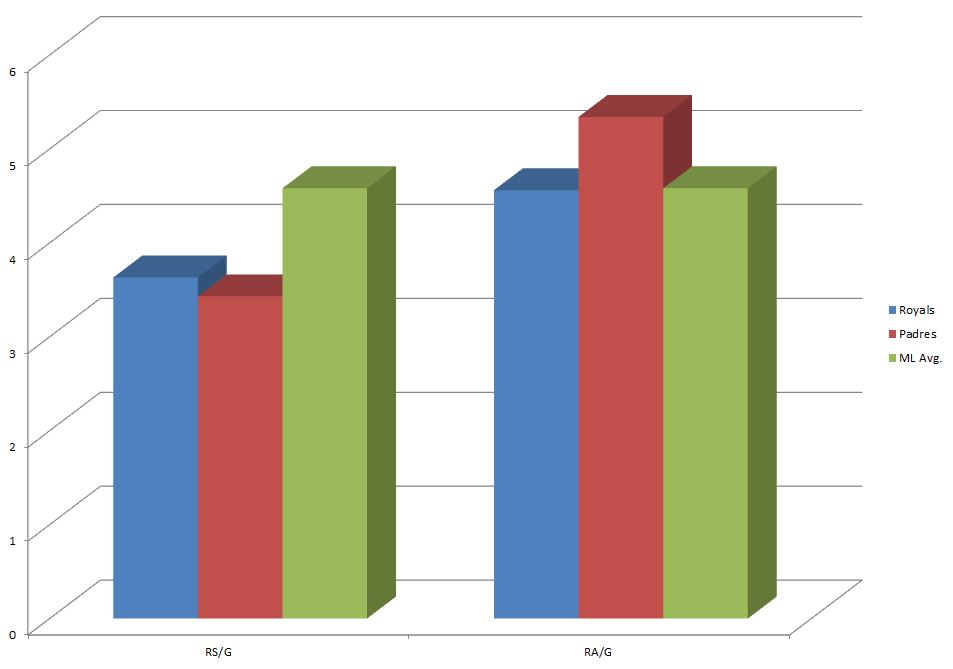 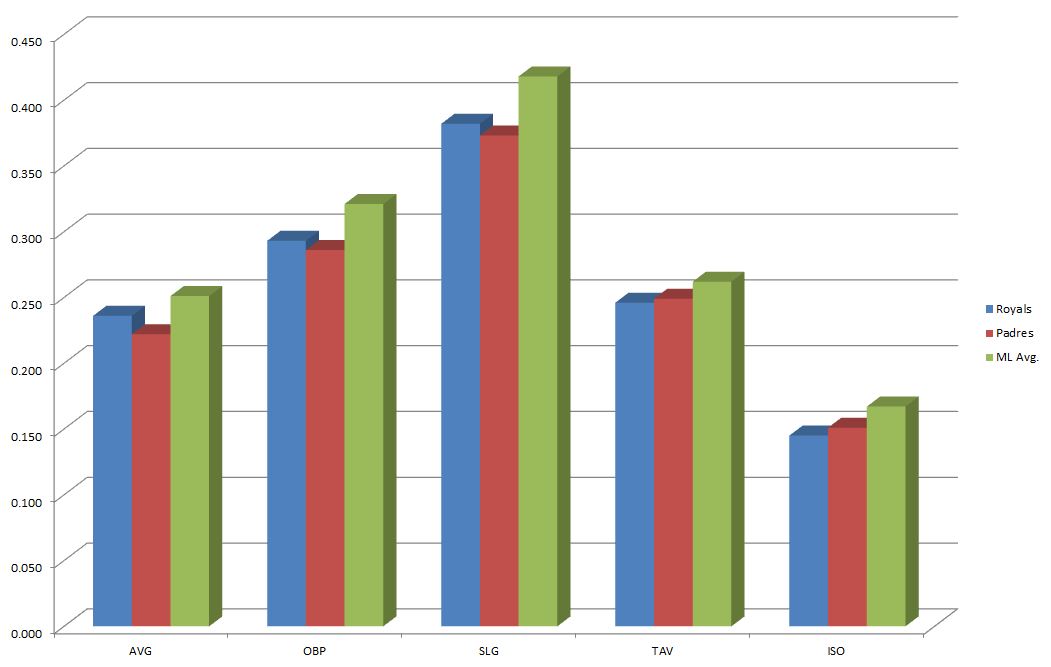 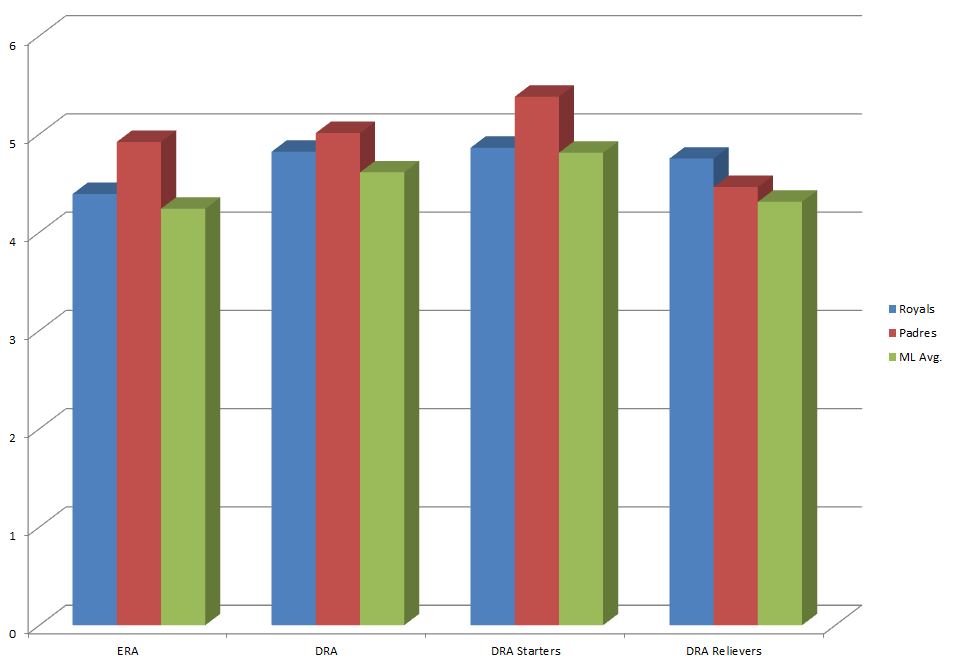 Chacin has been around awhile, with the Padres serving as his fifth team and third in the NL West. He was once a really promising young arm, but has since become a bit of a journeyman who rebuilding teams count on to make starts because you have to have a guy start every game. He’s serviceable enough, but nobody will call him a star.

He’s a sinker/slider guy, which I think is why a lot of people believe he’d be better in relief where those pitches can play up. The sinker is okay enough, but he doesn’t have a truly exceptional ground ball rate or anything. The Royals, as a team, tend to struggle a bit with ground ball pitchers, but they also tend to struggle with all types of pitchers. The encouraging thing is that Salvador Perez, Whit Merrifield and Mike Moustakas have all slugged .476 or higher against guys who go for the grounders, so this could be a good matchup for those three. With Chacin, if he settles in, he’s trouble, but if he doesn’t, he can be beat early. He’s allowed a .743 OPS the first time through and a .843 OPS the second time through, though that drops to .675 the third time through.

Skoglund didn’t really get a true second chance in his last start, as he was lifted after two innings because of the rain delay. He may or may not have rebounded from giving up four in the second, but the opportunity didn’t arise. This is a much better lineup to match up for him, as they’ve struggled mightily against lefties with a .198/.274/.321 line through Wednesday’s action.

The Padres will turn to a rookie righty for game two of the series, and not just a rookie, but a pitcher making his first career start. Diaz has made 21 relief appearances this year for the Padres and, as you can see above, has not been good at all. He made 72 minor league appearances, and only 35 were starts, so I think it’s fair to assume he won’t be getting deep in this game.

Out of the bullpen, he’s been a three-pitch pitcher with a fastball, changeup and curve. The fastball has some hair on it and averages about 96 MPH while the changeup is still harder than the fastball of Jason Vargas. The curve has been effective for him. Basically, hitters have teed off on the fastball with a .571 slugging percentage against it. If he relies heavily on his fastball as he has as a reliever this season, that’s good news for Eric Hosmer, Merrifield, Moustakas and Jorge Bonifacio, who have all been good against fastballs this season. It’s probably bad news for Alcides Escobar, but what pitcher isn’t bad news for him?

Ian Kennedy continues to struggle since returning from the disabled list. Including the game he got hurt, he’s allowed either four or five runs in each of his last five starts. This came after a solid start to the season over his first five appearances. Control is a big issue for him, but he also just isn’t getting the swings and misses we’re used to seeing. This Padres lineup has a good chance to be the cure for what ails him, but if he struggles here, there will be plenty of questions asked.

The Royals will face another unknown in this one as Lamet is scheduled to make just his fourth career big league appearance. He was solid across three stops in the minors last season before opening this year with another good run in Triple-A to get called up to the big leagues. His overall numbers are pretty rough, but he was solid in each of his first two starts, striking out 16 over 10 innings and allowing just three runs on eight hits. He got rocked against Arizona his last time out to put a dent in his overall numbers.

He goes fastball/slider/changeup and he throws the fastball hard, averaging about 96 MPH on it with some rising action. His slider is a good swing and miss pitch when it’s on, but it can flatten out and get hit. In his troubling start against Arizona, it was the fastball that failed him, so the same hitters who might enjoy hitting against Diaz could have good days in this one. What’s nice is that right-handed hitters really only need to focus on the fastball and slider until there are two strikes, and even then, he’ll rarely throw his changeup. Lefties see a much better distribution of pitches, so they have more to think about, but they’ve hit him much better, so maybe we could see some big games out of Hosmer, Moustakas and even Alex Gordon.

Junis wasn’t the first pitcher, and won’t be the last, to get roughed up by the Astros. Considering the Royals made a crazy comeback to win that game, it gives the Royals a good opportunity to see how he responds to failure at the big league level. He was really rolling in Triple-A, so hopefully he can do some damage against a lineup that isn’t significantly better (if it’s better at all) then some of the lineups he faced while with Omaha.

The Padres are really bad. The Royals have been truly terrible on the road this season overall, but have been a bit better lately, going 7-6 since their winless road trip in April. While sometimes it seems that the Royals do play to their level of competition, I think they should be fine against the Padres in this series. If it wasn’t for two rookie starters going and a guy who has struggled so much lately, I’d predict a sweep, but because of those factors, I think they only take two of three.

Tags: Eric Skoglund, Ian Kennedy, Jake Junis |
David Lesky
Follow @dblesky
I've been a Royals fan since the day I was born, and have had the opportunity to write about the Royals for nearly a decade now. The winning was better than the losing, but the losing is kind of familiar at least.
read more from David Lesky