The Royals come home after a ridiculously successful 7-2 road trip that has vaulted them back into contention. They’ll be tested right away as they welcome the Red Sox to town. After a slow start, Boston has come on and been able to catch the Yankees at the top of the AL East. The offense is a different one than we’ve seen in the past from the Red Sox. They don’t have the big power we’ve seen before, but they get their hits, work their walks and avoid strikeouts. The starting rotation, which figured to be amazing, has been iffy outside of Chris Sale. Rick Porcello and David Price have been bad while they’ve lost Eduardo Rodriguez to injury. The bullpen, though, has some insane arms and one of the best closers in baseball in Craig Kimbrel. The Red Sox are good. 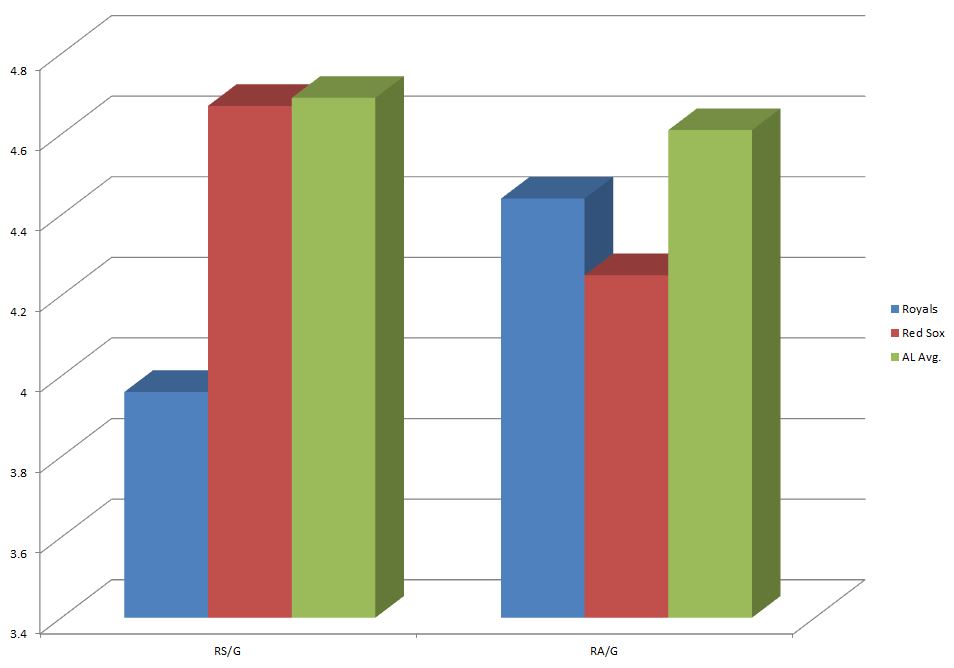 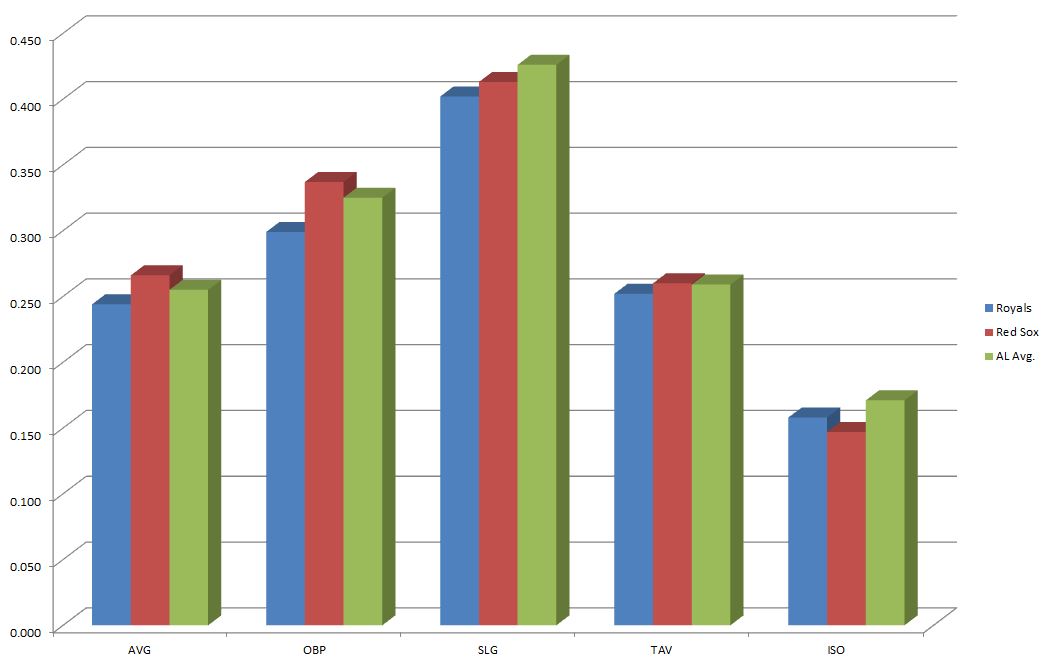 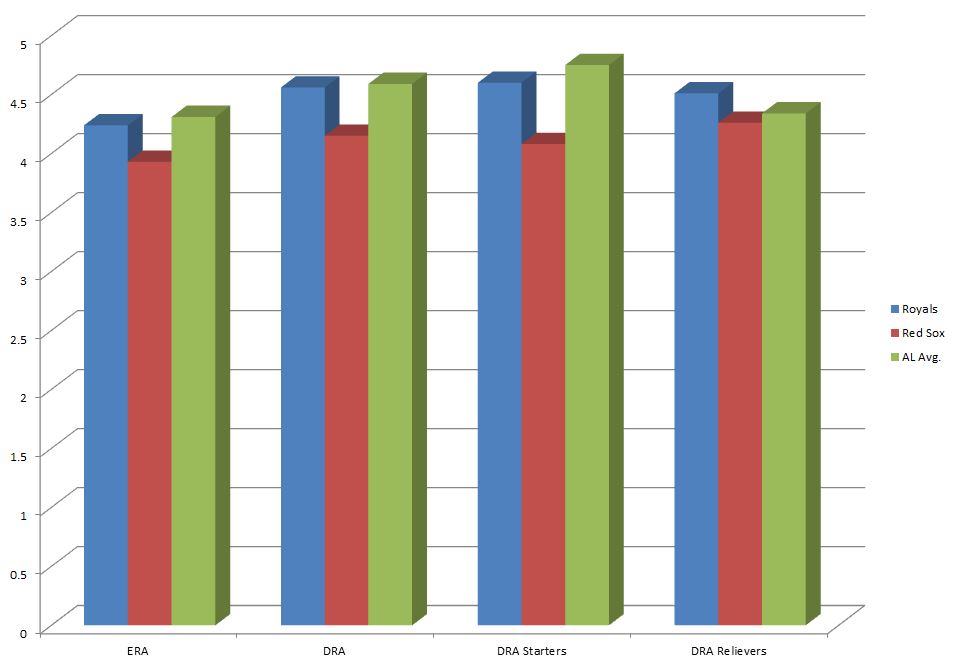 Velazquez will make his third career appearance and second career start, which for a guy who is 28, doesn’t make it seem like he’s exactly a great pitcher. He’s played in the Mexican League his whole career before joining the Red Sox organization this season. While he’s been a pitcher his whole professional career, he first began as an outfielder, but felt his best path to the big leagues was as a pitcher. Looks like he was right.

Best I can tell, Velazquez makes the most of average stuff. He hides the ball well and has good command which helps a fastball that sits 89-91 play up a little bit. He also has a changeup, slider and curve. Thankfully for the Royals, who struggled with the curve ball all weekend it seemed, it isn’t a plus pitch. Though when it’s on, it has some really impressive movement on it and could cause some problems for Royals hitters. This is a guy you’d expect the Royals to be able to hit, but they seem to struggle with pitchers they haven’t seen before, and I’d bet most in the lineup have barely heard of Velazquez let alone have faced him. Right-handed bats have hit him a little better this year than lefties, but neither has fared well. Given his repertoire, I think this might be a good chance for Jorge Bonifacio to get back on track after having some tough at bats in Anaheim.

June has been like a new season for Hammel. He had a 6.18 ERA at the end of May and people were wondering how the Royals could DFA him and move on. He gave up three runs in the early innings of his first start of June, but since then, he’s been outstanding. Overall, he’s given up five runs on 17 hits in 20.1 innings and walked just one batter. This is going to be a bit of a stiffer test than the Giants lineup, but hopefully he can continue his hot pace.

The Royals might be one of the few teams to see Sale on the schedule and even sort of shrug. It’s not that they’ve hit him that well historically or anything, but they’ve seen him so many times that facing him is old hat. And let’s be real. They have had a fair amount of success against him, even though he’s still been great against KC. He has a 2.97 ERA against the Royals, but is just 9-10 and the .714 OPS he’s allowed to the Royals is the second highest among teams he’s faced 10 or more times. He also has 136 strikeouts in 99 innings, so he might be better than before. Yikes.

One big point for Sale is his velocity is up this season by about two miles per hour from last year. He has that devastating slider to go along with his fastball, and his changeup has become a very good pitch as well. He even throws the occasional two-seamer that averages about 93-94 MPH. I mentioned the Royals have hit him well in his career, and they actually have. Eric Hosmer and Lorenzo Cain have a .964 OPS and .962 OPS against him respectively. Each have three homers, and while the sample is small, they’re both at more than 50 plate appearances against him. Not that it matters, but Alcides Escobar has an OPS of .801 against him in 68 plate appearances. That makes me wonder about some of the most out of character hitter/pitcher matchup lines are out there, but I’ll save that for another day.

Strahm gets his second shot at the rotation after good first start against the Angels. On a limited pitch count, he made it through five innings and gave up just one unearned run on three hits. He had his issues, but seemed to be getting stronger as the game progressed. While the Red Sox have hit lefties better than righties overall, they haven’t hit lefty starters as well as they’ve hit righty starters. Still, this a much tougher test than his first start, so we’ll find out some things about Strahm.

The Red Sox almost certainly overpaid for Pomeranz last year when they acquired him for one of their best prospects in a trade with San Diego. Still, he’s gotten the job done this season. The stuff has never been the question with him, but the 66.2 innings in 13 starts does show an issue. He really just doesn’t get deep into games, recording just four outs beyond the sixth inning all season. He’ll get the swings and misses, but the key is to work the count and elevate his pitch count.

He’s largely a two-pitch pitcher, focusing mostly on a 91-92 MPH four-seam fastball and a curve. If that sounds a little like the profile of Alex Meyer, you’re right, other than the velocity. And Meyer gave the Royals absolute fits on Saturday. The nice thing is that the “other than velocity” part is pretty important. Now, the fastball is a good one and gets a lot of swings and misses, but when he makes mistakes, it’s on that fastball. He’s getting less grounders this year than he had in the past, but that hasn’t meant an uptick in fly balls. He’s just replaced them with strikeouts. The big thing against Pomeranz is to get to him early because he’s allowed an .831 OPS the first time through, compared with .648 the second time. He gets worse again the third time through, but he’s often pulled before too much damage is inflicted.

Kennedy finally had a good start after a string of some awful performances. He carried a perfect game into the sixth inning against the Angels before falling apart a little, though he was hurt by a missed third strike call that could have allowed him to go seven. In any case, he was much better, and that’s huge for this team if they hope to continue to climb back into the race without Danny Duffy or Nate Karns.

I don’t like the matchups, both on the mound and between the Red Sox hitters and Royals pitchers. The way the Royals are going, nothing would surprise me, but I think this is a Red Sox series win but not a sweep.

Tags: Ian Kennedy, Jason Hammel, Matt Strahm |
David Lesky
Follow @dblesky
I've been a Royals fan since the day I was born, and have had the opportunity to write about the Royals for nearly a decade now. The winning was better than the losing, but the losing is kind of familiar at least.
read more from David Lesky