The Royals hit the road for a grueling three-game road trip against the flailing Detroit Tigers. Once the kings of the AL Central, the Tigers are languishing near the bottom of the division due to a lack of contributions from most of their stars, both on the position player side and in their pitching. J.D. Martinez has been fantastic since coming off the DL and Alex Avila has been a revelation while Justin Upton has helped a ton, but the rest have been somewhere between bad and mediocre. On the pitching side, Michael Fulmer has been good, though with a decreased strikeout rate, but the rest have been rough. And then there’s the bullpen, but you know about that. 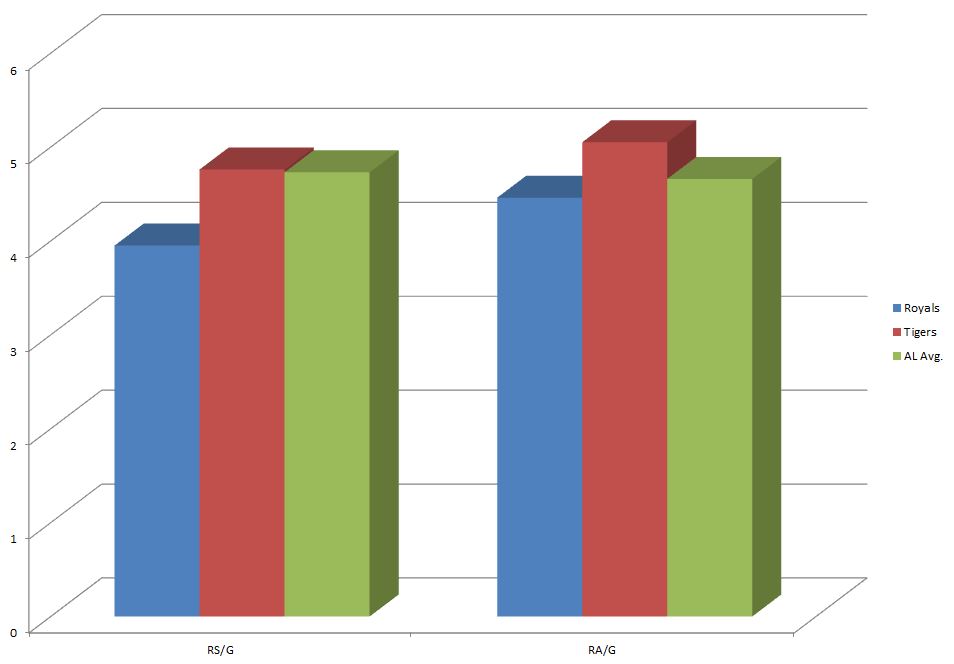 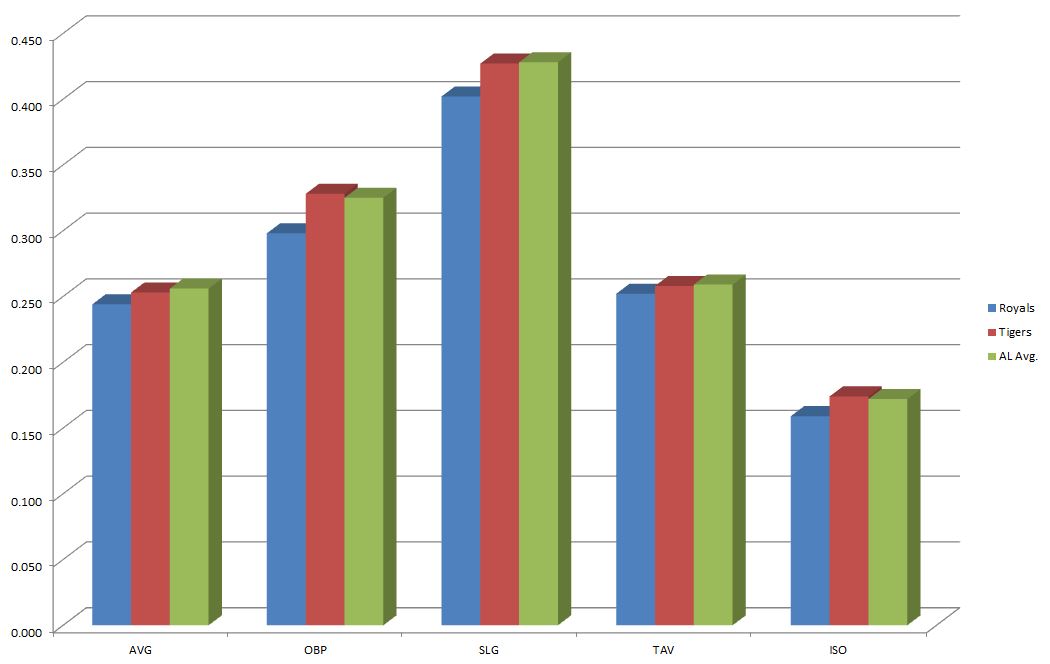 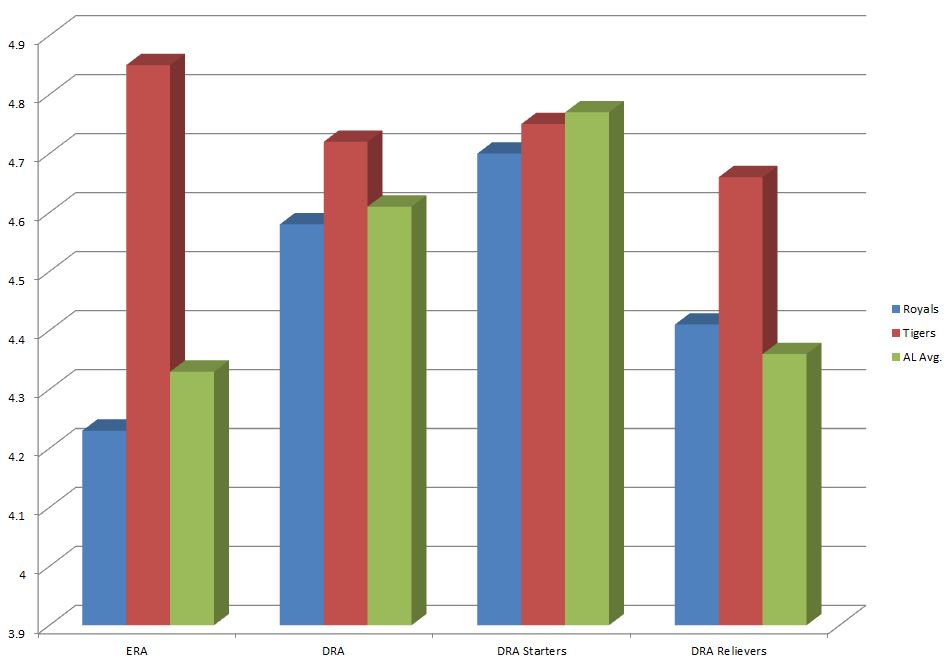 This isn’t the old Justin Verlander. It’s also not the 2016 Justin Verlander. After a couple trying seasons (even with solid results in 2015), it sure looked like Verlander was back last year. He was striking out tons of hitters, limiting hits and looking like a Cy Young contender. This season, his walks are way up and his strikeouts are down enough to make a difference. He’s also walking a batter every other inning, which has led to a WHIP of 1.45. Yikes.

The big story on Verlander for the last few seasons is that his velocity has been way down, but he’s back to averaging between 95 and 96 mph on the fastball. He’s throwing it more than half the time along with his slider and his curve. He’s not getting hit hard on his fastball, but he has hung his slider a few too many times, allowing nine extra base hits on it this season. The big story in this one is how the Royals will be able to do against his breaking stuff, as that’s given Royals hitters trouble over the last few weeks. Remember Alex Meyer’s start? The key to beating Verlander in 2017 is not something the Royals excel at; it’s being patient. He’s walked 31 batters on his fastball this season in 194 plate appearances that ended on that pitch. He also, uncharacteristically, hasn’t thrown a single pitch after the seventh. With their bullpen, that’s a problem. We also can’t talk about Verlander against the Royals without mentioning Salvador Perez hitting .418/.414/.673 against him in 58 career plate appearances.

Strahm will get his third crack at starting. After looking outstanding against the Angels, a much better lineup gave him trouble and he was only able to last three innings. The plus side is the strikeouts crept up and he still only walked one batter. The Tigers lineup is probably somewhere in between Boston’s and L.A.’s, so this should be a nice calibration start for him if he’s going to find traction in the rotation. He’s handled Tigers hitters well in the past, but that was in short stints. This will be an interesting start.

I was all aboard the Daniel Norris hype train before this season. He struck out more than a batter per inning this year and walked less than three per nine. He was strangely hittable with his stuff, but that was okay. This year, he’s walking four per nine and his strikeouts are down a touch while he’s been even more hittable. I still like the future for Norris as he’s just 24, but it’s a rough follow-up to what looked like a breakout.

Norris has a good fastball that he throws a lot. It’s not as hard as Verlander’s, but it comes in plenty fast. Combined with a changeup that can be really good and a slider that can be even better, he’s a tough pitcher to hit. Lefties won’t see the changeup at all, but it doesn’t matter all that much because opponents have done almost all of their damage against the fastball with a .343 average and .547 slugging percentage against it. Eric Hosmer should be happy as Norris has allowed a better line to lefties than righties; Hosmer is hitting .325 with a .475 slugging percentage against lefty fastballs. If he gets the curve from Norris at all, he’s hitting .313 with a .625 slugging percentage on those against lefties. Jorge Bonifacio may struggle in this one as righties get all of the changeups from Norris and he’s hitting  just .167 against lefty changeups this season.

Kennedy had a tough time in his last start against Boston after pitching well against the Angels. Part of his undoing was defense, but it was also some of his own defense. He was only able to make it into the fifth but not through it before allowing four runs (two earned). The concerning thing about Kennedy is that he’s just not getting swinging strikes anymore. He’s only elicited double digit whiffs in one game since April 22nd. That’s going to have to change if he wants to turn his season around.

Fulmer won Rookie of the Year last year and with good reason. He looked, at times, unhittable. At other times he was simply very good. This season, he’s putting up good numbers once again, but as was mentioned in the intro, the strikeout rate is beginning to look a bit troubling, dropping down below seven per nine innings and below 20 percent on a per batter basis. Still, he’s limiting hits and the home runs are down from an already low level last season. By any measure, he’s pretty darn good.

He works with a four-seamer and a two-seamer that averages more than 96 mph with some decent movement. His changeup has been good this season, but his slider has taken a bit of a step backward even though opponents aren’t hitting for much power on it. While Fulmer is averaging about 20 outs per start, he’s only recorded an out in the eighth inning on two occasions this season, so he’s usually good to give six to seven every start. What’s interesting is that he seems to get better as the game goes on with a .663 OPS the first time through and a .661 OPS the second time through, but a .499 OPS the third time against the order. It seems that lately the Royals have gotten off to some slow starts in games only to figure out the pitching later, but against Fulmer that doesn’t seem too likely. Strangely enough, Fulmer has been human at home, posting a 4.60 ERA in 43 innings compared to 2.16 on the road. This game will be at home for him.

Junis was solid against Toronto on Friday night, leading to the big comeback in the ninth inning. For the second time in three starts, he pitched past the sixth inning. He failed to get double digit swinging strikes, but he looked solid against a tougher than the numbers indicate Blue Jays lineup. The Tigers are kind of similar to the Blue Jays in that regard, so the hope is he can be more like he was on Friday and less like he was in Anaheim when he was lit up a bit in a blowout loss.

Something about this Tigers team has me worried even with how poorly they’re playing. This seems like a team capable of turning it on at any time. I think the Royals actually lose the series and come home looking up at .500 once again with a big series against the Twins looming.

Tags: Ian Kennedy, Jake Junis, Matt Strahm |
David Lesky
Follow @dblesky
I've been a Royals fan since the day I was born, and have had the opportunity to write about the Royals for nearly a decade now. The winning was better than the losing, but the losing is kind of familiar at least.
read more from David Lesky