The Royals will try to turn things around against one of the worst teams out there, the Chicago White Sox. Even after just sweeping a series against the best team in the American League, the Astros, they’re just 6-19 since the break and have traded off the vast majority of their big league players. Of course, now they’re filled with young talent, and we know what young talent can do in a stretch drive. I think, as Royals fans, we’ve seen plenty of not ready for primetime teams spoil playoff hopes, so this series should be viewed as anything but easy. 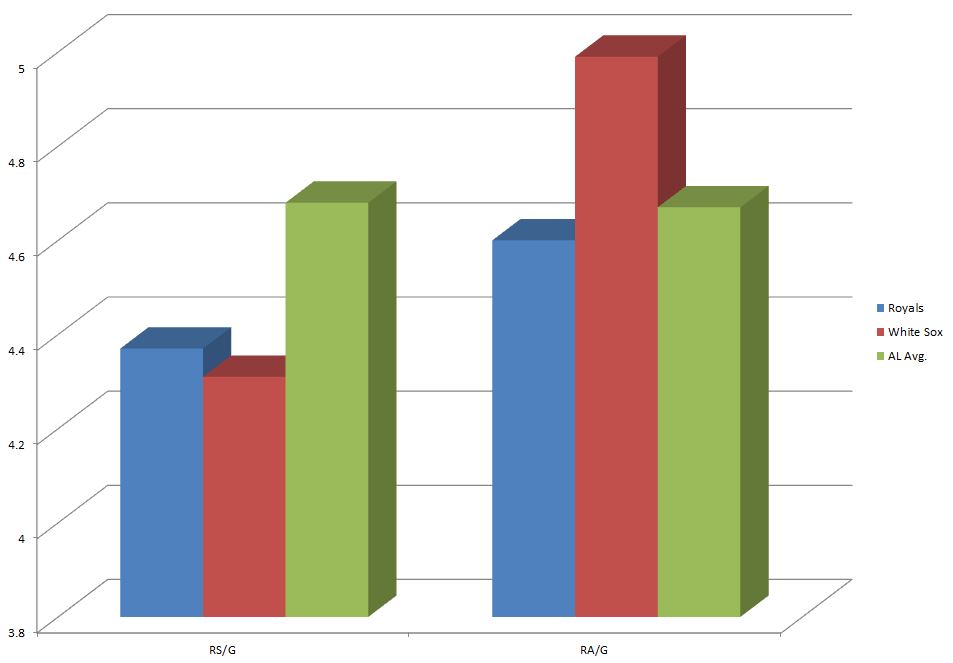 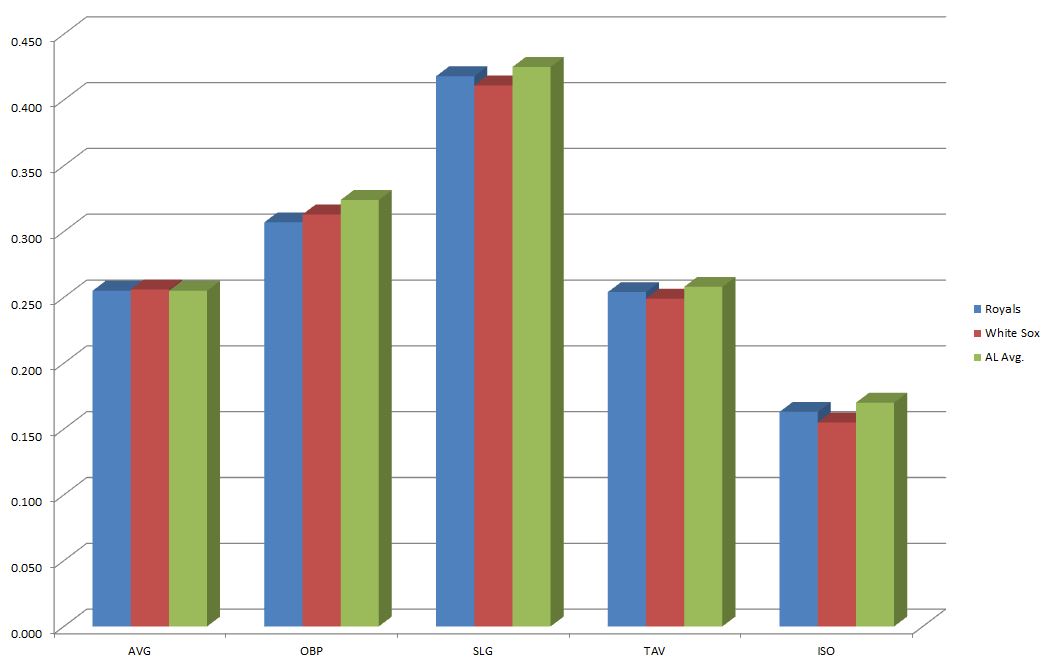 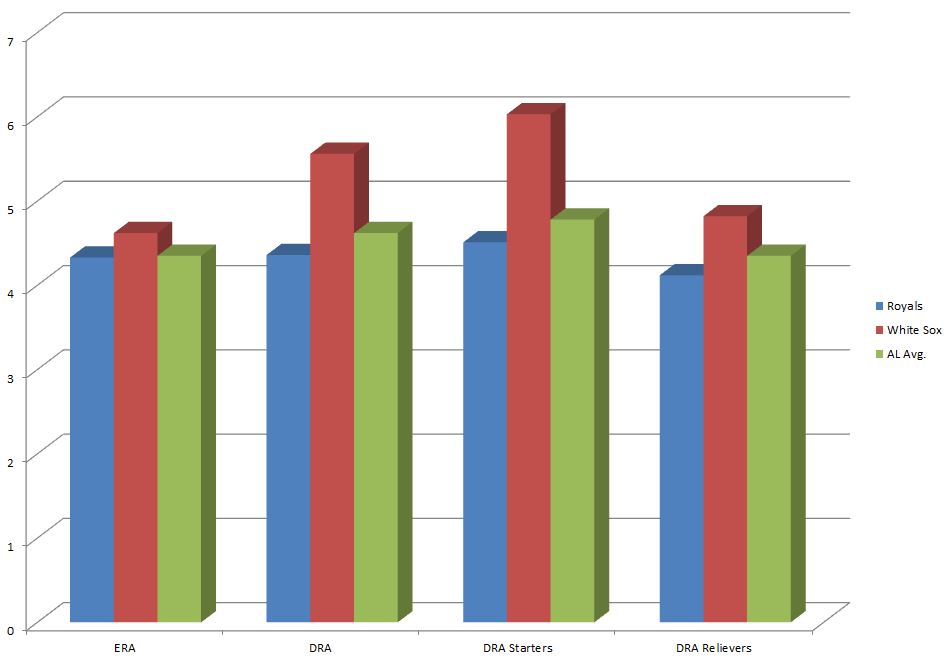 One of the prizes from the White Sox trading spree over the past few months is coming to the big leagues for his first chance with his new club. Lopez spent some time in the big leagues last year, making six starts and five relief appearances and showed some good and some bad. He’s been a bit underwhelming in the minors, walking a few more than you’d like, but the strikeout numbers are good and he was able to limit hits well in Triple-A. The good news for the Royals is this isn’t a big league debut.

The first thing you notice from him is big velocity. He can hit triple digits at times, but you may not see much of that in a starting situation. He has a curve that might get a bit slurvy, but it can be a good pitch when it’s on. He also has a changeup that he used more in spring training than at the big league level. It’s not quite there yet, which is one reason why many believe his future is in the bullpen. His command is spotty at best, so the Royals should look to do something they don’t do well, and that’s exhibit some patience. Of course, on a bad team like the White Sox, there’s no reason not to see what they have to get the player in the right spot by the time they’re competitive again. From June 29 to July 26, Lopez had six phenomenal starts in a row where he struck out 49 and walked eight in 36.2 innings. He’s come back to earth a bit in his last two, so maybe he’ll be ripe for the picking.

Duffy is coming off a start in which he got tagged early, but he didn’t get much help from his defense. And as poorly as he pitched in the first two innings, he stuck around to give the Royals length in the first game of a double header, so it wasn’t all bad news for the lefty. Of course, the Royals still couldn’t come back and he took the loss in what was one of his worst starts of the year. At least he was getting swings and misses, so hopefully he can carry that over. Two of the other candidates for worst start of the year for Duffy were both against the White Sox, though they were a different team in late April/early May.

Shields is awfully tough to watch. He now has a 6.51 ERA in 34 starts for the White Sox since they acquired him last season and seems to be getting worse. His strikeouts aren’t that different from when he was with Kansas City, but the walks are way up, the homers are way up and the hits continue to stay way up. It’s can sometimes be easy to tell when a guy is done, and Shields looks awfully done to me. The Royals lit him up a couple weeks ago in Kansas City with six runs on 10 hits in 4.1 innings in a 7-6 victory.

Shields throws a bad fastball at about 90-91 mph along with a cutter, curve and the once great changeup. That changeup that we enjoyed in Kansas City has been tattooed this season to the tune of a .400 average and .933 slugging percentage. He’s allowed a .606 slugging percentage on the cutter and .573 on the four-seam fastball. He has performed okay enough against righties, but lefties have hit .317/.427/.675 against him. All the lefties should get at bats in this one, even Alex Gordon. If you made me bet on one Royals player to hit a home run against Shields, I’d take Eric Hosmer. He’s hit a home run against Shields in his career, but he’s also a .407 hitter against fastballs between 87 and 92 from righties with a robust .741 slugging percentage. Mike Moustakas is another good choice. He’s a .429/.556/.857 hitter against him (in a super small sample of nine plate appearances). He’s hit .320 with a .480 SLG against those same fastballs Hosmer has crushed.

Kennedy was on a good run and pitching well. Then the calendar turned to August and he’s given up 10 earned runs in 10 innings. Against St. Louis the other day, he simply lost command for awhile, and while his defense didn’t help, he didn’t help much either. Now he’s allowed at least four runs in three of his last four starts and his season ERA has climbed to 4.83 after dropping to 4.32 in mid-July. The Royals need the guy who had an eight-start run with a 3.26 ERA to appear in this one. Otherwise, both teams might be scoring lots of runs in this game.

Once looked at as one of the best bargain signings of the winter, Holland has reverted to being a below average pitcher. And that’s probably okay. He’s currently having the worst year of his career when it comes to control and home runs allowed, so when you match it up with typically low strikeout rates and a lot of hits allowed, it’s probably no surprise that he’s getting hit around the park. As bad as his overall numbers look, it’s worse when you realize his season took a turn in early May and he has a 6.64 ERA in 82.2 innings since then. Yikes.

Holland has a four-seam fastball and a sinker that he throws a little more than half the time combined. Both come in around 91-92 mph and neither is much to write home about. He mixes in a slider, curve and changeup to round things out. Every pitch has been hit hard, but he’s allowed just a .256 average on his curve (though with a .561 SLG) and a .292 average and .451 SLG on his sinker, so I guess that’s his best pitch. Maybe? It is worth noting that as bad as he’s been, he’s still doing a nice job of getting lefties out, allowing just a .212/.271/.333 line to them. Righties, though? They’re hitting .296/.389/.556 against him. If I’m Ned Yost, I’m getting Cheslor Cuthbert a day at DH and Jorge Bonifacio is playing for Gordon, in spite of his reverse platoon splits. There isn’t necessarily a bad time to face Holland, but it won’t be that surprising if the offense sputters a bit the first time through when he allows a .776 OPS. The second time through, that jumps to .976 and then it drops a bit the third time to .887, but those are both prime times through the order to do damage against Holland.

Vargas, like Kennedy, needs to bounce back from a very tough stretch. Going back to his last start before the break, he’s posted a 7.62 ERA in six starts over just 28.1 innings with 13 walks allowed. That’s the key for him. His control hasn’t been good enough to support his stuff, which is middling at best when his changeup isn’t working. I’ve seen some encouraging things from Vargas, like his swing and miss rate jumping over the last couple starts, but the results just aren’t there, and that’s what matters. The White Sox have hit lefties well, but they also no longer have Todd Frazier or Melky Cabrera, who have both done damage against lefties well this season. Vargas was okay against them in Kansas City recently and has had one other good start and one other okay start against them this season.

The Royals should crush this team, no matter how poorly they’re playing. I’m going to remain optimistic for now and say they take two of three because that’s really the minimum for them in this series.