A couple of weeks ago Baseball America ranked the Royals farm system 29th out of the 30 major league teams. This should come as little shock to anyone considering the Royals lost their ’16 first pick to sign Ian Kennedy, then traded their second round pick A.J. Puckett for Melky Cabrera. The system has also seen Ashe Russell step away from the game while Nolan Watson and Josh Staumont have struggled. Those moves and picks along with the trade of players during the ’15 World Series run have limited their current farm system.

Tossing out the ’13 and ’14 drafts due to the Sean Manaea and Brandon Finnegan trades that helped put a flag in left field, which players from the top 101 could the Royals have in the system currently? Obviously, they couldn’t have taken any of the picks in the ’16 draft prior to their 67th pick in ’16 which rules out Bo Bichette and players picked ahead of him in that draft as well the teams picked ahead in the ’15 and ’17 drafts. In addition, I’ve added the Cuban players to this list as the majority of their contracts are closer to free agent deals than drafts. By doing this, one can eliminate 44 of the Top 101 players in the Baseball America’s list as available players. Still, that means 57 players were available to the Royals and they didn’t land one of them. To say that’s not good would be an understatement. 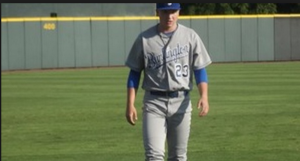 The Royals biggest culprit just based on the list is the lacking impact international talent in the system currently. With seven of the Top 10 players in the Top 101 being international players, the biggest way that this farm could be ranked higher would be to have signed one or multiple players from those ranks. Even when subtracting the Cuban players due to their free agency, the international players make up 26.7% of the Top 101. Only 2016’s Kevin Maitan is a player the Royals were unable to acquire due to their penalty from ’15 class. The ’15 class was one they invested heavily on, and as it stands currently, Seuly Matias and Esteury Ruiz would probably be the only players in the vicinity of the Top 100. With the trade of Ruiz to the Padres organization, that leaves only Matias as a player that could be close to the list.

In addition to the international class, one can’t deny the failure that is the 2015 Royals draft class as the other major reason they don’t have any players in the Top 101 and their farm is ranked as low as it is. That year, the Royals took a pair of Indianapolis area pitchers in Ashe Russell and Nolan Watson instead of seven players that currently appear on the Top 101.

The first pick, Russell, was chosen in front of Walker Buehler (17), Mike Sroka (33), Beau Burrows (80) and Chris Shaw (86), while Nolan Watson was taken instead of Triston McKenzie (24), Scott Kingery (52) and Nick Neidert (84). The decision to choose two pitchers from the same cold weather area is an interesting one indeed, and it has proven to set the farm system back significantly.

The list, and many lists before it, makes one ask the question, how much development are teams actually doing? It’s common for Baseball America to list a few recent draft picks on their Top 100, and this is also the case with the midseason list, but many of these players are in their first full season of minor league ball or have been in the game since just 2015. In fact, 40 of the Top 101 are 2015 or later signees. When you again exclude the Cuban players due to their involvement in pro ball in their country, that means 42% of the Top 101 players have either no development given from the team they currently play for or very little.

How is this different than the Greatest Farm Since the History of Whenever? For the Royals prospects that year, at least it was slightly different in that the Royals featured nine players in the Preseason Top 100 in 2011 with six of them being in the organization two years or longer. This is a little different than the current #1 BA system, the Atlanta Braves which features the same number of players in the Top 100 at nine, but with five of those players being added to the system since 2015. These two systems were both built through a combination of international signees and the draft. The difference being the Royals squad had achieved more success before climbing up the Top 100 charts, with multiple players having a big 2010 season prior to the 2011 list.

Much of the reason for this change is likely due to the change in draft rules. Up until the new agreement, each team decided their own draft budgets and adjusted draft spending on an individual basis. Teams like the Royals and Rangers were loading up on the draft in multiple years and across many rounds. Take for example Jake Junis, a 29th round pick, was paid $675,000 as the 876th pick in the 2011 draft. With the new rules and the draft caps imposed on each team, a player with his stock isn’t likely to last past the 11th round and is more likely to get picked in the top 5 rounds. The majority of the draft talent now goes to the teams with the larger draft pools. Many teams now have limited ability to toss their weight around to get players and their agents to spots that they want in the draft. Teams now are rewarded for their ineptitude the year prior instead of their own desire to invest in players. In recent years, the best farm clubs have all been teams that have failed on the major league field. That isn’t likely to change soon. 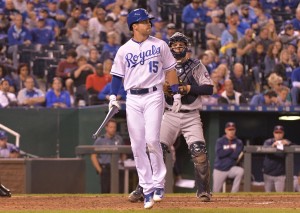 The Royals, as the 29th ranked farm system, obviously lack the high-end talent of other farm systems without a single player on the Top 100. That speaks to a lack of a big time player on the cusp or in the low minors but doesn’t speak to the positives of the last year, however. The Royals have done a decent job of developing a few players that they added in ’08-’11 that should continue to contribute at the major league level. Second baseman Whit Merrifield has backed up his 1.1 WARP rookie year with a 2.7 WARP so far in 99 games. Outfielder Jorge Bonifacio has had a solid rookie year at age 24 with 15 home runs. Cheslor Cuthbert has shown signs of possibly being a major league worthy second tier third baseman at a cheap price tag should the Royals lose Moustakas. The signals from these players show that maybe we shouldn’t downplay the possible upsides of Raul Mondesi, Jorge Soler, Hunter Dozier, Ryan O’Hearn, etc. There are players in the system that present upside and who I would have ranked higher than a couple players in the Top 100 that I have seen.

While the international pool is a nice addition, those players are usually a year or two away from being additions worth landing on a list. The biggest change the Royals are likely to see will come from the draft. First, let’s take a quick look at the change in the competitive bargaining language for the Royals.

• If the team that loses the free agent was a revenue-sharing recipient the previous season, based on its revenues and market size, and if and only if the player it lost signs with another club for at least $50 million, that team’s compensatory pick would land between the first round and Competitive Balance Round A of the 2018 MLB Draft. If the player signs for less than $50 million, the team that lost the player would receive draft pick compensation after Competitive Balance Round B.

This means that the Royals will be looking at picks #31, 32 and 33 (or very close) for Lorenzo Cain, Mike Moustakas and Eric Hosmer should they all sign for greater than $50 million from another team. In addition to their regular pick which will likely fall between #15 and #22. One other pick the Royals have the possibility of receiving is a pick in the first round of the competitive lottery. What do all these picks possibly do for their 2018 draft? Let’s take a look, using picks around where they’re likely to be as a guess.

In this best case scenario, the Royals would have a larger pool amount than the Twins did this year. The team with the #20 pick would end up having as much power as any team in the draft with this scenario, likely creating a scenario that we haven’t seen since the new rules were imposed. Just based on this past year’s draft the Royals would have $4m more in draft pool money than the team with the seventh pick. They have a chance to be in truly powerful spot which should allow them to add multiple Top 20 valued players.

Yes, the Royals are ranked 29th currently, but one can see the light in the mine and the diamonds aren’t far from being extracted.