The last time the Royals faced the Oakland A’s, they were coming off winning two of three on the road after getting swept in the previous series. Don’t adjust your television, it’s happening again. Only this time, the Royals and A’s rosters look pretty different. The A’s differences come after trading away multiple pieces that were a part of the team back in early April. The future of the A’s is now on display with only a handful of current players above the age of 30. The A’s offense can get you with the long ball from a few spots, but otherwise is fairly lackluster. Their starting rotation is not good at all, but has tons of potential, and their bullpen without the recently traded Ryan Madson and Sean Doolittle is one that can be beaten, though Blake Treinen has been very good for them. 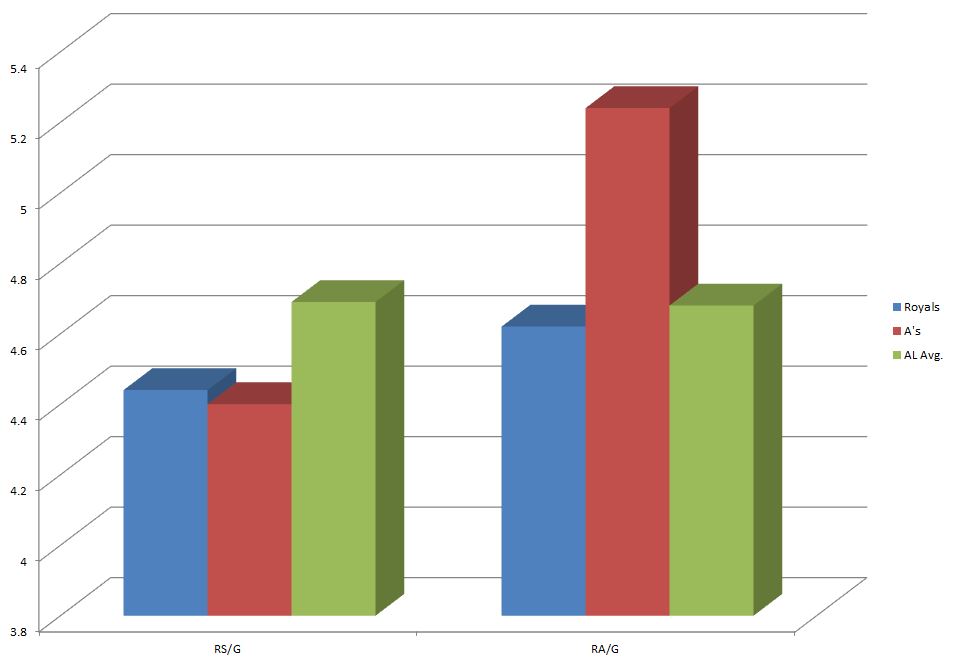 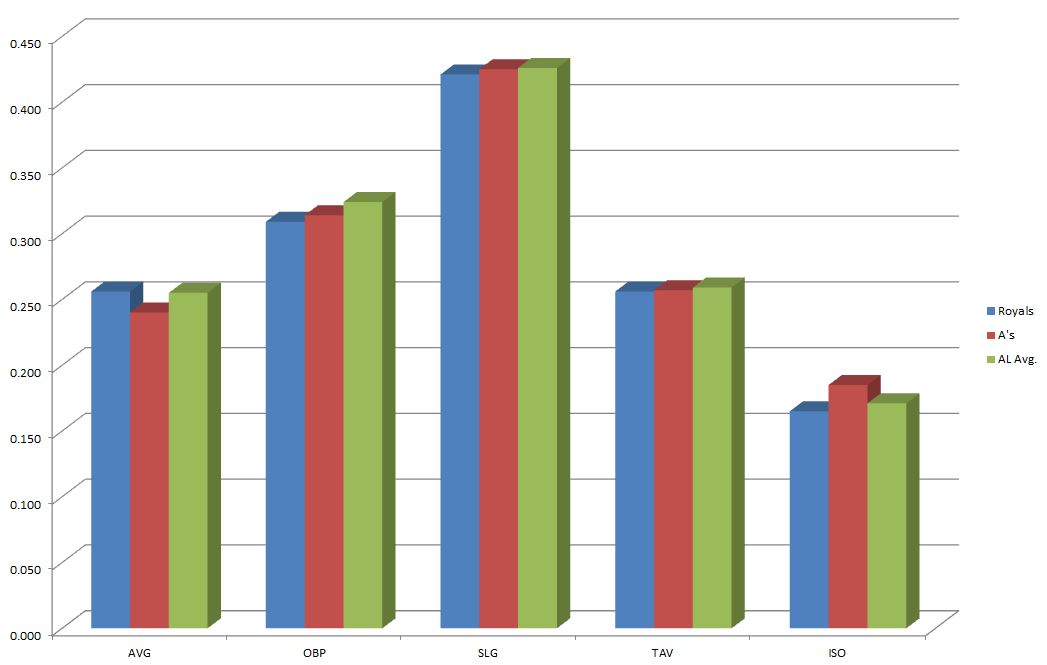 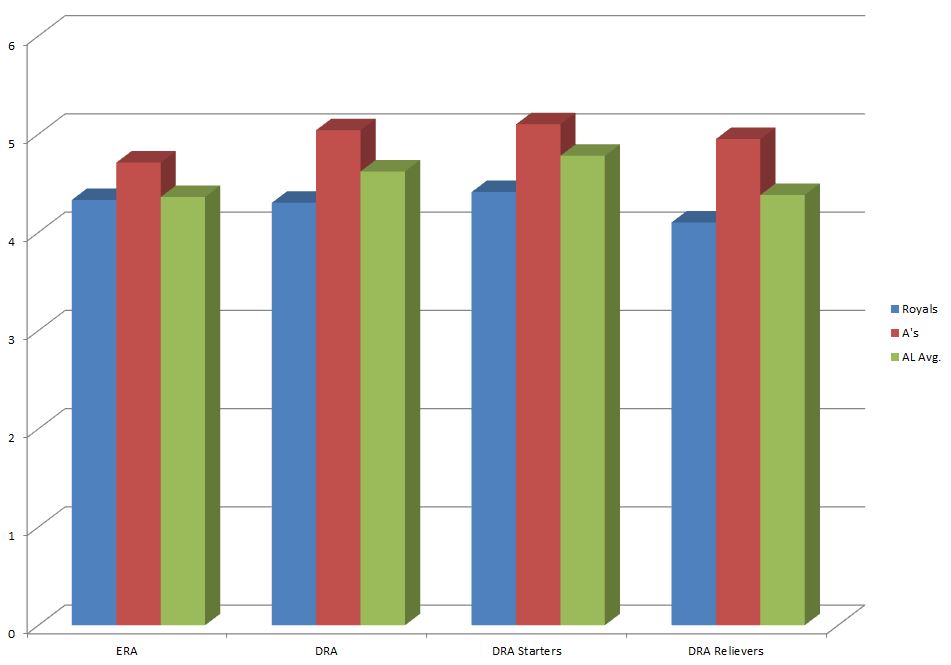 The A’s acquired Cotton from the Dodgers at the trade deadline last year and it sure looked like they got a good one with the way he pitched in his five appearances after the trade. This season has been a different story. He’s given up a ton of hits and the great control he showed in his debut last year hasn’t been there. Plus, he’s given up a ton of long balls. You can still see why they liked him and why he has a shot to still be really good. We saw it in April when he threw seven shutout innings in Kansas City, but it’s been a forgettable season as a whole.

Cotton works mostly with a four-seamer at around 94 mph and a cutter a few miles per hour slower. He also uses a changeup quite often that can be really, really good and can stymie a team. He also mixes in a sinker and a curve. The cutter has been the source of a lot of issues for him this season with 15 extra base hits allowed in 112 at bats that ended on that pitch. Cotton has struggled a little more against righties than lefties, but both have hit him well. Given that, I think Mike Moustakas and Eric Hosmer have a good shot to have a big game here. Moustakas has a .514 SLG against four-seamers, .783 against changeup and .487 on cutters while Hosmer is at .531, .714 and .429 (with a .333 average) on the same pitches.

Junis will come up to take the place of Trevor Cahill in the rotation. The last time he pitched a big league game, he went eight innings and gave up just one run and zero walks against the Mariners. That’s kind of the life of a rookie in the rotation. At times you’ll see glimmers of excellence and other times, you’ll pull your hair out watching. If he can keep the A’s in the yard, I think he’ll do quite well in this one, but the home run ball has bit him before.

Smith was a fourth round draft pick of the Boston Red Sox in 2002 and reached the big leagues for the first time in 2008 before pitching parts of the next two years with the Brewers. He spent some time out of baseball and in the Independent Leagues before resurfacing and pitching well enough in Triple-A last year to get a shot with the A’s in the bullpen. Now he’s in the rotation. And no, he isn’t pitching well, but it’s definitely a good story.

Smith has a very traditional repertoire. He throws a fastball, changeup and curve and that’s it. The fastball averages about 86 mph, so he has to be pretty fine with it to get by. Too often, he hasn’t been fine with it, allowing a .327 average and .855 slugging percentage on that pitch with seven homers allowed in just 55 at bats. The curve, though, has been nasty. He’s allowed a .086 average with a .229 slugging percentage on it and has gotten his most whiffs with the pitch. Smith, a righty, has an interesting split this season because his OPS allowed against righties is way higher than against lefties, but it’s due to a .671 slugging percentage. Against lefties, he’s allowed a similar average to what he allows against righties, but an OBP that is 86 points higher. Basically, lefties are going to walk for the righties to drive them in with the extra base hits. Smith throws a ton of first pitch strikes and opponents have hit .478 with a 1.043 slugging percentage on the first pitch. Get to swinging.

Hammel gets to face his former team. At this point, we have a pretty good idea what Hammel is going to give on a daily basis. Since early June, he’s made 13 starts and gone 79.2 innings with a 3.73 ERA. In those 13 starts, he’s allowed three or fewer runs 12 times and gone five or more innings in all 13. No, he probably shouldn’t be in there when the lineup turns over a third time if it can be helped, but he’s been the epitome of consistent, and in a good way.

Blackburn is a very different story than Smith. He’s just 23, was a first round pick in 2012, and is getting his first taste of the big leagues. He went to the Mariners from the Cubs in the deal for Mike Montgomery last year and then to the A’s from the Mariners in exchange for Danny Valencia, so there’s a couple Royals connections there. You might wonder why his ERA is so much lower than his DRA. It’s a pretty small sample, so weird things can happen, but the big reason is that he’s struck out 20 batters in his 50.2 innings. That kind of strikeout rate is never going to be looked upon fondly by advanced stats, and with good reason.

Blackburn does rely heavily on a sinker, and those pitchers sometimes don’t get as many strikeouts as you’d expect. He throws that sinker at about 90-91 mph and mixes it with a slider to go along with the occasional changeup and curve. He does throw a four-seam fastball, but not too often. He doesn’t get a ton of swings and misses, which should be no surprise, but when he does, it’s often going to be with his curve ball. The rest are pitches that encourage contact, and he often has gotten soft contact with an average exit velocity of 86.6 mph. There’s a bit of a tough situation with Blackburn because he does throw strikes, but not always on the first pitch. Yet he’s allowed a .348 average and .565 slugging percentage when the first pitch is put into play, so he has the same weakness as Smith, but opponents have to go about exploiting it in different ways. It’s just 23 examples, but if he gives the Royals a first pitch cookie, they should absolutely do what they do best and swing.

There’s good and bad with Duffy lately. Since coming off the DL, he’s shown a lot of what made him so good last season. He’s struck out 47 and walked just six in 51.1 innings and has allowed no home runs in six of the eight starts. The bad, though, is that he’s had a couple tough performances lately. He allowed seven runs against the Mariners in the first game of that doubleheader and five runs against the White Sox. Now, his defense and bullpen didn’t help him at all in those games, but they still happened. I love the swings and misses he’s getting. Now it’s time to turn the good into better performances for the Royals ace.

Like the White Sox series, it’s easy to see that the Royals are the better team, in spite of their recent struggles. For whatever reason, the Royals have struggled with the A’s in the recent past, but I still think they do what they have to and take two of three in this series.

Tags: Danny Duffy, Jake Junis, Jason Hammel |
David Lesky
Follow @dblesky
I've been a Royals fan since the day I was born, and have had the opportunity to write about the Royals for nearly a decade now. The winning was better than the losing, but the losing is kind of familiar at least.
read more from David Lesky