The players who stirred the drink for these teams are listed below with a few caveats. A starting pitcher had to make 10 starts or spend half of the season with the club, while a position player needed to play at least half of the team’s games with them.

The Chasers have been ravaged by injuries to their pitching staff and constant shuffling of players back and forth to Kansas City, leaving their season as an underperforming one. Currently in last place in their division, the lack of available arms have done the biggest damage to the Chasers season, but in addition, the lack of consistent offense hasn’t helped either with the squad ranking in the bottom third of the league offensively. 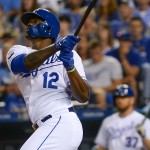 Jorge Soler – Royals fans had hoped that the player Dayton Moore had acquired in the Wade Davis trade would be a big contributor at the major league level, but after suffering an injury in spring and then performing poorly in the bigs in limited opportunities while watching Jorge Bonifacio, the Royals sent Soler to Omaha for the majority of the season.

Just taking the Omaha season into consideration, Soler was solid at the plate, leading the squad in home runs, on base percentage and OPS. Defensively, Soler was inconsistent with his effort but when playing hard his arm was outstanding and he could get to the balls the team needed.

Eric Stout - With injuries and pitchers constantly traveling back and forth, finding consistent pitching for Brian Poldberg has been a difficult proposition. With that said, he always had a lefty arm late in games that he knew he could turn to for a solid outing in Stout. From fireman to closer, Stout limited right-handed hitters (.249) while dominating lefties (.188), leading the team in appearances while leading the bullpen arms in innings and strikeouts. Likely a lefty specialist who can pitch some to right-handed hitters, Stout could see an opportunity in KC this September.

The Naturals finished strong in the first half of the season winning the division by four games while playing eight over .500 baseball and clinching a playoff spot as Frank Schwindel did much of the lifting. The second half hasn’t gone quite as positive for the squad with the power hitter now in Omaha, playing well under .500 baseball and currently sitting in last place. 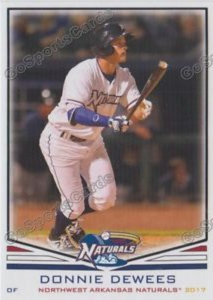 Donnie Dewees – With the limitations of playing at least half of the team’s games to qualify, that eliminates catcher Nick Dini and first baseman/designated hitter Frank Schwindel from consideration for the Naturals honors. With those players ineligible, that leaves Donnie Dewees as the winner of the award for the Naturals. Also a product of a Cubs trade, Dewees season started slow as he hit just .218 through the first two months of the season. Things started to click for the speedy outfielder as he won Texas League Player of the Month honors in June. He compiled a .317/.368/.515 slash line from June through the end of July to become one of the squad’s most consistent offensive performers this season.

Emilio Ogando – It wasn’t likely that Ogando would get on the Naturals roster early enough to win this award, but the 2014 12th round pick was pushed into duty early in the season. The lefty performed solidly for the Naturals throughout the year while tossing 122.2 innings with a 3.08 ERA. The control Ogando exhibits has been his best asset to date, showing plus control that allows his average stuff to limit the opponents damage. The 2.3 BB/9 allows his average stuff to perform while he has pushed around left-handed hitters with a sub .600 OPS against him. Primarily a fly ball pitcher, Ogando should get a hefty test should he arrive at Werner Park next season.

The Rocks, much like the Naturals, played good baseball the first half of the season, only to finish in last place in the second half. The difference for Wilmington was that they finished 1.5 games out of first place in that first half, missing out on the playoffs in the process. That first half was led by quality pitching on both ends by the starters and bullpen, while a few position players who earned promotions led the way on offense.

Nicky Lopez – No position players was a bigger catalyst to the quality first half Wilmington put up than Lopez. Hitting at the top of the lineup, Lopez got on base with regularity (.376) while also anchoring the defense up the middle at shortstop. Typically Wilmington hitters struggle at Frawley field, but Lopez showed a smaller split than normal, hitting .283 but actually getting on base at a .381 clip. The bat and on base skills were a pleasant surprise for the shortstop who is a plus defender who makes as big, if not bigger, impact on the game with his consistent glove and defensive skills. 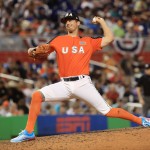 Foster Griffin – The Rocks received quality pitching for much of the season as evident in the team’s third best ERA in the league. Leading Wilmington up until the point of his promotion was former first round pick, Foster Griffin. The lefty was dominant in his 10 starts with Wilmington with one blow up start versus Salem that inflated his ERA to 2.86 and pushed his WHIP to 1.11. Had that start not occurred Griffin would’ve posted a sub-2.00 ERA with a WHIP below 1.00.

Inconsistent pitching was a problem throughout the season for a Lexington team that boasted one of the best offenses all season. Unfortunately, that offense couldn’t carry the league’s worst pitching staff, leaving the Legends well out of first place during both halves of the season. 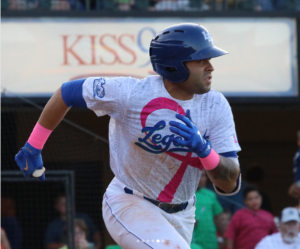 Emmanuel Rivera – Multiple players had quality seasons offensively for Lexington when you look at the numbers Khalil Lee, Gabe Cancel, and non-qualifier Chris DeVito all had put up. They were all solid seasons, but no player was as consistent from beginning to end than third baseman Emmanuel Rivera. The Puerto Rican infielder drafted in the 19th round of the 2015 draft, Rivera leads the South Atlantic League in hits, ranks second in average and is top five in the league in OPS. The 20 errors committed by Rivera stands out as a high number, but Rivera flashes the ability to make the outstanding play and has good range and instincts which could result in him becoming an above average defender going forward.

Jace Vines – This award was all but wrapped up for Gerson Garabito after getting off to an outstanding start through the middle of May but the injury bug hit and opened the door for others. Another pitcher who was holding his own early before earning a promotion was 2015 fourth round pick Jace Vines. The right-hander started the season on the back half of a piggyback but quickly pushed his way into the starting role before earning a South Atlantic League All Star nod. The Texas A&M product doesn’t miss a ton of bats, but rather tries to induce groundballs and weak contact. That was certainly the case while working with the Legends, earning 56% groundballs and a 21% infield fly ball rate in his 100 innings with Lexington prior to his promotion.