The Royals get their last crack at the Minnesota Twins this week as they welcome the division foe into Kansas City for a four-game set. Despite being outscored by 15 runs in the three-game set in Minneapolis, the Royals took two out of three games against the Twins last weekend and hope to win another series to help stay alive in a competitive Wild Card race in the American League.

(All advanced statistics are through Tuesday’s action) 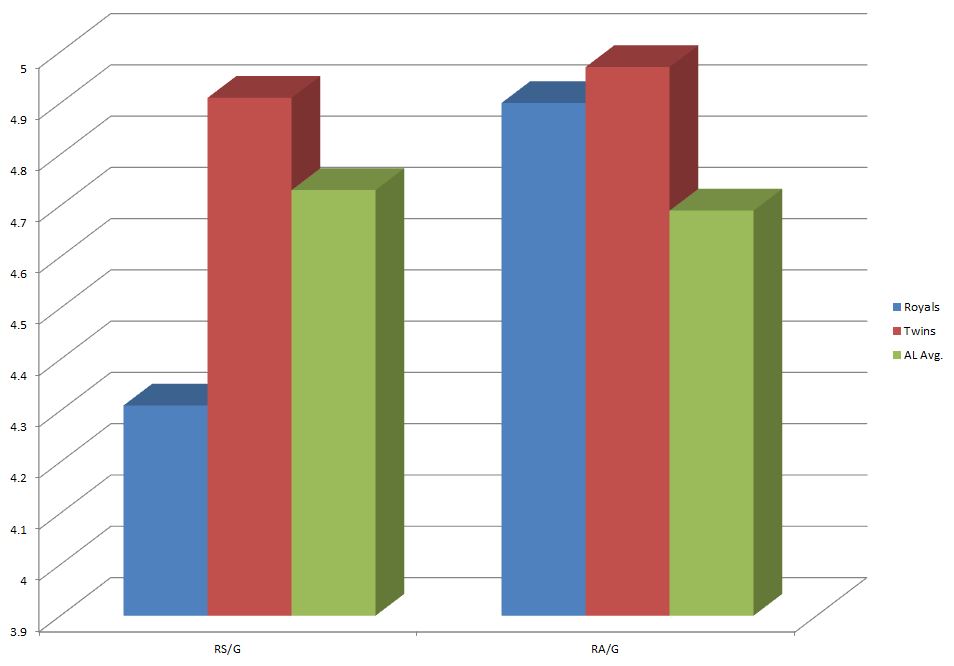 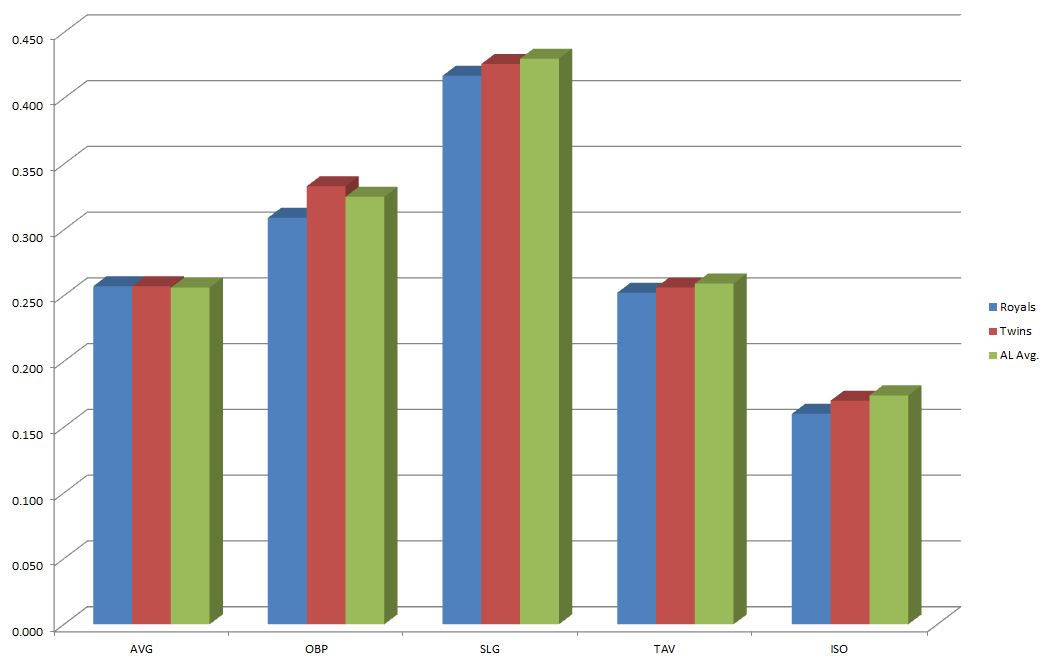 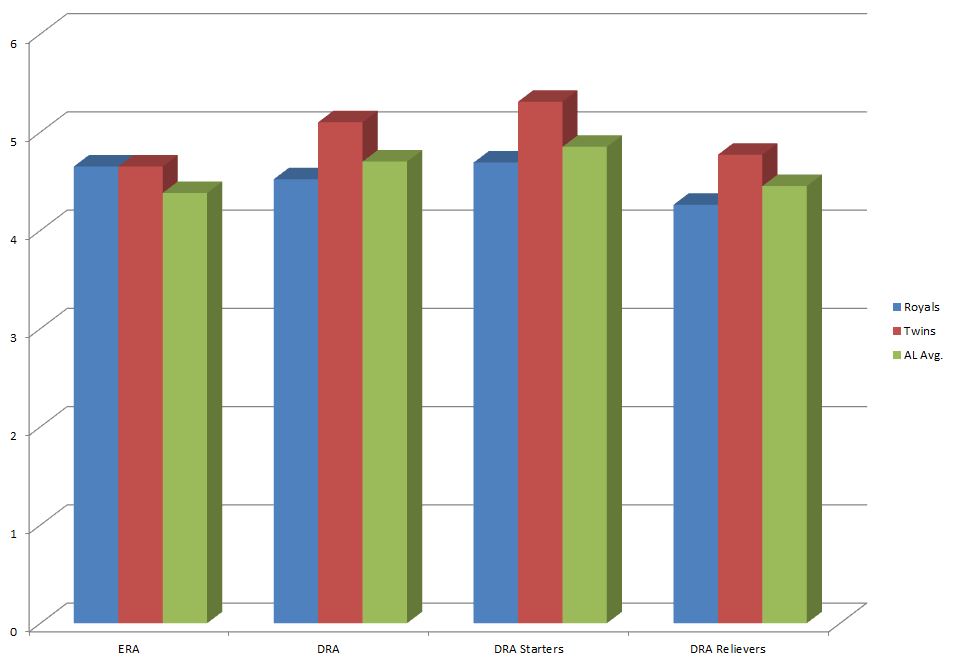 Gibson shut the Royals down last week, but he also did so with his team up by 10 by the time he came out for the third inning of work. I’m not taking away from his performance the other day, well I sort of am, but I’m not sure it’s indicative of what Gibson really is, which is a struggling pitcher.

As we mentioned last week, he pitches with a four-seam fastball, sinker, changeup, slider and curve. All his pitches have been hit hard, but the four-seamer remains the big problem for him. That seems like a good matchup for a good fastball hitter, which means that Jorge Bonifacio should probably be sitting in this game. Of course, he probably would be anyway, but there’s at least a reason. Of all people, Paulo Orlando has absolutely dominated Gibson with eight hits in 13 at bats in his career. That’s a tiny sample size, but it’s also a really impressive stat line. Mike Moustakas could have an opportunity to add to his home run total in this one with a .357/.438/.536 career line against Gibson as well.

Signs point to the newly acquired Gaviglio getting the nod in this one. I guess someone has to make this start in this spot in the rotation. He had his chance to make a few appearances with the Mariners and the baseball card stats weren’t awful with a 4.62 ERA and a touch under six innings per start. The stuff just isn’t there. He’s mostly a fastball/slider guy with the fastball topping out in the low-90s and averaging about 89. His slider is theoretically a decent strikeout pitch, and he does get a decent whiff percentage on it, but when it hangs, it’s very hittable. All in all, he’s an organizational arm, but that’s probably an improvement over what they’ve been running out there.

Santana is the Twins best starter, and has had a really fantastic season following a solid season a year ago. The Royals got after him a little bit on Sunday, getting four runs on eight hits against him with just two strikeouts in 6.2 innings. That was in contrast to his last seven starts where he struck out at least six each time out. If he’s not getting swings and misses, he’s susceptible to giving up hits, so that seems like a pretty big key in this one.

His repertoire hasn’t changed since Sunday. He still has a solid fastball, an excellent slider and a sinker and a changeup that work to complement his two main pitches. One of the big keys from Sunday’s game was that the Royals right-handed bats didn’t fall behind in the count and let the slider eat them up. And when they did, they were able to foul it off rather than letting it get deep enough that they swung over the top of it. Santana has been pretty mediocre at home this year, posting a 4.14 ERA in 15 starts, but on the road, he’s put up a 2.48 ERA in 13 starts and has gone 8-2. Home/road splits are weird, but that one stuck out to me. Another interesting split with Santana is that he’s very good the first time through a lineup (.592 OPS allowed) and the third time through a lineup (.661 OPS), but the second time, he allows a .280/.328/.517 line. I guess the key is get to him then because the chances will be slim otherwise.

Kennedy had his best start in awhile the last time out against the Twins. He still gave up four runs, but if not for a rare Lorenzo Cain error, he’d have likely ended up with six innings and two runs allowed. You’ll take that every time. The key is to build on that. His command has been better recently, so that’s a good sign to him pitching better. If he can be a legitimate number three starter down the stretch, the Royals might have a shot. If not, they’re in trouble.

After a brutally bad debut season as a rookie, Berrios has shown why he was a top prospect. He’s striking guys out, limiting walks and really limiting hits. The home runs are even cut basically in half from last season. He isn’t afraid to come inside, as evidenced by his 13 hit batters this season, but he’s had a really nice sophomore season. He’s only 23, so he’ll be a problem for a long time.

Berrios throws a really lively fastball that averages about 94 MPH and a sinker that’s very similar with some serious drop to it. He mixes in a curve that can be dominant and a changeup to keep hitters honest. He’s gotten 55 strikeouts with the curve, so it’s definitely been the go to, but don’t think he can’t strike guys out with his fastball too. It’s been a heck of a swing and miss weapon. There are two ways to go after a pitcher with a pitch that can be so dominant. You can attack his other pitches or you can try to find a combination that will take the sting out of their best pitch. If the Royals choose to attack the curve, they have the horses to do it. Bonifacio has hit .435 on curves from righties while Lorenzo Cain has hit .366 and Eric Hosmer .308. Bonifacio has also slugged a robust 1.043, so he’s a must start in this one.

Junis continues to get it done for the Royals, though he did seem to hit a wall his last time out in Detroit. I don’t think he’s necessarily hitting a wall as he hasn’t even reached his career high in innings pitched, but every pitch he throws, the book on him gets a little deeper. The best part about Junis, though, is that he’s walked one batter as a starter since he came back to start the second game of that double header in early August. And he’s struck out 27 in 30 innings. The only home run he’s allowed came in a relief outing, though Alex Gordon helped him keep that alive on Monday.

The ageless Colon gets the ball for the Twins in this one, and while his overall numbers have been lackluster, he’s been pretty good for the Twins. He’s put up a 3.94 ERA in 61.2 innings with them, but that might be a bit superficial. He’s had excellent control, but has only struck out 5.5 per nine and has allowed better than 11 hits per nine innings along with nearly two home runs every nine.

Colon is the rare pitcher who works mostly with hard stuff. His sinker is what he goes to the most and it averages about 87-88 MPH while his four-seamer comes in at around 90. He does mix in a changeup and a slider, but they’re mostly for show. Both of his big pitches have been hit very hard, so if the Royals can just get some sequencing going, they should be okay against him. Something tells me his 85.5 percent strand rate won’t last. Colon has been around forever basically, but the only Royals hitter who has seen him more than nine times is Alex Gordon. He’s hit well off him, but we can’t really glean much from that. I mentioned that strand rate for Colon, and that’s really the key to him. He’s around the strike zone a lot, so he’s hittable. The key is to make sure to stay selective when there are runners on base because he’ll give a pitch to hit at some point. With the Twins, he’s allowed a .344/.365/.649 line with the bases empty and a .235/.275/.314 line with runners on base. Something has to give there, and if the Royals can get to their contact approach, it could easily give in this game.

Of course, it may not matter because Jason Vargas has turned into a pumpkin and then some. Since ending August with a 12-3 record and a 2.22 ERA, he’s gone 2-7 with an 8.13 ERA in 11 starts, and that includes allowing 16 homers in just 52 innings. This is more than a regression to the mean. This is a guy wearing down after throwing very few innings since 2014. I don’t know what he has left, but the Royals need him here. He was great against the Twins in June, going seven innings and giving up just one run on two hits. They could use something similar here.

The Royals look like they’re running on fumes, but maybe the home air will get them back on track. I’m not optimistic, and I think they just tread water and split this series, which really isn’t enough.

Tags: Ian Kennedy, Jake Junis, Jason Vargas, Sam Gaviglio |
David Lesky
Follow @dblesky
I've been a Royals fan since the day I was born, and have had the opportunity to write about the Royals for nearly a decade now. The winning was better than the losing, but the losing is kind of familiar at least.
read more from David Lesky