The final homestand begins with the Detroit Tigers, which is kind of sort of fitting as an end to this run for the core of the championship club seeing as they ended the Tigers division title run in 2015. The Tigers don’t much resemble that team that had a stranglehold on the division for a few years as they’ve committed to their rebuild. They still have some talented pieces, but age looks like it might be catching up with Miguel Cabrera and Ian Kinsler while the pitching staff is an unmitigated disaster for them outside of maybe Shane Greene in the bullpen. Add in that they’re playing for a now lame duck manager over the final week of the season, and it’s hard to find many positives with this team. 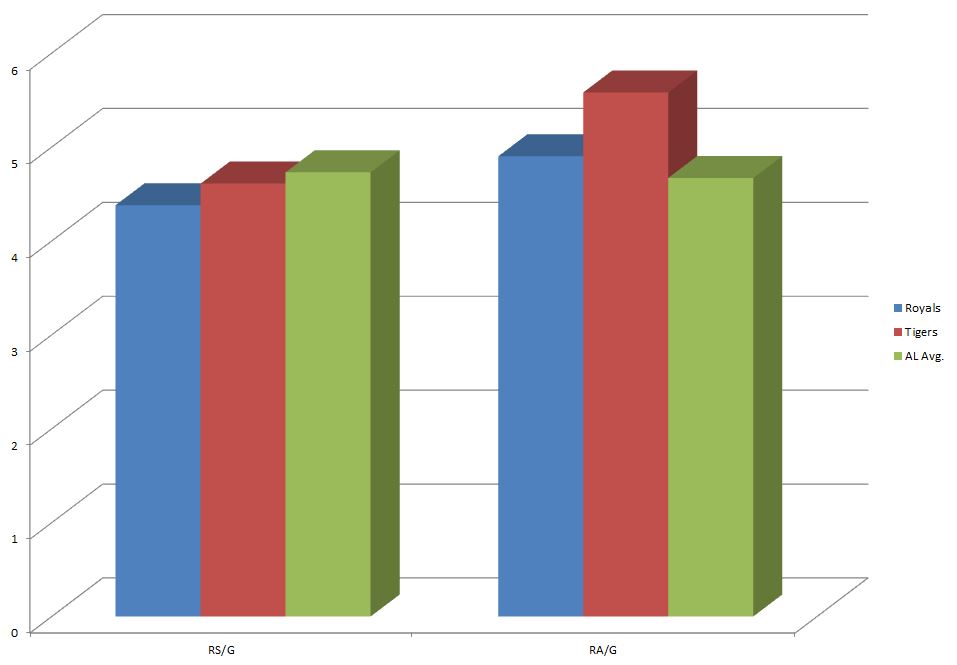 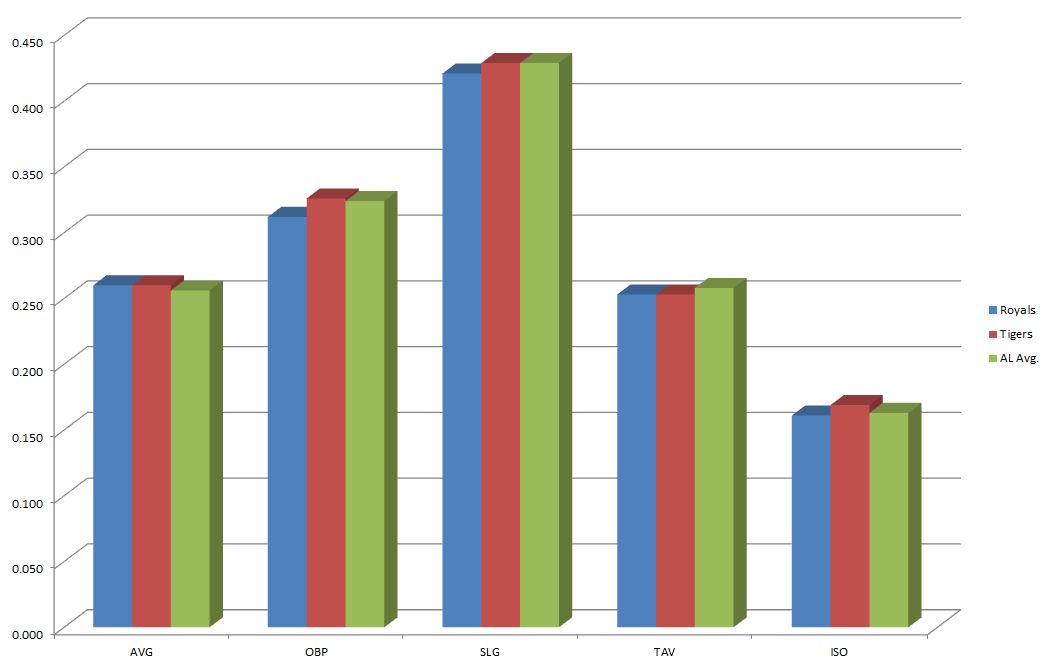 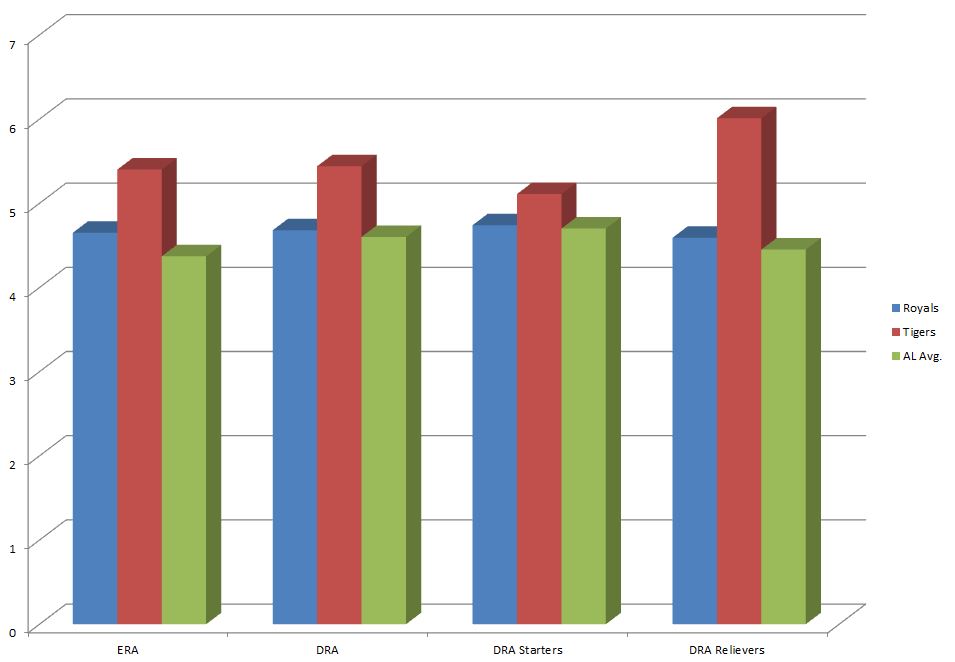 Sometime during the 2012 offseason, when I was crowing about hating the trade to acquire James Shields and Wil Myers, my argument was that the Royals could have kept their top prospect and signed the better pitcher. That better pitcher was Anibal Sanchez, who admittedly was excellent in 2013 and good in 2014, but has a 4.51 ERA over the course of his five-year deal as he’s gone from Cy Young contender to a guy who will probably be looking at a minor league deal as a free agent. I’m glad the Royals didn’t listen to me. Otherwise, they never would have had the opportunity to trade for Jorge Soler. I guess it’s probably worth noting that he’s given up just two runs on nine hits in his last two starts with 19 strikeouts and four walks over 12 innings.

Sanchez once had very good stuff, but now it’s pretty ordinary. He has a 91-92 MPH four-seam fastball, a sinker, a changeup, a slider, a curve and a cutter. When he gets some of his old movement on the fastball, it can look pretty good, but it doesn’t happen often, and the only pitch he has success with is the changeup. That’s the pitch that’s been responsible for 40 of his 92 strikeouts and the one he’s allowed just a .180 average on this season. Eric Hosmer and Melky Cabrera have both had plenty of success against him, both with an OPS above .900 in 40+ plate appearances. A big key here is to let him fall behind, and he will. Opponents are hitting .359/.468/.748 this year when ahead in the count.

While it’s too little, too late for the Royals playoff chances, Vargas seems to have gotten back on track over his last few starts, finally exceeding six innings in his last outing. He’s given up four runs on 11 hits over his last 16.1 innings and has three straight winning decisions. The Royals appear to be acting cautiously with him as he hasn’t thrown more than 90 pitches this month and hasn’t even gotten to triple digits in pitches since June 30th.

Zimmermann is another example of the issues with the free agent market for starting pitching. He was coming off a run of five years with a  3.14 ERA in the National League and has been an absolute disaster for the Tigers. His strikeouts are down, his walks are up and he’s become extremely hittable. In hindsight, he was starting to show some signs of this in his last year in Washington with more hits than innings pitched and he had a bit more trouble with the home run ball, but it wasn’t enough to have made anyone believe this was going to happen. Of course, he has made one start against the Royals this year, and it was probably his best start of the season, going 6.2 innings and giving up one run while striking out seven and walking nobody.

He relies on a four-seam fastball and a slider mostly. The fastball should be decent, coming in at about 93 MPH with some movement, but opponents have hit .342 with a .617 slugging percentage against it this year, so it is decidedly not decent. His slider has been pretty effective, though, so that’s a pitch to keep an eye out for if you’re a Royals hitter in this game. One of the crazy things about Zimmermann is that it very easily could be worse for him. He’s allowed a .322/.373/.561 line with nobody on base, but he’s actually held opponents to a .752 OPS with runners in scoring position. His strand rate of 67.3 percent isn’t good, but given what he’s allowed typically, it could be far worse than that, so I guess give him some credit there.

While Vargas appears to be finishing the year strong, Hammel is limping to the finish. He tied a career high in his last start with his 31st of the season, and will surpass his innings career high in this one if he goes 3.2 innings, but he’s failed to do even that in two of his last three starts. After a run of amazing consistency for really 18 starts, he’s fallen apart down the stretch, going 0-3 with a 12.79 ERA in his last three starts, spanning just 12.2 innings. He’s allowed a whopping 29 hits in that time. It’s been bad, but he’s had some success against the Tigers this season, so maybe he can end his season on a high note.

Coming into the season, I thought Boyd was going to figure it out and team with Daniel Norris, Michael Fulmer and Justin Verlander to give the Tigers a good enough rotation to stay in the race. Wrong again. He just couldn’t ever get it going this year, but there is some good news for the Tigers. He’s been very good in his last three starts, going 1-1 with a 0.87 ERA over 20.2 innings, which includes a no-hit bid that he carried all the way up until there were two outs in the ninth inning. I’m not sure this is a sign of things to come for him, but there’s talent in that arm, so while the numbers are bad, this isn’t necessarily an easy game for the offense.

Boyd throws a 93 MPH fastball, a sinker that’s a tick or two slower, a changeup, curve and slider. Nothing has worked consistently this year other than the curve and nothing has been bad consistently this year other than the sinker. The four-seamer has been hit a little bit, and I think Alcides Escobar has a chance to continue his nice end to the season in this one. He’s hitting .400 on four-seam fastballs from lefties this year with a .622 slugging percentage. It’s obviously a small sample, but he’s 4-for-8 against Boyd this year with a double and a triple and he’s even worked a walk against him. Boyd has one really interesting split I want to point out. The first time through the order, he’s bad, allowing an OPS of .859. The second time through, he’s worse, allowing an OPS of .889. The third time through, though, he pitches quite well with a  .223/.291/.347 line against him. I think a lot of that is if he’s good enough to get to the third time, he’s pitching well, but still, that’s sort of an odd line given how reliable the third time through the order penalty is.

This’ll be it for Duffy in 2017, putting an end to a sort of up and down season for the Royals ace. The numbers are solid as he’s done a nice job of limiting hits and home runs and he’s kept his walk rate down while his strikeouts remain mostly up from last season. The down of it is that he’s been on the disabled list twice and had an off-field incident that embarrassed both him and the organization, it seems. His last two starts have been very good with just four runs allowed in 11 innings (three earned) and only two walks in that time. He was on a nice run of strikeouts for awhile, but struck out just two in his last start. He’s faced Detroit twice this year, pitching well once and poorly once, but I think Duffy has a good finish in him for this game.

The Tigers are definitely done and the Royals head into this series essentially there. It makes me wonder if we’ll see some more of the Royals young guys as this series progresses, which I think gives the advantage to the Tigers as their top end young talent is better than the Royals right now. I think the Royals still win two of three in this one, but given that the results likely don’t matter all that much, I’m not terribly confident in that because weird things happen when there’s nothing on the line.

Tags: Danny Duffy, Jason Hammel, Jason Vargas |
David Lesky
Follow @dblesky
I've been a Royals fan since the day I was born, and have had the opportunity to write about the Royals for nearly a decade now. The winning was better than the losing, but the losing is kind of familiar at least.
read more from David Lesky