This is how it all ends in 2017 for the Royals. They welcome the Arizona Diamondbacks into town for one final series in what feels like much more than a season ending series. It’s really an era ending series, and the Royals certainly don’t have an easy weekend ahead of them. Yes, the Diamondbacks are guaranteed to host the Wild Card game on Wednesday, but they’ll have two days off between the finale and that game, so they likely won’t be resting players as much as the Royals hope. Maybe they can just give J.D. Martinez, of the nearly .800 slugging percentage since joining the team a few days off, though. Please? 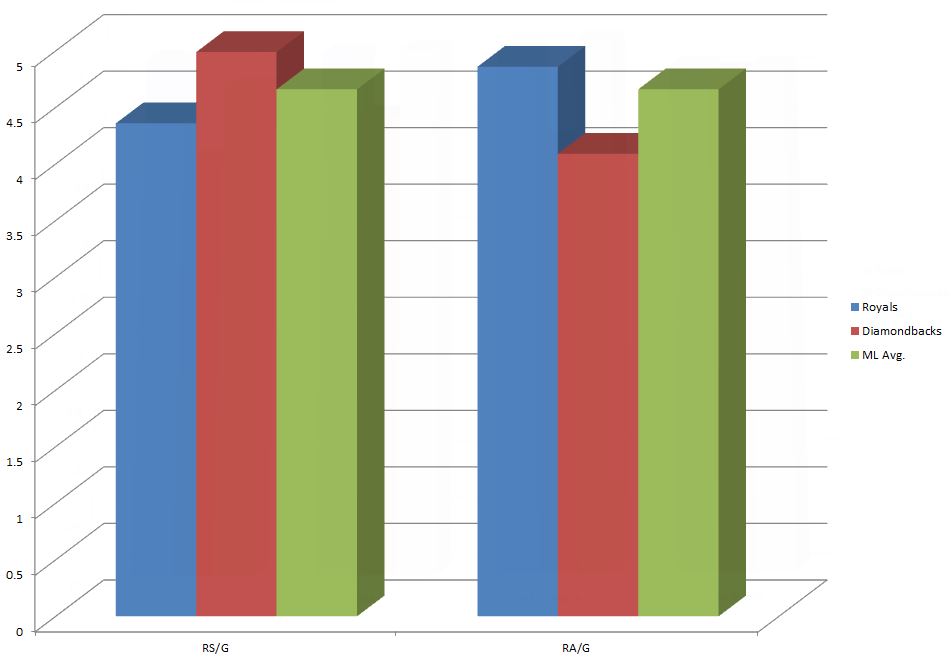 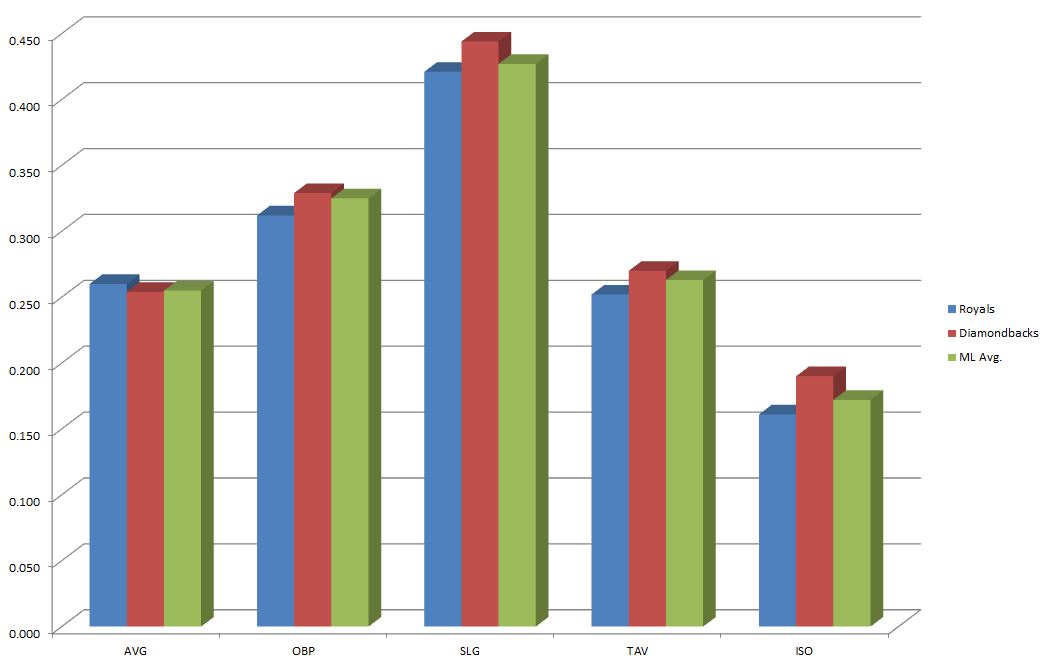 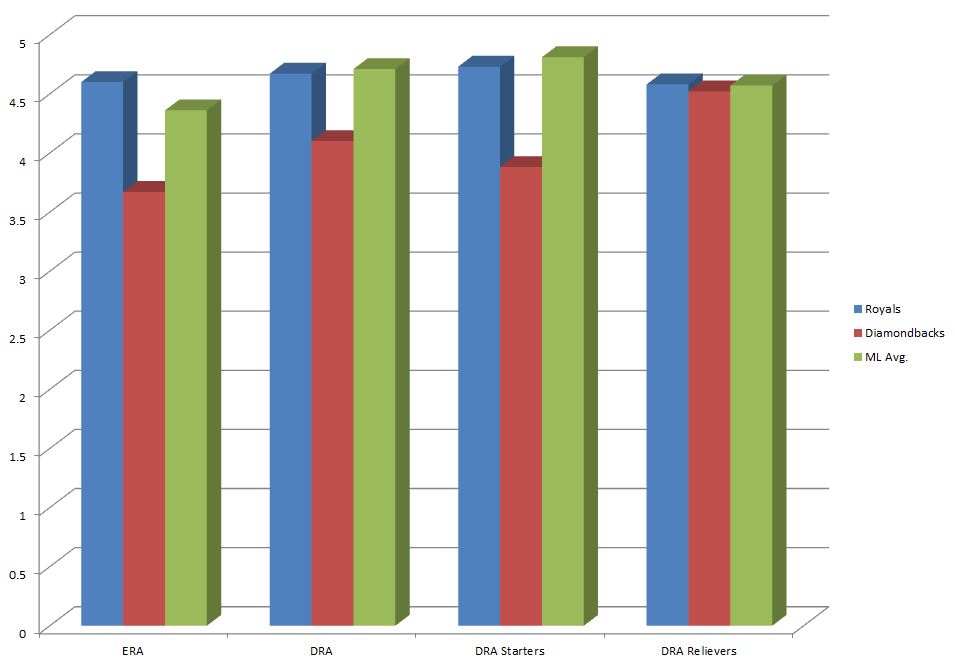 Now on his fourth team since he last pitched for the Royals in 2010, Greinke remains one of the better pitchers in baseball. There was an adjustment period when he moved to the desert last season, but is now sporting his highest strikeout rate since 2011 and a walk rate of just two per nine innings. He’s not as overpowering as he was capable of being in his time with the Royals, but the guy can still really pitch. This will be a tune-up for a Wild Card game start and with his fifth out recorded, he’ll reach 200 innings for the seventh time in his career.

Greinke uses a four-seam fastball that only averages about 91 MPH, but he has some great movement on it. He has a very good slider, a changeup and a curve that he uses and he keeps hitters off balance well with. The slider is an excellent strikeout pitch for him, but it can flatten out, which has caused him to allow a .179 ISO on it and 10 home runs this season. Basically, it’s probably either going to elicit a swing and miss or some decent contact. Unlike most top of the rotation starters, Greinke doesn’t last all that deep into games typically as he’s only pitched past the seventh inning in six of his 31 starts. He loses gas late, but the Diamondbacks are well aware of it, and I’m not so sure he’ll pitch deep into this one anyway, given that they just want to make sure he’s not rusty for the important game next week. The Royals don’t have a ton of experience against him as he’s been almost exclusively in the National League since the trade, but Brandon Moss has two homers against him in 13 at bats while Alex Gordon hit a leadoff home run against him a few years back.

The goal for Kennedy in this one is to give Royals fans a positive memory heading into the offseason because it’s been a dreadful year for him. You’ll never be able to convince me that he hasn’t been pitching through injuries basically all season because he looked like 2016 Kennedy in April before his hamstring issue. Things just haven’t been the same since. The Diamondbacks can hit and they can hit the long ball, so this is a troublesome matchup. If they choose only game to sit J.D. Martinez, I hope this is it. He only has one career home run against Kennedy, but the way he’s going, that could triple by the fifth inning if he plays.

The Diamondbacks acquired Walker in the offseason in a really interesting trade that sent Jean Segura and Mitch Haniger to the Mariners. Walker had been mostly potential in his time in Seattle, but has been a key cog in Arizona’s rotation for most of the season. He’s walked more batters this year, but the strikeouts are still at a solid level and he’s found a way to cut back on the home runs that gave him trouble with the Mariners the last two seasons. He’s not all that different a pitcher, but the results have been better, so that’s good news for the D-Backs.

He relies heavily on a fastball that averages about 94 MPH with some good movement on it. He also throws a slider, split and curve, but the curve has been crushed this season with seven extra base hits on it in just 59 at bats ending on it. He does get a good amount of swings and misses, but it hangs far too often to be a pitch he can count on regularly. He only throws it about 11 percent of the time, but Lorenzo Cain, Eric Hosmer and even Alcides Escobar could feast on him if they’re able to pick the curves out. All have hit better than .300 on curveballs this season. It might not be a bad idea to start Jorge Bonifacio in this one as well with his .793 slugging percentage on curves, but the Royals are probably committed to playing Melky Cabrera before he leaves the team for a second time this offseason. Like Greinke, Walker doesn’t get deep into games often, having pitched past the sixth just five times all year and with terrible results.

Junis is looking to put a nice bow on his rookie season that has been very successful. He was up and down in his first stint in the big leagues, but even with a rough outing his last time out against the Yankees, he’s gone 5-1 with a 3.67 ERA in 10 games since coming back in early August. He’s averaged six innings per start, limited hits and really limited walks with just seven allowed in 56.1 innings. The Diamondbacks are a good offense, so this’ll be a nice test to end his season. He should end the year around 170 innings pitched, which would be a nice number for him to be able to increase to 190-200 next season.

I think Ray is the best pitcher nobody is talking about. He strikes out a ton of batters (12.2 per nine to be exact) and really limits hits well. The numbers above show how good he’s been this season. I think his ERA is probably a little lower than the peripherals, but when you can get the swing and miss, it’s easy to outperform. The biggest difference between this year and last year is that he allowed 185 hits in 174.1 innings last year and has allowed just 115 in 160.1 innings this year. His .270 BABIP against him isn’t even terribly low to raise flags. He’s legit.

Ray works with a 94-95 MPH fastball that, like the other two starters in this one, really moves around a lot. He also has a curve and slider that both get tons of swings and misses. All three pitches have been extremely difficult to square up this year. Where he’s gotten in trouble is when he throws the very occasional sinker, but he’s only thrown 97 all year. The Royals haven’t faced a lot of lefties with his velocity, but over the last three years, Escobar has hit .395 against lefties with Ray’s velocity and Hosmer has hit .378, so those are two to watch out for in their Royals finales. Hosmer has also slugged .703 on hard lefty fastballs, so he’s really a threat to have a big game. Ray has been a good pitcher all year, but he’s been nearly unbeatable on the road, going 8-1 with a 1.79 ERA away from Chase Field and has 118 strikeouts in 85.1 innings.

Vargas will look to pick up his 19th win, which would put him in a tie for the ninth most in a single season in Royals history. Pitcher wins are a stupid stat, but I’m still all about guys moving up leaderboards and Vargas will look to do that in his final start as a Royal (probably…maybe). He’s been fantastic lately, going 4-0 with a 2.01 ERA in his last four starts after it looked like he had completely hit a wall in August and early September. He can give up as many as three earned runs in six innings to keep his ERA below 4.00, if you like those things. I imagine he’ll get just enough work to hopefully take home a win and then will get a nice sendoff from those in attendance.

It’s really hard to say how this series will go because the Diamondbacks know exactly what their playoff fate is, so they have nothing to play for, but need to keep fresh with two days off after this series ends. I think with the emotion of the weekend for the Royals core that they’ll win two of three and send us into the offseason with some good memories. Maybe I just hope that, but at this point, that’s enough.

Tags: Ian Kennedy, Jake Junis, Jason Vargas |
David Lesky
Follow @dblesky
I've been a Royals fan since the day I was born, and have had the opportunity to write about the Royals for nearly a decade now. The winning was better than the losing, but the losing is kind of familiar at least.
read more from David Lesky