The Royals return home to face the Tampa Bay Rays, who just lost three of four to the Baltimore Orioles, who were the worst team in the American League. Of course, the Royals just lost two of three to those same Orioles, so, well, you know. The Rays offense actually isn’t bad. They hit for a decent average and get on base pretty well, but they don’t have much power. They’re trying the bullpen game thing, and it hasn’t been a disaster, but it would probably be going better if they had more than one starter pitching well right now. The bullpen has been okay, and even with the bullpen games, they don’t seem to be overworked, so that’s pretty interesting. 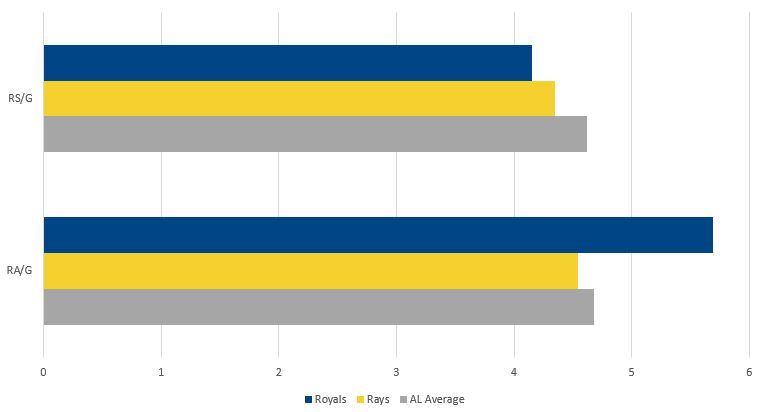 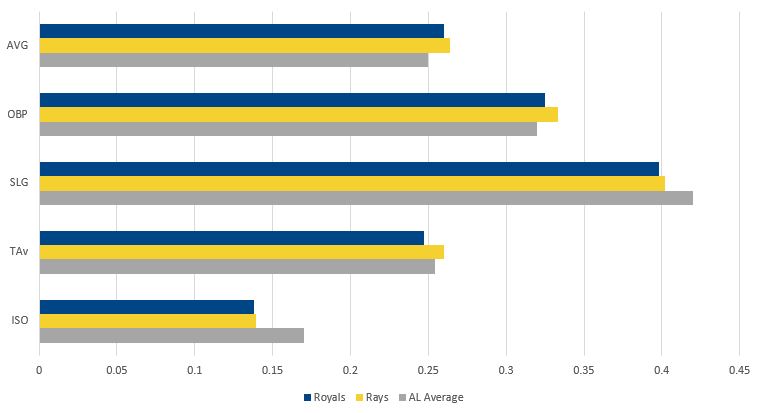 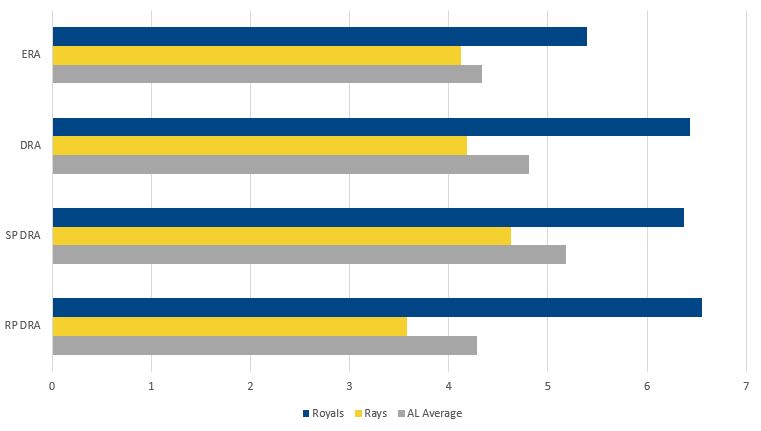 Yarbrough has been solid for the Rays as part of their bullpen game initiative and will be making his third start of the year in this one. He’s gone at least four innings in four non-starts with a season-high in pitches of 88, so if he’s going well, he’ll continue to pitch, likely until he sees a lineup a third time. He works with a four-pitch mix featuring a fastball sitting at 90-91, a cutter at 87-88, a changeup and a slider. His cutter has done a number on opponents, with them hitting just .094 against it with zero extra base hits, but his fastball and slider have been hit pretty hard. As a lefty with middling stuff, he sure seems like the type of guy who would give the Royals fits based on previous seasons, but the Royals have actually hit pretty well against lefties this season. I guess Jorge Soler really helps that out. One thing I found really interesting with him is that his average launch angle allowed is 21 degrees, which is really high. He’s gotten a lot of popups this year, which the Royals seem to be awfully good at hitting, so that’s a match made in heaven.

Skoglund has been surprisingly okay lately, though I guess the “okay” level for him is pretty low given that he’s one of his last three starts has seen him allow five runs in 4.2 innings. Still, he had a decent start against Baltimore and was great against Chicago, so two of his last three have ranged from decent to very good. While the Royals have been pretty good against lefties, the Rays have done quite well, so Skoglund will have to be at his best to stop that trend. If he’s going to find success in this game, it’ll have to be with his curve, which has been his best pitch this season. He has a 33.3 percent whiff rate on it. It’s not just this game that he needs his curve. It’s the pitch that needs to be good if he’s going to make it in the big leagues. And hey, I suppose the element of surprise could be in play because no Rays hitters have faced him.

We’ll update this with the Rays starter as it becomes available. Anthony Banda is a pretty decent possibility here, but even the Rays don’t know who will pitch yet.

Kennedy had been pitching really well up until his last start when he couldn’t hold a lead the Royals gave him through the top of the first against Baltimore. He became the first of three Royals starters to allow nine in a game, so that’s…something. For the first time since 2012, Kennedy is allowing more than a hit per inning, and that’s very concerning. The good news is that he’s striking hitters out at a reasonable rate and his walk rate remains down. He had some correction on his home run rate in his last start, and the Rays as a team that doesn’t hit for a ton of power could be a good chance for him to get back to what he was doing prior to the disaster in Baltimore. He’s 1-5 with a 5.76 ERA in nine career starts, which includes a disaster start against them last year when he gave up seven runs in 2.2 innings and two home runs. So, you know, maybe don’t do that again.

Faria had a very impressive debut last year in his rookie season, and while he’s regressed in some ways, in others, it seems like he might be due for a correction. He’s still very difficult to hit, but he’s just not getting the strikeouts and he’s walking a few more batters. Those are both big issues, but they seem to be correctable as he has very good stuff. He throws a fastball at 91-93 about 57 percent of the time along with a  changeup and slider. Nothing has been hit especially well, but the fastball has been hit for power, and with the walks he’s allowed, it’s hurt him quite a bit. He’s shown throughout his career that he starts to get hit harder after he’s thrown 75 pitches, and given his walk rate, you’d have to wonder if that would come sooner than later. He also has a reverse platoon split in his short career, and with the heavy dose of fastballs, I think Soler and Salvador Perez are good bets to carry the offense in this one. Faria didn’t face the Royals last season, but a guy who relies on a fastball that isn’t dominant does appear to be the type the Royals could and should hit well.

One night after Kennedy gave up nine runs, Hammel did it as well, but he was lucky that his offense bailed him out and got the Royals a crazy victory in Cleveland. In his last three starts, he’s allowed 20 earned runs in 15 innings. I’m not sure if this is common knowledge, but that’s not good. Seven walks and eight strikeouts in that time have been a big part of the problem, and his inability to miss bats this year always made him a big time regression candidate when he was pitching to a 3.38 ERA in his first five starts, but even I didn’t think it would hit this hard. Hammel’s career started with the Rays and he’s struggled against him throughout his career, going 2-3 with a 4.89 ERA in seven starts. Like Kennedy, he also got hit hard by them last season, giving up seven runs on 13 hits in seven innings. Wilson Ramos has hit him well in 14 plate appearances, but he’s handled Denard Span quite well, limiting him to a .120/.185/.240 line in 27 plate appearances.

Neither team is good, but even with the last couple games, I like the way the Royals offense is going and think they can do some damage against the Rays. I also hate the way the Royals starters are going, so maybe it won’t be enough, but I’m going to go out on a limb and say the Royals win the series by taking two of three.

Tags: Eric Skoglund, Ian Kennedy, Jacob Faria, Jason Hammel, Ryan Yarbrough |
David Lesky
Follow @dblesky
I've been a Royals fan since the day I was born, and have had the opportunity to write about the Royals for nearly a decade now. The winning was better than the losing, but the losing is kind of familiar at least.
read more from David Lesky