The Royals make their first trip out west and will take on the Los Angeles Angels in a three-game set. The Angels have had an odd season. They’re 18-10 on the road, but just 14-18 at home, and this series will be a home series for them, if you didn’t already know. We all know about the star power on the Angels roster with Mike Trout and Shohei Ohtani (and Andrelton Simmons if you’re not paying attention), but the rest of the Angels offense has really let the team down. Ian Kinsler and Zack Cozart were brought in to be big time bats and solid defensively. They’ve both struggled. Justin Upton hasn’t been special. Albert Pujols has continued his decline. Where they’ve shone is their rotation. Ohtani has definitely been a star, but all five of their starters have sub-4.00 ERAs and only one probably doesn’t deserve it based on his peripherals. If they can get some of their proven offensive players to get going, they’ll have  a shot to get to the playoffs. 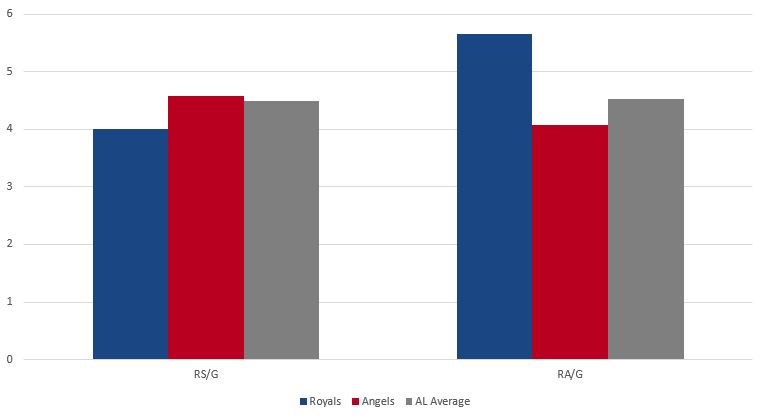 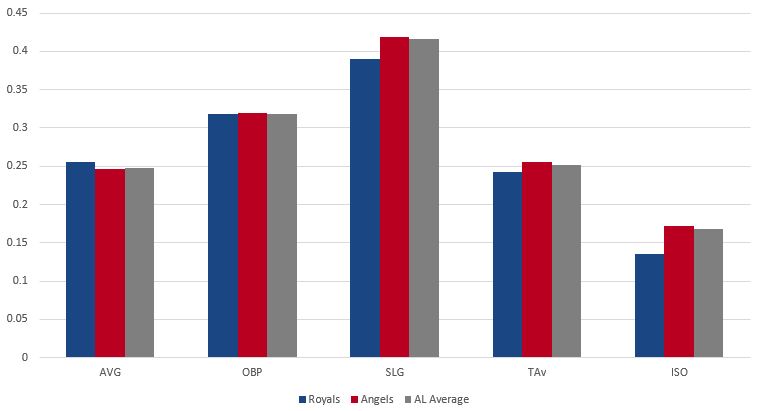 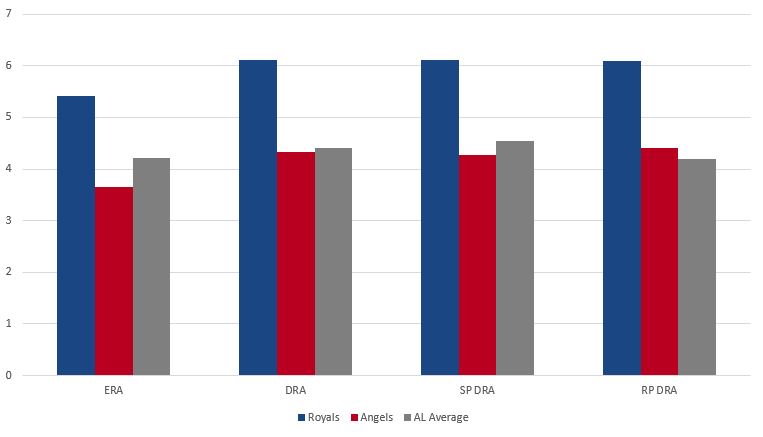 Tropeano hasn’t yet had a chance at a full big league season, but he’s shown in his bits and pieces that he can be a solid addition to a rotation. He’s not striking out as many as he did prior to his year off, but his walks are down and he’s been much more difficult to hit this season. As is the case with so many guys who don’t have great stuff, when he gets hit, he gets hit hard, so he’s had a bit of a home run problem. The fastball won’t overwhelm you, averaging just a bit higher than 91 MPH. Against righties, he’ll often start hitters with a slider, and that’s been the culprit on three of his home runs allowed this season. Given Jorge Soler’s propensity to swing away at sliders, he might catch one in the middle of the plate and get a first pitch homer in this one. Of course, that would be the first home run on the first pitch of the year, so maybe not. If the Royals can wait him out, he does tend to fall apart a third time through, allowing a .319/.396/.553 line. He did face the Royals in April when they were at their absolute worst and went 6.2 shutout innings, so the Royals should be out for revenge.

Duffy is looking to build on another solid start, though it was not nearly as good as his start against the Rangers. He allowed just one run in six innings, but his control was shaky with four walks and he didn’t get a ton of swings and misses. Starts like that happen and if a pitcher is going well, you talk about how he gutted it out without good stuff, but when he’s had a season like Duffy, you hope the end results weren’t a fluke and that he was about to return to his early season form. I’m encouraged that his changeup was still good, and in a right-handed heavy lineup like the Angels, he’ll need that to be working or else he could get in some serious trouble.

Heaney is another Angels starter with injury issues. He’s never made more than 18 starts in a season, but he’s been pretty good this year. He’s struck out more batters than innings thrown and his walks are at a respectable level. After allowing 12 home runs in 21.2 innings last year, he’s only allowed four this season, so that’s obviously a huge improvement. He won’t shock you with his velocity, averaging just about 92-93 MPH, but he has one of the lowest exit velocities allowed at 85.8 MPH and a lot of that is from a pretty solid spin rate on his sinker. Add in a curve that gets a whiff 41.8 percent of the time, and it’s easy to see why he’s been so effective this year. It’s interesting to me that he’s allowed a .221/.285/.354 line with the bases empty and a .354/.400/.542 line with runners in scoring position. I wish I could tell you which way it’s going to go, but one of those things is likely to look more like the other by the end of the year. He gave up four runs on seven hits over five innings against the Royals in April.

Keller gets his second shot at a start, and his first one was really encouraging. He only made it three innings due to a low pitch count, but he really encouraged me by getting eight swinging strikes out of the 51 pitches he threw. If he can maintain that, the sky is the limit for him as a starter. His swinging strike rate of seven percent out of the bullpen makes me skeptical he can keep it up, but I’d like nothing more than for him to maintain. Given how righty heavy the Angels are, it’s a little surprising that they hit right-handed pitching so well, but they really do, so Keller will need to be on his game. The Angels also do a nice job of hitting fastballs and sinkers, which Keller throws mostly, but they are hitting just .248 (though with a .451 SLG) against fastballs 95 MPH+, so it’s important for him to maintain velocity to have success.

The Royals were supposed to get their first look at Ohtani the pitcher during their series in April, but the game was snowed out, so they were lucky to miss him. I don’t think they’ll be so lucky this time around, since the game is, you know, in Southern California. If you’ve followed baseball at all this season, you know how amazing he’s been. One of the most impressive things about him is just how many swings and misses he gets. With the exception of a start where he only lasted two innings, he’s had at least 10 whiffs in every game he’s pitched. A disastrous spring was supposed to show that he wasn’t ready for the big leagues, but he’s been amazing as both a pitcher and a hitter. He lives at 97+ with his fastball and mixes in a slider and a phenomenal splitter that is nearly impossible to hit when it’s on. The Royals do okay with velocity, hitting .265 with a .429 SLG, so maybe they can single him to oblivion? I honestly don’t see this ending well for the Royals if Ohtani is even close to on his game.

Kennedy has been pretty much a disaster over his last five starts since he threw six shutout innings against the Tigers. In those five games, he’s posted an unsightly 11.03 ERA in 23.2 innings. The eight home runs he’s allowed indicate that he’s regressed to the mean in that regard and I have a pretty big fear of the power in this Angels lineup against his fastball. This year, he’s allowed a .357 average with a .698 SLG and 10 home runs allowed. I still can’t figure out why he hasn’t figured out a way to incorporate his changeup more, given the .104 average and .188 SLG he’s allowed on it. I don’t know what the answer is for Kennedy, but what he’s doing isn’t working. All that said, he did throw six innings and allowed just a run on seven hits against the Angels during his fast start in April, so maybe that’ll rekindle some of his old success.

The Angels aren’t playing their best baseball and they don’t play well at home, as I mentioned earlier. Even so, the talent disparity between the two teams is pretty stark and I don’t really like the matchups with Keller likely to only go four or five innings tops and Kennedy struggling so much. I do believe the Royals snag a win, but that’s it.

Tags: Andrew Heaney, Brad Keller, Danny Duffy, Ian Kennedy, Nick Tropeano, Shohei Ohtani |
David Lesky
Follow @dblesky
I've been a Royals fan since the day I was born, and have had the opportunity to write about the Royals for nearly a decade now. The winning was better than the losing, but the losing is kind of familiar at least.
read more from David Lesky