What could go wrong? One of the worst teams in baseball now has to go on the road to face one of the very best just a few days after getting swept by them at home. Yes, that’s right, the Royals now have to take on the Houston Astros in their home park, which could get really ugly. We just talked about the Astros and just saw them, so you probably don’t need much of a rehash. The moral of the Astros story is that they’re really, really good and they shine even brighter compared to the Royals. 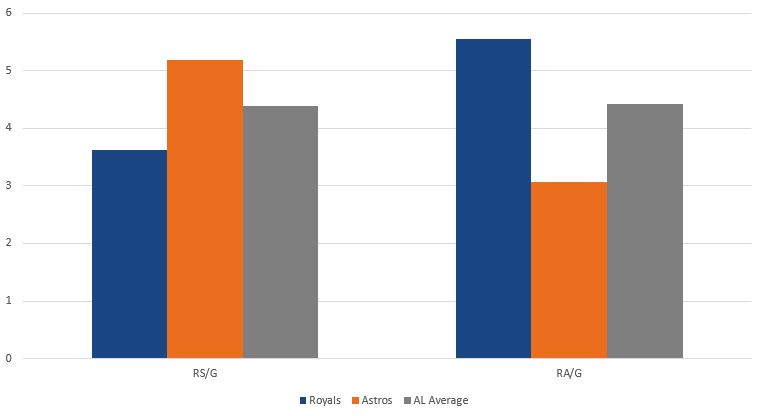 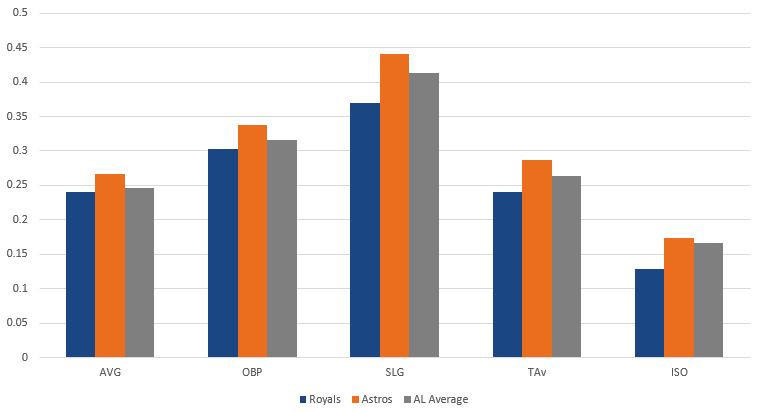 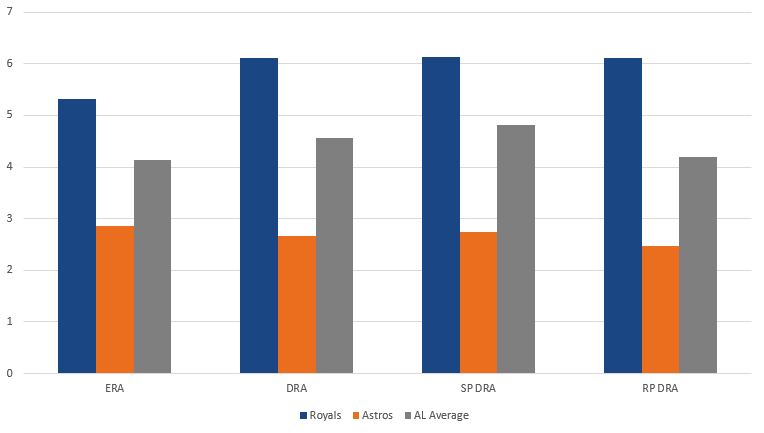 All the struggles that Keuchel had earlier in the year were wiped away when he faced the Royals last weekend. He gave up just two unearned runs over six innings, striking out five and walking just one. He did get his pitch count up a little bit, but he got a ton of ground balls, which is what he does, and he had his highest games core since May 13 when he threw seven shutout innings against Texas. The Royals did force him to throw 25 pitches in the first inning, though they didn’t score, but if they can raise his pitch count similarly in this one, maybe they can find more success. Whit Merrifield did pick up two hits against him, but there’s not really any other Royals hitters who have had much in the way of success against him.

Duffy remains a mystery, though there was some positives from his start Sunday against Houston, even in a game where he allowed six runs in six innings. He started off poor and ended poor, but his stuff did look good again. The Astros didn’t have any problems with it, though, as they only swung and missed six times. He also keeps walking too many hitters, now totaling 13 over his last four starts, spanning just 24 innings. The Astros lineup is a tough task for anyone to navigate, but I feel like Duffy with that short porch in right facing Springer, Altuve, Gattis, Bregman, Correa and Gurriel has a chance to be a real disaster. To be fair, I think just about any pitcher against that lineup in that park has a chance to be a real disaster, but Duffy’s .277/.361/.513 line allowed to righties has me especially worried. And if you were wondering, Springer, Alutve and Marwin Gonzalez all have better than a 1.000 OPS against Duffy in their limited matchups.

McCullers was the one Astros starter to struggle a bit over the weekend against the Royals, giving up four runs on six hits in six innings, though only two of the runs were earned and he did strike out nine hitters. He also got a very impressive 16 swinging strikes, so he had Royals hitters guessing quite a bit. As we discussed last week, he throws a ton of curves and it’s usually a really good pitch for him. Last week was a mixed bag. He got swings and misses on 25.5 percent of them, but only recorded outs on two of the eight that were put into play. It was one of his worst games of the year with his curve in terms of linear weighted outcome, so that’s something to watch for in this one. Salvador Perez was 2 for 3 against him on Sunday and is 5 for 11 with three home runs against him in his career, including postseason. Mike Moustakas was 1 for 1 with a walk before being ejected and is 5 for 12 with a homer against him in his career.

After two straight starts pitching really well, Kennedy got back to the usual against the Rangers on Monday, giving up five runs on four hits in six innings. He did notch eight strikeouts, which was encouraging, but he just wasn’t especially sharp from the first batter on. I wonder a bit if he’s having trouble finding his release point from the stretch. With the bases empty, Kennedy has allowed a not great but passable .265/.319/.429 line with a 6.9 percent walk rate. But with runners on, he’s allowed .305/.383/.573 with a walk rate of 11.1 percent. With runners in scoring position, the walk rate is even worse, jumping to 12.5 percent. This may be the most surprising stat you’ll read for awhile. Kennedy is 3-0 with a 0.92 ERA in three starts at Minute Maid Park. So chew on that.

The Royals haven’t yet seen Verlander in an Astros uniform, which is probably good given how bad they’ve been offensively since he was traded. He’s been amazing, going 14-2 with a 1.47 Era in 141 innings with 173 strikeouts and just 26 walks. He’s also allowed just 79 hits with the Astros, so there should probably be a no-hitter alert on this game before it even starts. Verlander is so scary because he had to learn how to pitch when his stuff escaped him a few years ago and now he’s learned to pitch and his stuff is back. He’s throwing his fastball about 61 percent of the time and averaging 95-96 MPH. Opponents are hitting .184 against it with just 13 extra base hits in 212 at bats. His slider and curve are even more disgusting, accounting for 70 of his 130 strikeouts and holding opponents to a .124 average on the slider and .135 on the curve. If you’re looking for a number that shows weakness, you can stop. The closest thing is that he allows an OPS of .412 the first time through (yes, OPS), .436 the second time and then .721 the third time. But even that isn’t bad. The only Royals hitter with any significant plate appearances against Verlander who has done well is Salvador Perez, who famously has hit .413/.418/.667 with two homers, eight doubles and a triple against him in 67 plate appearances.

Hammel wasn’t horrible in his last start, but he wasn’t especially great. Still, he’s now posted a 2.89 ERA over his last six starts and has averaged more than six innings per start, which will play for a back of the rotation guy. He did walk four batters on Tuesday after walking just five in his previous five starts, so that’s worth watching, but he’s been pitching at a perfectly acceptable level. Like Kennedy, Hammel has been surprisingly good against the Astros in his career, going 2-2 with a 2.85 ERA in 53.2 innings with just 40 hits allowed. He hasn’t had the success at Minute Maid, though, going 1-1 with a 4.62 ERA in four starts. He’s actually held down the Astros he’s faced pretty well, so that’s something, I suppose.

Tags: Dallas Keuchel, Danny Duffy, Ian Kennedy, Jason Hammel, Justin Verlander, Lance McCullers |
David Lesky
Follow @dblesky
I've been a Royals fan since the day I was born, and have had the opportunity to write about the Royals for nearly a decade now. The winning was better than the losing, but the losing is kind of familiar at least.
read more from David Lesky