This season began looking like the Royals had a nice little early stretch where they got to face the Twins, A’s and Angels. We know how the Twins and A’s portion of the schedule have gone and the Angels have gotten off to a much better than expected start, especially given the injury to Garrett Richards. It’s not that the Angels don’t have a very good core. Mike Trout alone would be a great core, but add in Kole Calhoun, Andrelton Simmons and a potentially elite reliever in Cam Bedrosian. It’s just that the depth isn’t there, which is kind of a shame given what kind of team Trout deserves to have around him. I don’t think people will cry too much for him, though.

Just a bit of housekeeping – this is the last series that will look at 2016 stats before we turn the calendar. 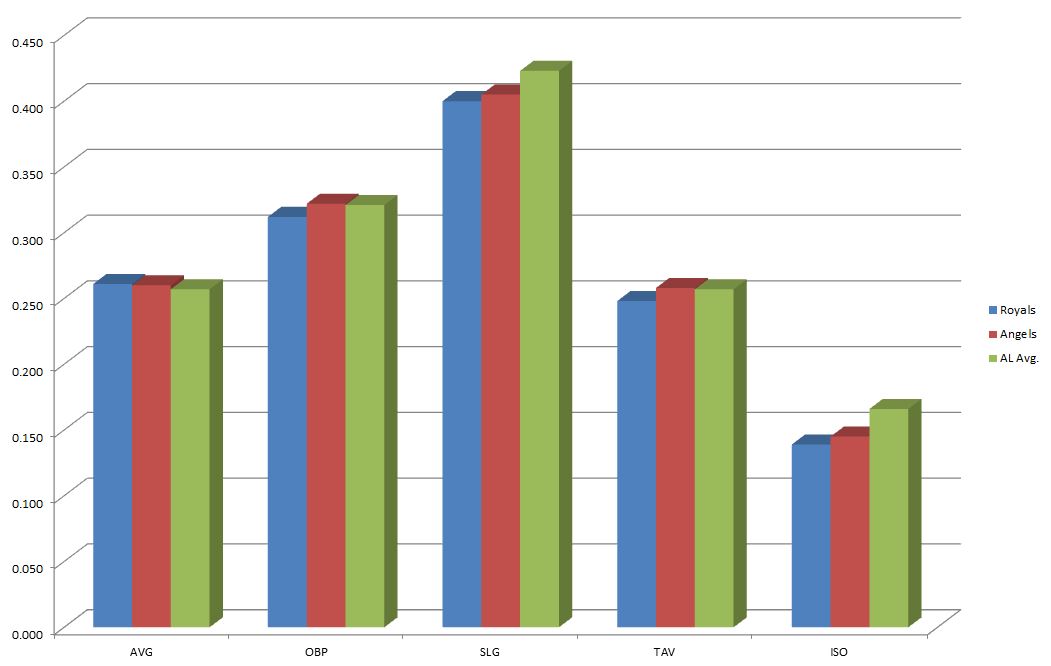 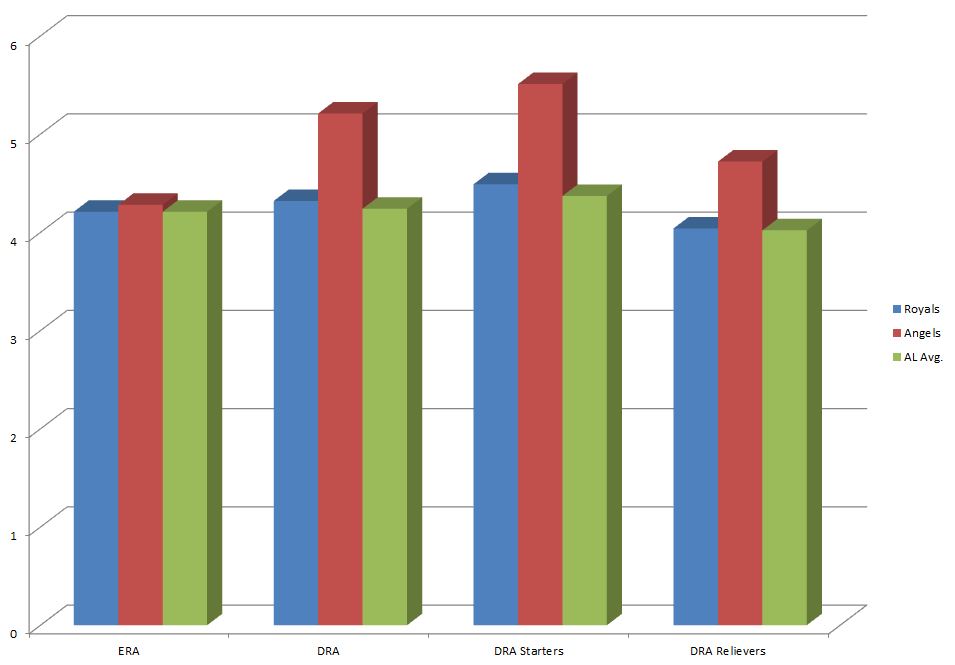 Ramirez hasn’t started a game since he was in Double-A in 2011, so this should be an interesting outing for him. He’s been a sinker/slider guy in the bullpen who also has a curve that he added this year in anticipation of maybe getting a shot to start. The sinker is a very hard one that comes in around 94-97 MPH while his slider is a hard one as well. He’s gotten a lot of grounders in his relief appearances this year and got a lot last season between the Reds and Angels, so that’s clearly his game. His control hasn’t been wonderful in the bullpen, so it doesn’t figure to perk up in the rotation. With that in mind, first pitch swinging isn’t a great idea because you want to work the count against him to get into the bullpen in the first game of a series relatively quickly. Plus, opponents only had a .761 OPS on the first pitch last season against him. It’s worth noting that the most pitches he’s ever thrown in a big league game is 43 and that came in 2013, so it could be a short start in this one for the righty.

Duffy has been very good in his first two starts, and while the strikeouts didn’t pile up last weekend in Houston, he got plenty of swings and misses with 16 on 87 pitches. I personally thought he was a little sharper on Opening Day in Minnesota, but he thinks differently, so maybe I’ll defer to him on this one. The Angels have adopted the Royals approach of being contact-driven, so this might be a little tougher outing for Duffy given his new-ish propensity for being around the strike zone. His changeup, as will often be the case, is the key with right-handed power up and down the Angels lineup.

This seems weird to say given that he went 16-4 with a 3.04 ERA in 2014, but Shoemaker really broke out last season in 27 starts. He made some changes following a rough outing against the Dodgers and went on a crazy run of pitching where he struck out 121 and walked 17 in his final 130.1 innings. He slowed down a bit toward the end of his year and missed the last month with a skull fracture after being hit in the head with a line drive. He’s really embraced the splitter, throwing it at about 85 and more than any of his other pitches. But he does have a four seam fastball, a sinker and a slider. so far this year, he’s given up the majority of his extra base hits on the splitter, but last year, he only allowed a .183 average and .276 slugging percentage against it. He doesn’t have a huge issue with a third time through the order, but I wonder if he waits to unleash other pitches a little too long because he tends to struggle a bit in the middle of games before turning it back on later. That’s something to watch against him.

Karns was brutally bad in relief during that opening series, but he had a nice outing against the Astros in Houston, going 5.2 innings and giving up just one run. He didn’t get as many swings and misses as I expected in that game, though, and he only notched three strikeouts because of it. This is a similar Angels teams to recent seasons and he hasn’t had a ton of success against them, but hopefully he can keep them in check and look more like the pitcher we saw in Surprise than the guy we saw in Minnesota and to some extent in Houston.

Skaggs is a guy who made his return to the big leagues following Tommy John surgery in Kansas City against a struggling Royals offense. Sound familiar? He went seven shutout innings and gave up just three hits and walked one while striking out five. Things didn’t go quite as well for him after that, but he did end his year with four straight starts allowing three runs or fewer. Of course, one only lasted 1.2 innings in which he threw 45 pitches. He throws a fastball, changeup and curve and it’s worth noting that his fastball velocity is pretty significantly down this year in the very early going. With that, it’s gotten hit hard to the tune of a .381 average and .714 slugging percentage. The curve has been the money pitch for him so far, but again, it’s very early. I don’t expect a ton of innings out of him, which could be a good thing if the Royals got Ramirez out in the series opener. That bullpen could be shot. Skaggs does seem to wear down as the game progresses with a 5.40 ERA in the fourth and a 7.71 ERA in the fifth last season.

Kennedy was a little shaky in Minnesota but had a very good start against the A’s in the home opener. Unfortunately, the Royals offense was in a slumber, so the two runs he allowed in six innings gave him a loss, but I’d take that every time out. What was encouraging was that his command was much better in the last outing, which is what limited him to just five innings in his first start of the year. He did face the Angels twice last year and struggled both times, so hopefully he can get that right.

At some point, the dam has to break and the offense has to get going. You’d think anyway. Getting to face a reliever in a start could help the Royals empty out the Angels bullpen early, which could lead to big things, but it’s just hard to say at this point. I also think they struggle with Skaggs as they have in the past. I really want to say the Royals win two of three, but until they actually find their path this season, it’s going to be very difficult for me to predict a series win against basically anyone. They’ll get on track at some point, but I’m going to say they win one of three and hope this is the series they do get going and I’m off by about two wins.

Tags: Danny Duffy, Ian Kennedy, Nathan Karns |
David Lesky
Follow @dblesky
I've been a Royals fan since the day I was born, and have had the opportunity to write about the Royals for nearly a decade now. The winning was better than the losing, but the losing is kind of familiar at least.
read more from David Lesky