The Seattle Mariners have scored 403 runs and allowed 403 runs this year. There’s something pretty amazing about that actually. If MLB awarded half wins, they’d likely be 41.5-41.5 instead of being a game under .500. They hit pretty well with a deep lineup that mixes some pop with some speed. The good news for the Royals is that Nelson Cruz missed Sunday’s game and is day-to-day with a knee injury, so maybe they’ll avoid him. Their rotation has been just destroyed by injuries. When Ariel Miranda leads you in innings pitched, there’s an issue, and that’s not to put down Miranda. It’s just he’s not what you’d hope for if you had to choose one guy to take the ball every fifth day. James Paxton has been their best starter this season, but the Royals avoid him, which is another piece of good news. 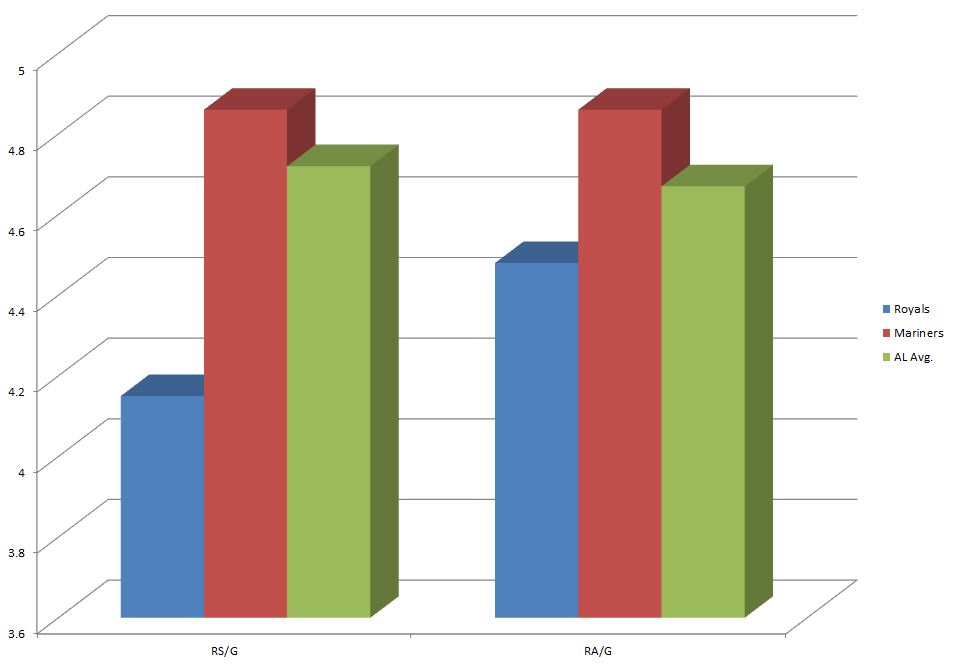 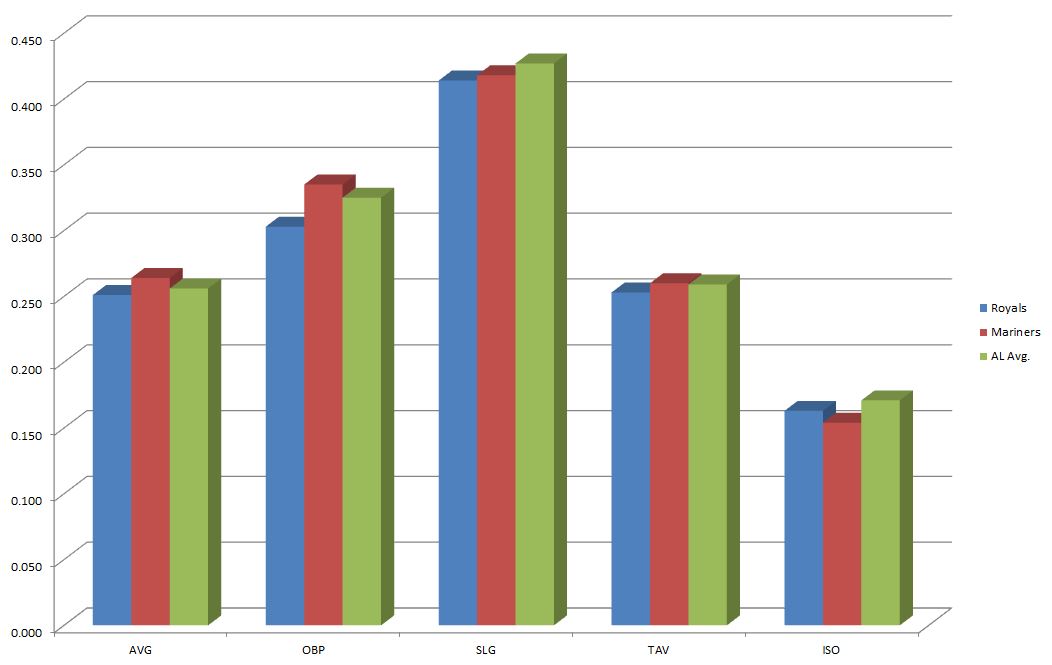 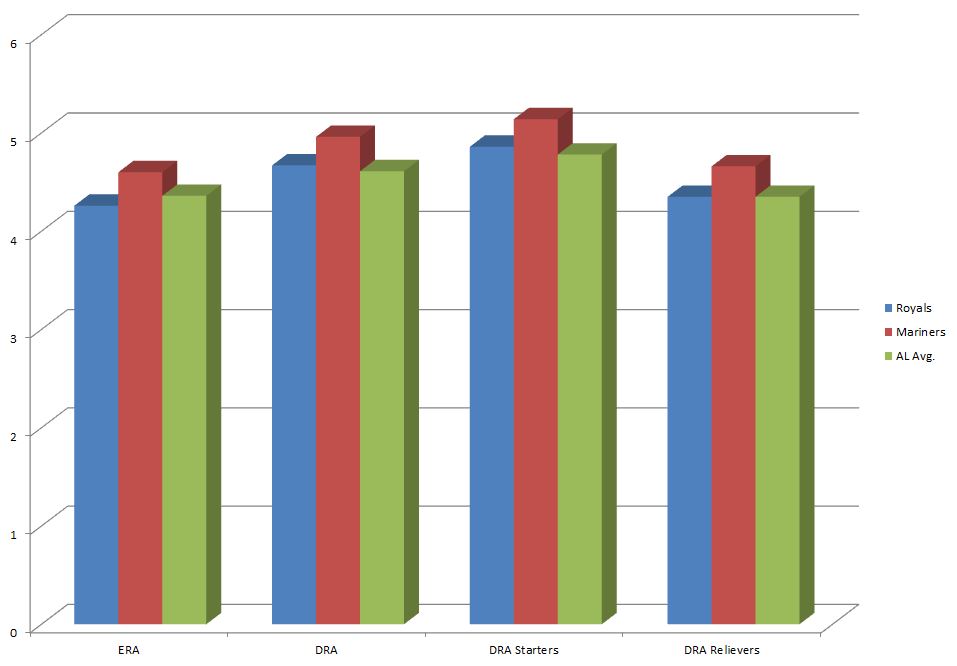 Moore ranked as the Mariners number five prospect prior to the season by the Baseball Prospectus prospect staff. All he’s done since then is post a 3.06 ERA with a great strikeout to walk ratio in Triple-A and a 2.08 ERA with a slightly less great but still good ratio in Double-A. He’s made one big league start, giving the Mariners seven innings against the Tigers, giving up just three runs on six hits with no walks.

That’s what it’s all about for Moore. If he’s throwing strikes, he’s probably going to find some success. It’s not that he doesn’t have good enough stuff to succeed, but nothing really jumps out at you. He has a quick delivery that he repeats extremely well and can be tough to time at the plate. His fastball is decent, and he throws it a lot at around 92 mph with the ability to get a little more. He also has a changeup, slider and curve with the slider probably more of a show pitch than the others. The problem is that he doesn’t really have an out pitch. Of course, we’ve seen the Royals struggle mightily against a guy like him with the Indians, Josh Tomlin, so I worry that this will be another one of those situations for the hot Royals offense.

Look, I get why people are concerned about Kennedy and his contract. I’m concerned too, but I also see Kennedy as a perfectly fine pitcher to have in the rotation at this time. He was a disaster after coming back from the disabled list, which kind of makes sense. He had a hamstring injury and didn’t take a rehab start. After suffering a hamstring injury in 2015, he posted a 6.80 ERA in his first nine starts and 47.2 innings back. In his first five starts and 21 innings back in 2017, he posted a 9.43 ERA, but he has a 2.55 ERA in three starts since. Maybe more importantly, he’s allowed just 10 hits in 17.2 innings. So yeah, he gives up home runs, but he also doesn’t have a ton of base runners, so that’s something too. If only there was an ERA indicator stat that included more than just four possible outcomes. Oh wait, there is. Friends don’t let friends rely on FIP.

King Felix will be making only his eighth start of the season after being limited to 25 starts last year. Once one of the best baseball had to offer, it seems like Hernandez has entered the next phase of his career, which is as a middle of the rotation starter. But at least he has a chance to be a good one. Of course, it’ll take better than the 52 hits he’s allowed in 38.2 innings this season.

He doesn’t throw that hard anymore, averaging about 91-92 mph on both his four-seam fastball and his two-seamer, and that’s made them much easier to hit. On the four-seamer, he’s allowed a .410 average with a .692 slugging percentage. On the two-seamer, he’s allowed a .344 average and .656 slugging percentage. That bodes well for the Royals, who have more than a couple guys who can handle a mediocre fastball. His changeup is still outstanding, but his curve has been hit hard as well. It’s hard to say that a game against Hernandez seems winnable, but this one does. The most striking split Hernandez has shown this year is that he’s allowed a .474/.556/.921 line when he’s behind in the count. That’s insane.

Royals fans have been waiting for this start for about five weeks. Danny Duffy makes his return a little sooner than expected, but now that he’s at his 85-90 pitch count portion of his rehab, they may as well get those innings for the big club. Duffy’s strikeouts are down this year and his walks are up, but he’s getting plenty of swings and misses still and seemed to be rounding into form with a great three-start stretch before the rough start he had against the Indians when he injured himself.

Miranda was a 27-year old rookie last season and made 10 starts out of his 12 appearances, posting a 3.88 ERA with 6.8 strikeouts per nine and 2.8 walks per nine. He’s built on that nicely this season, continuing to limit hits, though with a few more walks. Realistically, he’s probably due for a regression, but he’s really held down the fort while the Mariners have been working to get some starters healthy. What’s crazy is his big league numbers pretty much match his minor league numbers which pretty much match his Cuban numbers.

Miranda has a different repertoire than you see a lot. He throws a ton of fastballs, so that’s not that odd, but then he goes with a changeup and a splitter. The changeup has been hit hard, but the splitter has been the good stuff with a .182 average and .273 slugging percentage allowed in 99 at bats. This is where Mike Moustakas can shine. He’s hit .364 with a .727 slugging percentage against splitters this season. He’s only seen two from lefties, but I have faith that he can do some damage against Miranda. While the numbers aren’t necessarily bad at any junction, the time to get Miranda is early in the game. If he gets deep, he’s allowed a .173/.287/.235 line the third time through the order. He’s allowed 10 home runs the first time through and seven the second time.

Vargas gets to face one of his former teams as he continues his now All-Star season. While wins are a terrible stat for evaluating pitchers, it’s still pretty cool to see him with so many. Where would the Royals be without him? It’s scary to think about. Vargas walked a season-high four batters in his last start, which was due in art to the fact that the Twins just don’t swing. The Mariners are similar, swinging at the fifth lowest percentage of pitches of any team. He might walk a few, but if the changeup is working, I’m not about to bet against him.

The Mariners are one of those weird teams that seems like they could go on a 17-5 stretch at any time or a 5-17 stretch. I like the way the Royals are playing right now, going 19-10 since June 1 and 34-24 since May 1. The offense is clicking and the Royals have the right pitchers going in this series if they’re going to do some damage. I think they take two of three.