After a sweep of the Mariners, the Royals are now 10-2 on the West Coast this season, but that’ll be put to the test as they head to Los Angeles to face the Dodgers. By record, the Astros are better, but I’d put my money on the Dodgers as the best team in baseball with that offense, starting pitching and bullpen. They’re not perfect, but no team is, but with the power of Cody Bellinger now firmly entrenched in the lineup to go along with Justin Turner, Corey Seager and others, they’re very tough to beat. Oh yeah, and they have that Kershaw guy. I hear he’s good. 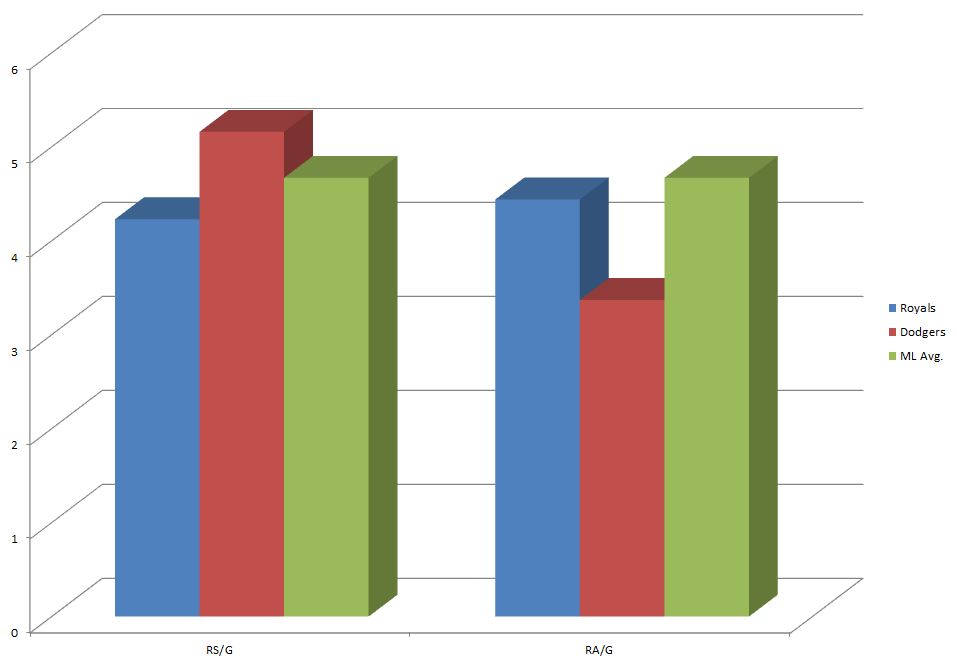 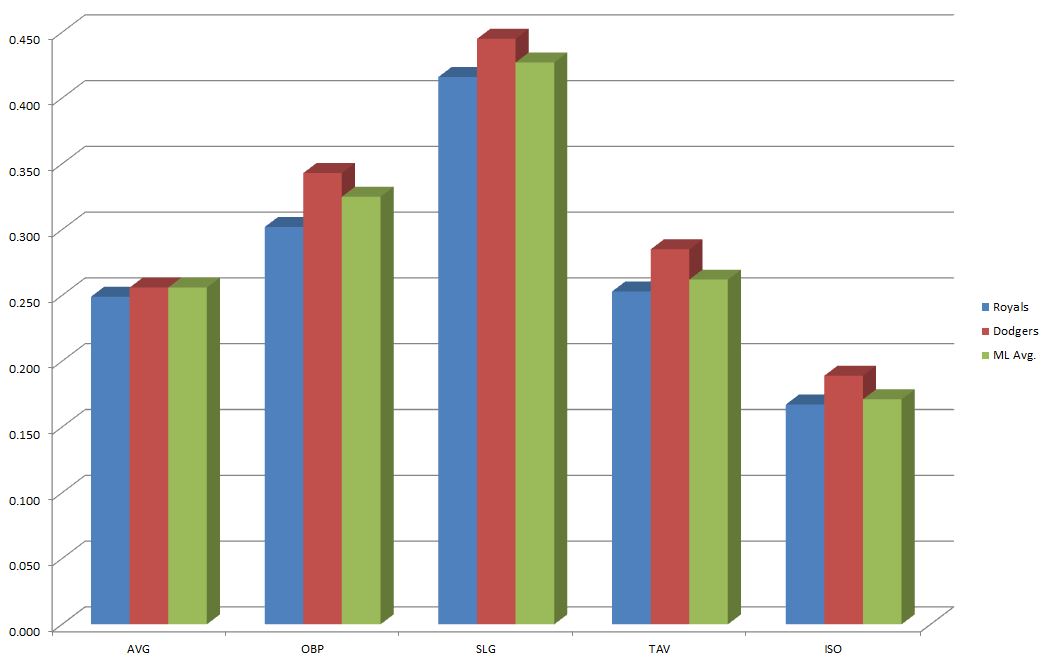 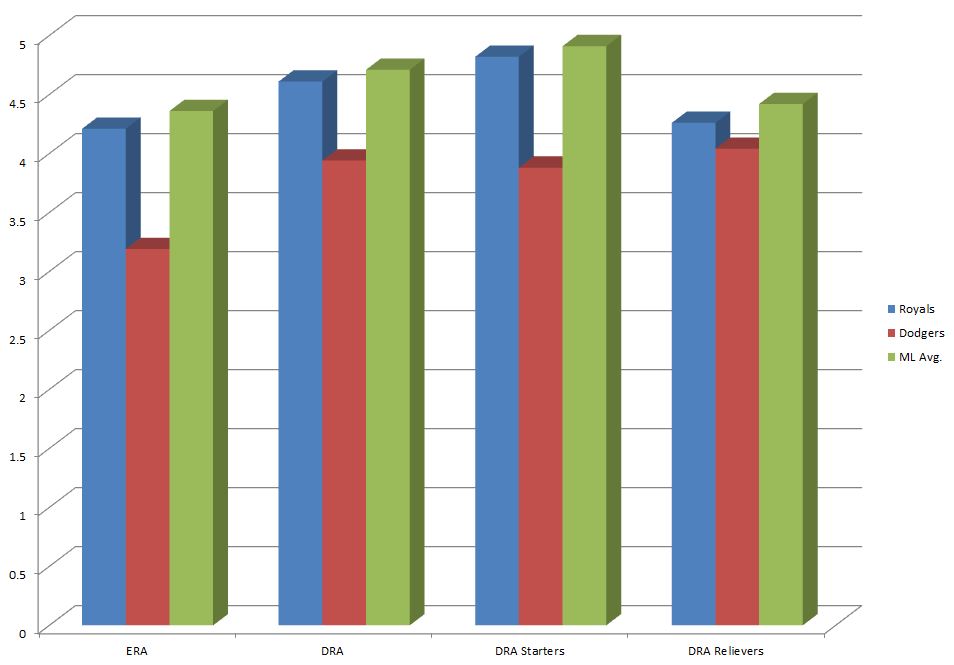 It doesn’t matter for this game, but Maeda has an interesting contract given some of the health concerns when the Dodgers signed him before last season. He earns $3 million annually through 2023 but can pick up an additional $10 million in bonuses every season. You don’t see that kind of discrepancy that often. If you were wondering, he earned $8.25 million of those bonuses last season. He likely won’t earn as much this year.

The key to Maeda is variety. He throws a lot of different pitches. He works off his four-seam fastball and his cutter, but also has a slider, curve, changeup, and a two-seamer that he uses as a show pitch. With a year and a half of big league data, it’s fair to conclude that his curve is the pitch that has been crushed the most with a .368 average and .842 slugging percentage against it this year after allowing a .398 average and .663 slugging percentage last year. Eric Hosmer has fared well against curves, hitting .289 with a .467 slugging percentage this year, but watch out for Salvador Perez and Jorge Bonifacio who both have .500+ slugging percentages against that pitch. When hitters get to Maeda, they get to him early. He’s allowed a 1.051 OPS in the first inning and .801 OPS the first time through the order. If he gets deep into the game, he’s big trouble for opponents.

Hammel faltered for the first time in more than a month his last time out, giving up seven runs on nine hits in 5.1 innings against the Twins in the second game of the double header. The Dodgers are patient and have a lot of power, which could be trouble for Hammel, so I don’t get a great feeling about this one. I also think we might see Chase Utley in the series opener as he has a .500/.625/.917 line against Hammel in his career, including postseason.

I think McCarthy is fascinating. He’s always flashed the ability to be an excellent starting pitcher, and while injuries have kept him down, it hasn’t always been the injuries. For a guy who can appear unhittable at times, he can be awfully hittable. He’s had two seasons allowing 10 or more hits per nine innings. This year has been good McCarthy, though. He’s striking out enough, walking few enough and limiting hits well enough. And gosh darn it, people like him.

McCarthy relies on a lot of hard stuff and a curve that can make or break him in any given outing. He throws his two-seamer and four-seamer at 93-94 mph and his cutter at about 91-92. He flashes a changeup, but it’s really the other four pitches that are his bread and butter if you can say four different pitches are a bread and butter. He’s allowed just four homers this year and while two are on the curve, he’s also only allowed a .239 average on it. I imagine the Royals will get a steady dose of them given some of their troubles with the curve in recent weeks. Just please don’t watch that movie.

Kennedy has been much better in his last few starts since coming off the disabled list and had maybe his second best start of the year in his last outing against Seattle. He went 6.2 innings and gave up just one run on four hits while striking out seven and walking two. And he didn’t allow a homer for the first time since April 16th. Kennedy’s 59 hits allowed in 81 innings is pretty impressive. He’ll need to flash more of that to win against a tough offense.

Does it really matter what Kershaw throws? He’s going to shut down his opponents way more often than not. He has a 93 mph fastball, a ridiculous curve and an even more ridiculous slider. He has allowed 11 homers on his fastball this year with a .451 slugging percentage against it, so I guess if you want to dream a little, that’s how he can be beaten. Strangely, lefties have hit .245/.268/.479 against him while righties have hit just .184/.225/.316, so there’s that, too. I guess if you’re looking for something else, he allows a .257/.383/.562 line when he’s behind in the count, but he’s not behind in the count too often. I’m just prepared to enjoy the greatness.

Once Duffy settled in against the Mariners, his first start back went pretty darn well. He had 11 swinging strikes and got all the way up to 86 pitches which means he’s should be close to all systems go for this start against the Dodgers. It’s a tough assignment against Kershaw, but hopefully he can match zeroes with him. He’ll be pitching close to home, so I imagine there’ll be a Duffy contingency there to cheer him on.

The Dodgers are really good. The Royals are playing incredibly well. This has the makings of a good series, especially with the Royals running out two of their three best starters leading into the break. I think the Dodgers offense is just too much, though, and the Royals are able to salvage just a game of the series before they get four days off to gear up for the second half.