The suddenly red-hot Royals travel to Detroit to take on the Tigers, who were on the receiving end of the Royals biggest beatdown of the season in Kansas City last week. Having just faced the Tigers for four games, the two teams are potentially more familiar with each other than they are usually, which should make for an interesting series. Of course, as we saw J.D. Martinez dealt during the last series between the two teams, there’s every chance in the world that the Tigers make more moves during this next series to look different by the time the Royals leave town. 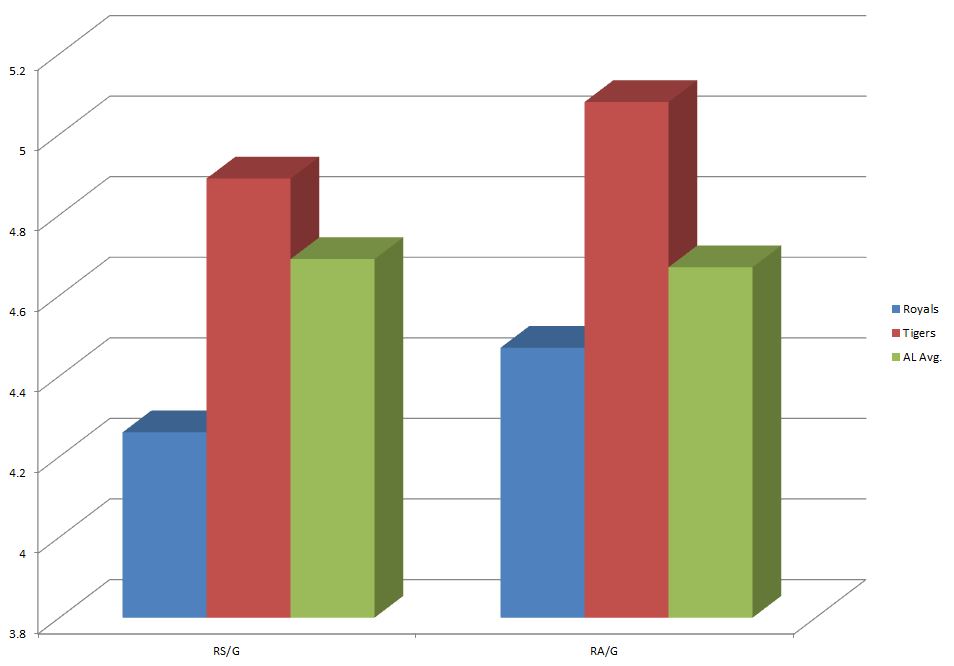 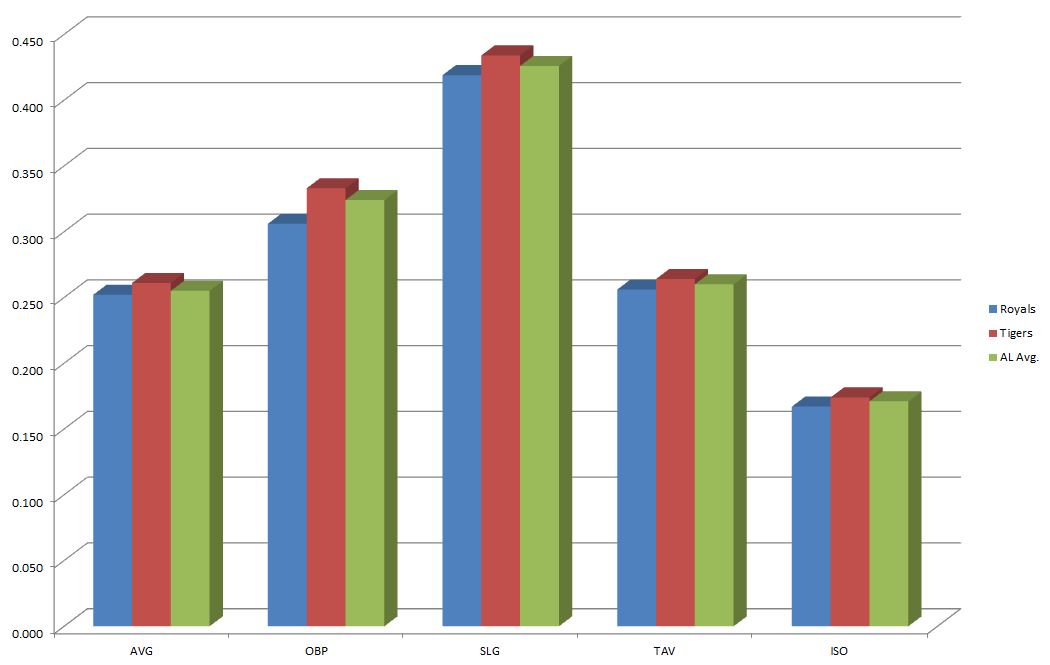 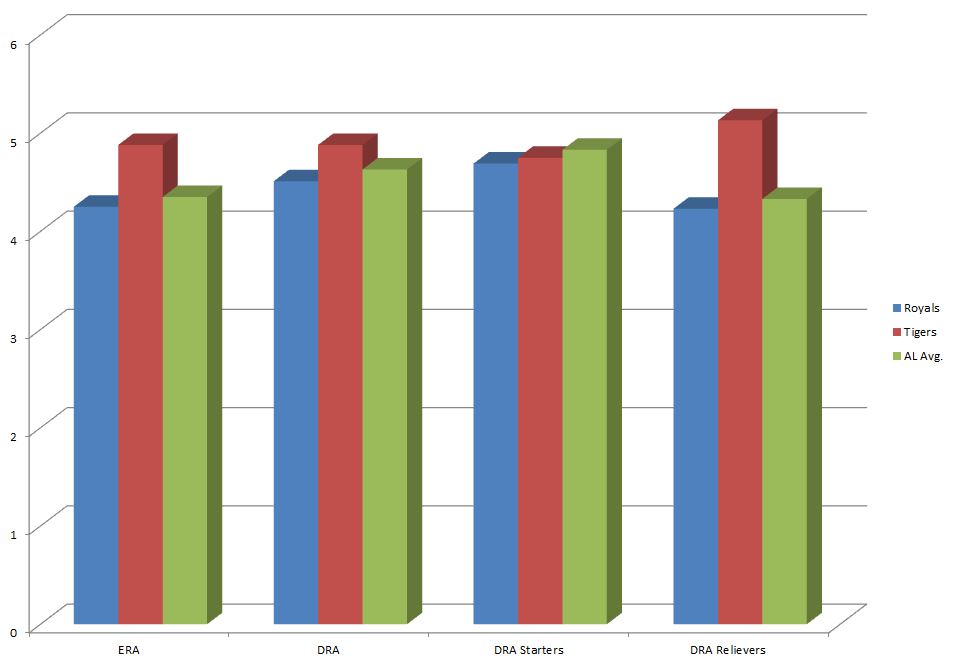 Verlander has walked less than two batters in six starts this season. Three of them are against the Royals. In Wednesday night’s game, he was very good, going seven innings and allowing just two runs on six hits with eight strikeouts and one walk. He tied his season-high with 16 swings and misses and had his fourth highest game score of his season. Brandon Moss had a big game against Verlander with two hits, including a home run while Salvador Perez and Mike Moustakas teamed up to plate the other run against him with a triple for Perez and a single for Moustakas. As strange as this is to say less than a week later, I feel like Verlander is facing a different Royals offense with the way Jorge Bonifacio and Whit Merrifield are hitting, so they might be able to build on the very small success they had in Kansas City.

Hammel was good, not great in his start on Wednesday. One run on four hits in 6.1 innings with just one walk is excellent, but two strikeouts and just eight swinging strikes is a recipe for a tough to repeat performance. In general. I think I’d count on more runs being scored in this one, but I don’t think Kelvin Herrera is still sick, so that’ll be another difference.

This was a pretty highly anticipated pitching matchup that turned ugly very quickly. Fulmer was originally the victim of one of the worst defensive innings you’ll see in the big leagues, but then he did himself no favors. The end result was the worst start of his young career. He went 2.2 innings and gave up eight runs on seven hits with just one walk and two strikeouts. Sure, three of the runs were unearned, but that was a bad performance for the ages. Encouraging signs from Thursday’s game include Brandon Moss continuing to hit against Fulmer and Alex Gordon making nice contact against him as well. Eric Hosmer also chipped in a homer against him. I do believe the heat played a big role in his struggles, and it’s not going to be nearly that hot in Detroit for this one, so the Royals will have to beat him without that help. Lefty bats have an OPS 50 points higher than righties do against him, so the hot Royals lefties have at least a shot to stay hot against the best Tigers starter.

Duffy was excellent in his first few innings of his start against the Tigers on Thursday before wearing down in the middle innings. His velocity dipped and his command slipped. I’m pretty comfortable assuming that was the heat, but the Tigers handle lefties very well, and seeing one twice in a week could be trouble for Duffy. It helps that J.D. Martinez isn’t around to haunt him, but hopefully Duffy can be as good in this one as he was early in last week’s matchup.

Sanchez was really good in the first year of his five-year deal with the Tigers. So there’s that. Since then, he had one solid season that was cut short by injuries and then three seasons of struggles. This year, he started in the bullpen before heading back to the minors to stretch back out and rejoin the rotation. The result in this time as a starter has actually been okay. In six starts, he’s gone 35 innings, given up 31 hits and struck out 30 while walking seven with a 4.11 ERA. I’m honestly not sure how he’s getting those strikeouts, though, with a swinging strike rate of just eight percent.

Sanchez doesn’t have the stuff anymore really. He throws 91 or so with his fastball and sinker and goes with a changeup as his off-speed pitch. He also has a slider, curve and cutter. The only pitch that has worked for him this season is that changeup with a .186 average against it and .390 SLG. His four-seam fastball hasn’t been crushed necessarily, but hitters haven’t struggled against it either. Everything else has been crushed. That should bode well for Eric Hosmer, who has done well on basically all pitches Sanchez throws. Whit Merrifield should fare well as well. In 42 career plate appearances against Sanchez, Hosmer has hit .316/.381/.500 against Sanchez. The big key for Sanchez is the first pitch strike. When he’s behind in the count, opponents hit .342/.462/.816, but when he’s ahead, they hit just .253/.269/.360. Take that first pitch for a ball and it’s open season.

Kennedy got hit hard by the White Sox for a second time this season, but he’s overall still been quite good over the last month plus. He’ll need a bounce back in this one to avoid this becoming an offensive showcase. Kennedy did go seven innings and gave up two runs on five hits in Detroit at the end of June, so there’s some recent success, but the Tigers, even without the better version of Martinez, can still hit, so we’ll see how this one goes.

The Royals are playing better now, which is nice to see, but the Tigers just aren’t a great matchup for them. Part of it is that Ian Kinsler would likely hit .350 against them when he’s 75-years old. The walkoff win against them on Wednesday night and the bludgeoning on Thursday may change some momentum in the matchup, but I think this will be a very difficult series. I still believe the Royals take two of three, but there will be plenty of moments of frustration while watching.