After losing two of three over the weekend, the Colorado Rockies come to town. They’re currently holding on to the top spot in the Wild Card standings in the National League and have been one of the top NL teams really since the start of the season. They’re a ridiculous amount of games out of first because the Dodgers are insane, but the Rockies have been very good this season. They can hit, they can field and they can pitch a little at times, but the Coors Field effect is still very real. They hit .300/.362/.508 at home and just .250/.312/.382 on the road. Thankfully this series will be played away from Coors Field, which is also nice because we’ll get to see Greg Holland make his return to KC. Of course, if he’s pitching, it’s probably because the Rockies are winning late, so there’ll be mixed feelings there. 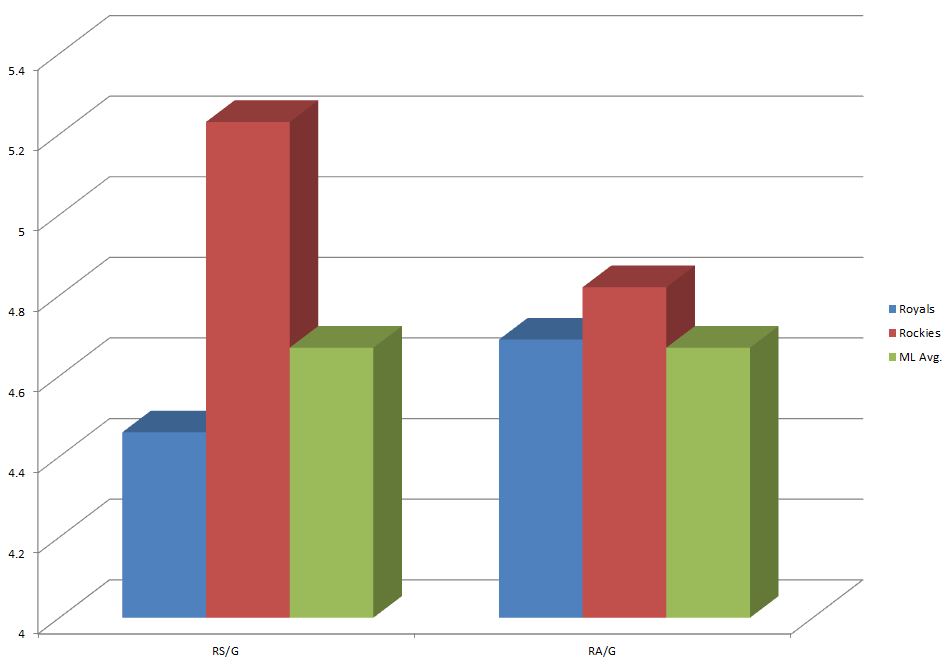 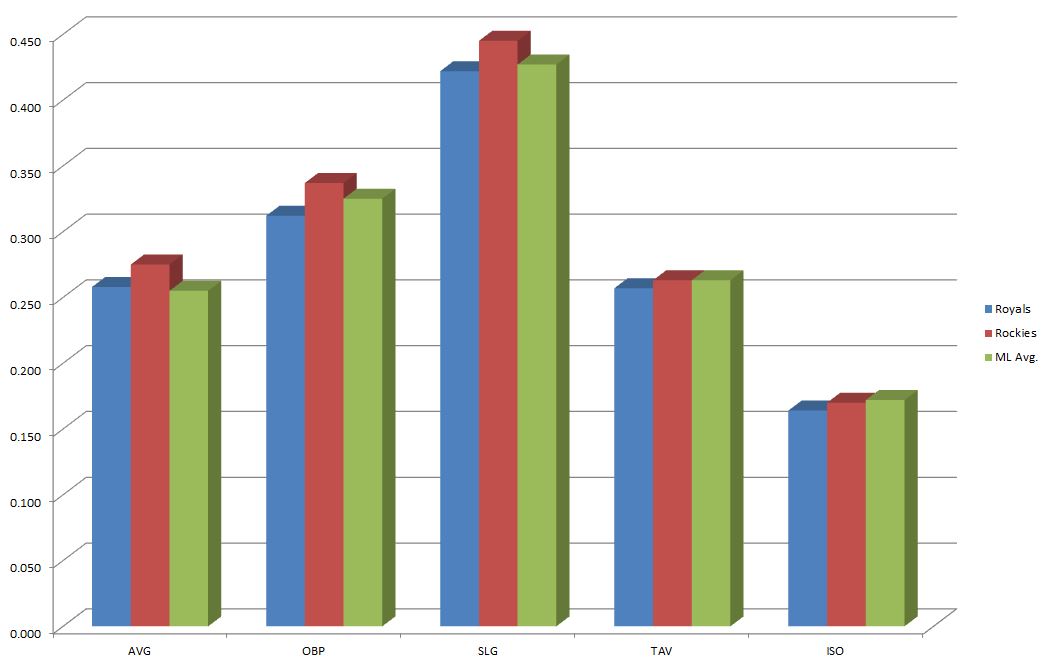 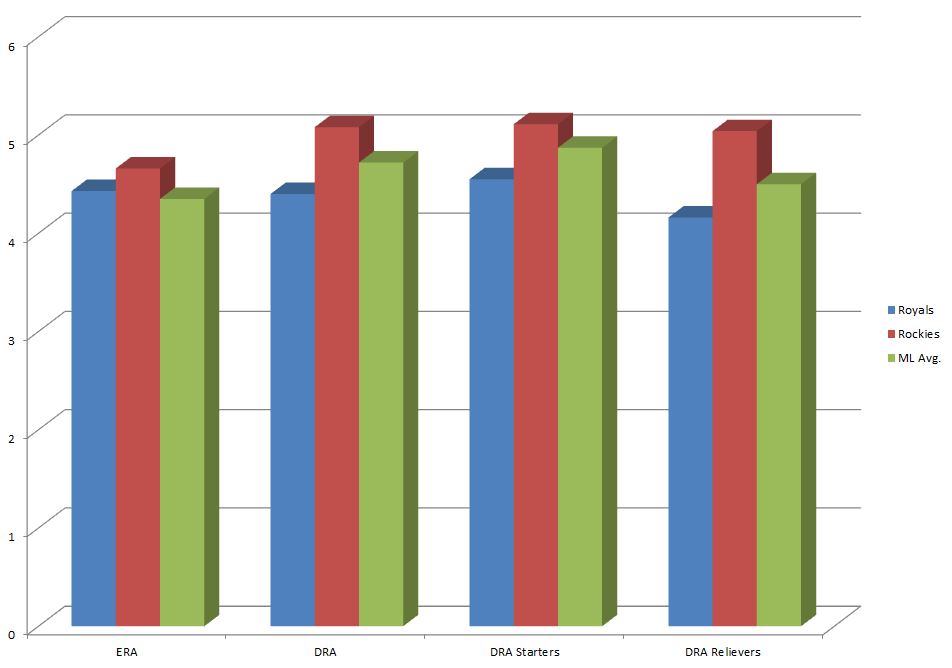 As with all Rockies pitchers, the stats don’t tell the whole story, and Gray really burst onto the scene last year, showing an ability to get the strikeout while limiting hits and walks enough to be able to get the job done in Coors. This year, he spent a couple months on the disabled list after suffering a stress fracture early in the season, but has come back recently and been very good in his last five starts, going 2-1 with a 3.23 ERA in 30.2 innings.

Gray has a pretty basic repertoire with a very good four-seam fastball that averages better than 96 miles per hour. He’s seen his ground ball rate jump above 50 percent this season because of that pitch. He also has a slider that he unleashes more on righties than lefties and a curve he uses more on lefties than righties. This season, the fastball has been where he’s gotten in trouble, allowing a .345 average and .545 slugging percentage on it in 145 at bats.  Gray has shown a pretty big gap in his splits, allowing a .320/.371/.497 line to lefties and .255/.306/.371 to righties. That means that Mike Moustakas is the guy to watch. Against ground ball pitchers, he’s hit .370/.395/.712 and against fastballs from righties at 95 and higher, he’s hit .368 with a .579 slugging percentage. Watch out in this one, Balboni.

Duffy had a very good July, posting a 3.20 ERA in 39.1 innings over six starts. That has not translated into August. He’s pitched more than six innings in just one of his three starts and he’s given up at least four runs in all three. The good news is that he’s getting a good number of strikeouts with 24 in his 17 August innings. The Rockies have really clubbed lefties this season, and they’ve handled changeups from lefties quite well, so Duffy will have to work off his fastball in this one, which will be no easy task against this lineup.

I don’t remember who wrote it or what it said, but there was an article earlier this season comparing Senzatela to Clayton Kershaw. That’s stupid. He’s shown flashes in his rookie season, but ultimately a five start stretch between May and June has made him a swing man, which is where he should be. He won’t strike out many and will walk probably a few too many, but he’s certainly capable of throwing a gem from time to time.

Like Gray, Senzatela gets a decent number of ground balls with his fastball, which comes in at around 95 mph. He throws it a lot. Like three-fourths of the time, so hitters better be on the lookout. He mixes in a slider as his secondary pitch and throws the very occasional changeup. With this in mind, and Senzatela’s profile, Moustakas should have a shot to break the team home run record in this one if he takes care of business in the first game of the series. There’s a couple things to watch for from Senzatela. The first is that with nobody on, he’s a much better pitcher, allowing a .229/.307/.399 line. With runners on base, that jumps to .267/.314/.483. Find a way on and you can get to him. The second is that he’s really vulnerable early, with a .291/.356/.482 line allowed the first time through the order. He settles in after that before falling back to struggling after the second time, but the first few innings of this game will be critical.

Kennedy just can’t seem to get things going. After a really nice stretch from mid-June to late July, he’s struggled mightily and has seen his ERA creep back over the 5.00 mark. Last time out, he lasted just 2.2 innings, and will have to be better in this one for the Royals. In 23 starts, he’s allowed two or fewer runs nine times. That’s good. He’s allowed four or more 11 times. That’s bad. Which Kennedy is going to show up? Your guess is as good as mine, but if he can keep his fastball up in the zone where he’s often at his best, the Rockies tend to struggle a bit, so he might be able to find success.

Yes, this is another young starting pitcher for the Rockies. And like young pitchers, he can be tantalizingly good one day and pull-your-hair-out bad the next. His last two starts have been forgettable and marred by the home run ball with nine runs on 14 hits allowed over 10 innings with four homers. But before that, he’d allowed 11 home runs in 109 innings, with a 3.88 ERA. While he’s not even close to his innings count of last year, it’s possible he’s starting to tire as the season goes on. Last season, after moving from AA to AAA and then the majors, he posted a 4.70 ERA in 41.2 innings, so maybe that bodes well for the Royals.

Marquez relies heavily on a 94-96 mph fastball to go along with a curve that doesn’t have quite as much break as you’d usually expect, which is probably better for Coors Field than a big breaker. He throws the occasional sinker, change and cutter, but it’s mostly fastball-curveball for him. With that in mind, this is a game Jorge Bonifacio absolutely has to start. He’s hit .429 with a 1.095 slugging percentage against curves from right-handed pitching this season. Yes, the sample is small, but that’s too good to pass up, especially when you consider Alex Gordon has just two singles in 24 at bats on curves from righties this season. Unlike Senzatela, Marquez excels early, allowing a .195/.255/.305 average the first time through the order. That jumps to .294/.366/.515 the second time and .287/.346/.522 the third time through. If they can get his pitch count up early, they should be able to hit him in the middle innings.

Junis will get the nod in this one. His last two starts have been excellent, spanning 14 innings with just three runs allowed on eight hits with zero walks. His last appearance, however, was less than excellent. He gave up four runs on five hits in 2.1 innings to the Indians and allowed his first home run since giving up three against Detroit in late June. If he can get his slider working, I think he can get this Rockies lineup to swing and miss. If not, it might be bombs away.

Tags: Danny Duffy, Ian Kennedy, Jake Junis |
David Lesky
Follow @dblesky
I've been a Royals fan since the day I was born, and have had the opportunity to write about the Royals for nearly a decade now. The winning was better than the losing, but the losing is kind of familiar at least.
read more from David Lesky