The Royals get to play one of the hottest teams in baseball history this weekend, the Cleveland Indians. The good news is that it sure seems unlikely they’ll keep winning forever, but the bad news is that I can’t prove they will lose again. As a four-game set, if they can’t halt the Indians momentum, the playoff hopes will be all but dead with 13 games left to play at its conclusion. Having to at least split with a team that hasn’t lost in nearly a month is a tall task. We all know what the Indians do well, and it’s basically everything with their offense coming in over the past few weeks. This is just an incredibly difficult task for the Royals, especially in their current state of health.

All advanced stats are through action on Tuesday. 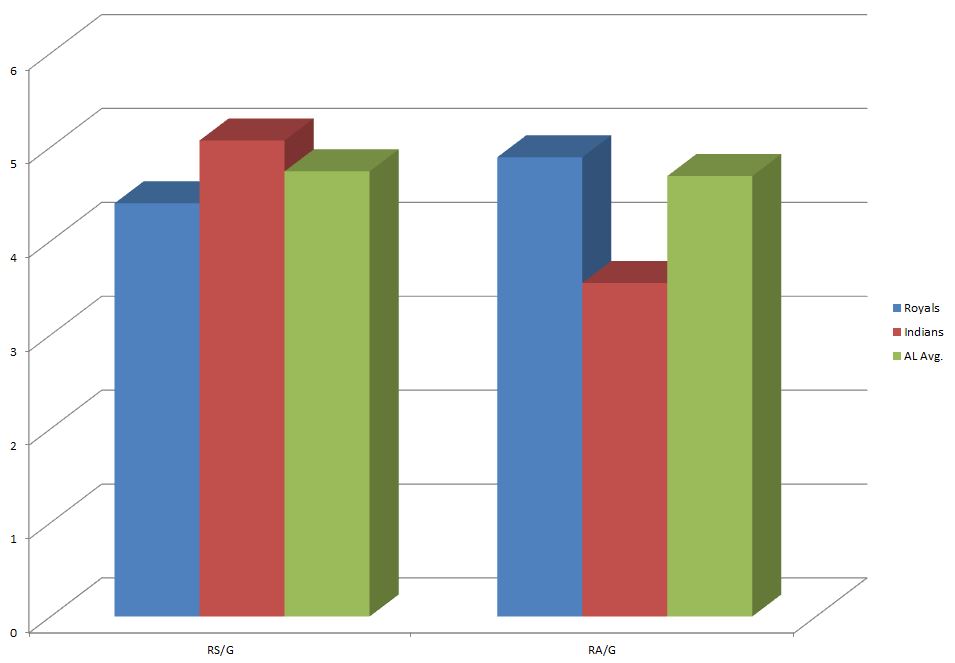 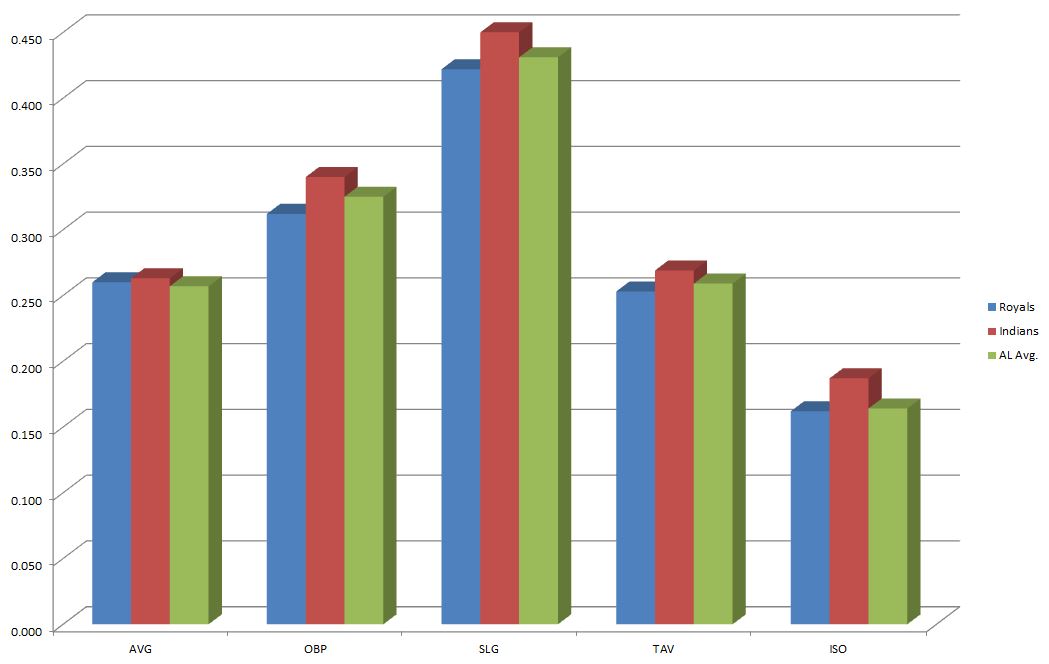 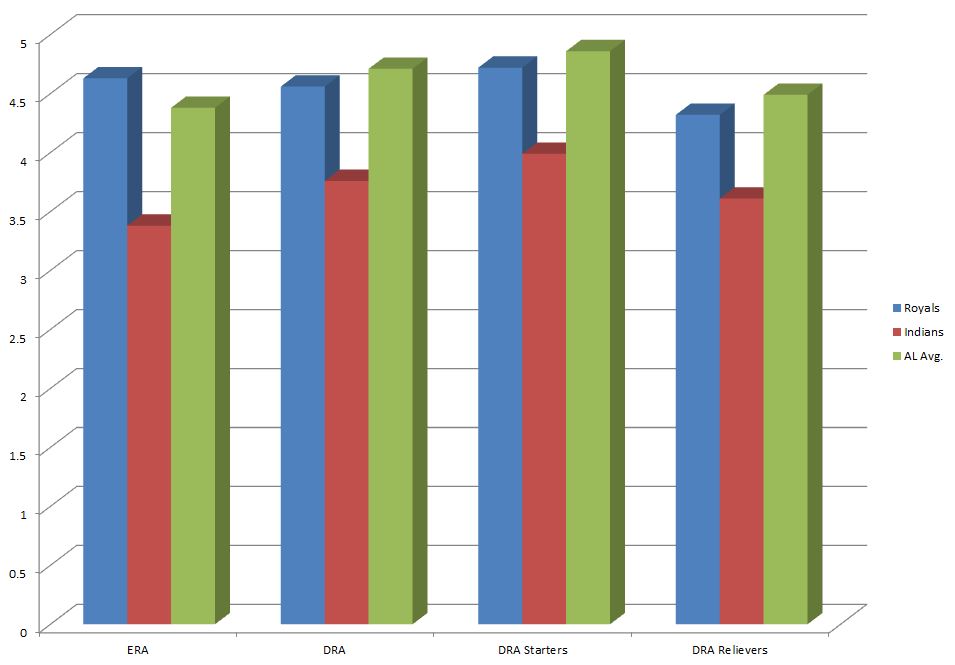 Josh Tomlin is probably the worst Indians starter, but he’s strangely the one I fear the most for the Royals, given their history. You may recall the performances he’s had against the Royals, including a complete game win in late May. A pitcher without the ability to dominate has dominated the Royals. He basically missed August with an injury, but since his return, he’s been typical Tomlin, not walking anyone and not striking many out either.

He relies on his cutter quite a bit. It’s not a hard pitch at 85-86 mph, but it’s a pitch that can be very difficult to square up when he’s good. He also has a four-seam fastball, a sinker and a curve to go along with a changeup he uses very occasionally. When he’s gotten in trouble, it’s really been with the sinker, allowing a .362 average and .575 slugging percentage on it. He’s been good the first time through a lineup, holding opponents to a .258/.283/.405 line, but then it all blows up the second time through. It seems the Royals haven’t been able to take advantage of that this year, but his .873 OPS allowed the second time through the order and his .856 OPS the third time through means he can be beaten. Salvador Perez and Mike Moustakas have had the most success against Tomlin with a 1.237 and 1.048 OPS against him respectively. Moose even has three home runs in his career against Tomlin, so if you want to dream about number 37, this is your chance.

Junis hadn’t allowed a home run in his return to the rotation until his last start, when he gave up two to the Twins. He still only walked one and has now only issued three free passes since coming back in early August in that double header. That’s the good news. The bad news is the only bad performance he’s had was against Cleveland in a relief appearance when he allowed four runs on five hits in 2.1 innings. He’ll need to continue to be the Royals best starter, which is a weird sentence, but it’s the new reality.

Trevor Bauer is good. He’s probably not as good as you’d think if you catch him on one of his best days, but he’s still quite good. Since his worst start of the season when he couldn’t even last a full inning, he’s pitched in 10 games (11 starts) and posted a 2.51 ERA with 72 strikeouts and 19 walks in 64.2 innings. He’s given up more hits than you’d expect from a guy with his stuff, but he seems to have made a tangible change and he’s been a huge part of the Indians recent success.

Bauer throws a 94-95 mph fastball to go along with a good curve. He then supplements those two with a sinker, cutter, changeup and slider. He doesn’t use the slider very often, but of the 18 at bats that have ended on it, just four have been hits while nine have been strikeouts. Royals hitters have mostly struggled against him with one real exception: Lorenzo Cain. Cain has hit .333/.400/.722 against him in 20 plate appearances in his career. If the Royals can pick on his sinker, they might be able to hang in there. Eric Hosmer is hotter than blazes right now and he’s hitting .444 with a .667 slugging percentage on sinkers. Whit Merrifield is slugging 1.071 on them this season. While neither has been great against Bauer in their careers, they could find success if they can pick out the sinker to drive.

Vargas had his first decent start in awhile. He went five innings against the Twins and gave up just one run on four hits with three strikeouts and one walk. That ended a stretch of seven straight starts allowing three or more runs. Is this Vargas getting back to what he was doing earlier this season? Sadly, I don’t think it is. I think he’s fatigued and I don’t think there’s really anything that can be done about that at this point. He faced the Indians twice in a week back in August and gave up eight runs on 12 hits in 9.2 innings against them in those two starts, both losses.

Carrasco has been a little like Bauer in that he’s good, but probably not as good as you think he should be. Even so, he’s better than Bauer and he’s making his 30th start in this one for the second time in his career, so if all goes well for him, he’ll have a new career high in innings pitched after this start. He strikes batters out while not giving up hits or walks. It’s a good combination. The Royals roughed him up back in early June, but he went seven shutout innings a couple weeks ago against them and has allowed just two runs over his last four starts, spanning 29 innings.

Carrasco, like Bauer, has a pretty large repertoire with a 94-95 mph fastball, a ridiculously good slider, a changeup, sinker and curve. He’s gotten 97 strikeouts on his slider this season, which is pretty incredible. Opponents are hitting just .129 on it with just a .202 slugging percentage. My advice to the Royals is just to not swing. I think there’s a better chance it moves out of the strike zone than they do damage on it. His fastball has been hit, though, which probably bodes well for guys like Perez, Moustakas and Hosmer, who have all slugged above .500 against four-seamers this season. The only real flaws in his game are that he does struggle a bit more the third time through the order and also that lefties are hitting much better against him than righties with a  .746 OPS compared to .619.

Hammel had a stretch of 18 straight starts where he threw at least five innings ended with his last rough outing against the White Sox. It may have just been my vantage point, but it sure seemed like his breaking stuff wasn’t as bad as the box score made it look. He’s had success against Cleveland this year, going 3-1 in four starts with a  3.91 ERA in 25.1 innings. The key is that he’s only walked four batters against them all year.

Kluber is probably the best pitcher in the American League and is in line for another Cy Young, which was unthinkable a couple months ago after he’d missed time and Chris Sale had pitched so well. Since coming off the disabled list in June, he’s made 20 starts and gone 13-2 with a 1.77 ERA in 147.1 innings. Those aren’t the crazy numbers, though. He’s struck out 202 and walked just 21. I don’t know how he’s allowed 88 hits in that time. He’s just ridiculously good.

Kluber relies heavily on a sinker, cutter and slider and then uses a four-seam fastball and the occasional changeup to supplement them. The cutter is about 89-90 mph while the fastballs come in at about 92-94. Remember how good the slider has been for Carrasco? Kluber’s gotten 123 strikeouts on it and allowed a .087 average and .120 slugging percentage. Yikes. Somehow he’s faced the Royals just once, and actually only went 5.1 innings while giving up a run on six hits. That’s about as good as you can hope for against him these days, I think.  In looking through the numbers and trying to find a weakness, it just doesn’t exist. He doesn’t even really get in trouble later in games. In fact, he gets stronger. All that said, he’s struggled with a few Royals in his career, so maybe there’s some hope. Moustakas has hit .462/.500/.718 in 42 plate appearances. Melky Cabrera has hit .487/.487/.667 in 39 plate appearances. And Eric Hosmer has hit .288/.351/.577 with three home runs in 57 plate appearances. If you want to dream a little, that’s where you should be dreaming.

It looks like Duffy will make his return in this one after spending a few weeks on the disabled list. His last start was a good one, taking a no-hitter into the sixth inning and losing it after the plate umpire made a bad call on a pitch that should have ended the inning. The home run he allowed right after was the last we saw of him before he made off field news while on the disabled list. If the Royals are going to do anything the rest of the year, they need Duffy desperately. He’s faced Cleveland twice this year and has been good once and bad once. Against Kluber, we’ll need to hope it’s much more of the former in this game.

It’s really hard to see how the Royals even split this series, let alone win it. But they need at least a split or else the playoff hopes are all but gone. I don’t think they get it. I think they steal a game and end up winning just one of four, which means we might be pretty sad in Kansas City thinking about what might have been.

Tags: Danny Duffy, Jake Junis, Jason Hammel, Jason Vargas |
David Lesky
Follow @dblesky
I've been a Royals fan since the day I was born, and have had the opportunity to write about the Royals for nearly a decade now. The winning was better than the losing, but the losing is kind of familiar at least.
read more from David Lesky