Break up the Royals, everyone. Winners of three straight and owners of their first series sweep of the season, they welcome the Detroit Tigers to town. The Tigers are sort of interesting in that they way overperformed for the first two and a half months and got to just one game under .500 after a sweep of the White Sox. Since then, they’ve gone 6-22, which isn’t as bad as the worst 28-game stretch for the Royals, but it’s still pretty horrible. They really only have one hitter to fear and that’s Nicholas Castellanos. Otherwise, it’s a lot of mediocre at best hitters. If you’re wondering how the starting pitching is going, their best starters are Mike Fiers and Jordan Zimmermann, who are both actually having solid seasons, but yikes. If you’re wondering if the bullpen is better, well, I guess it is, but that’s not saying a ton. This is a bad team that started well enough to not be in the same territory as the White Sox and Royals. 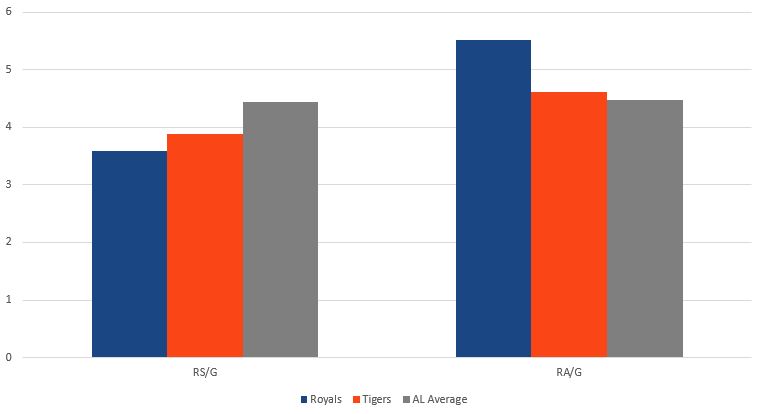 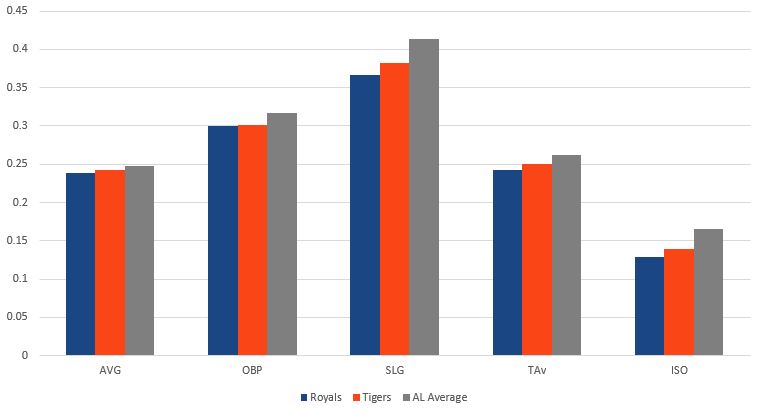 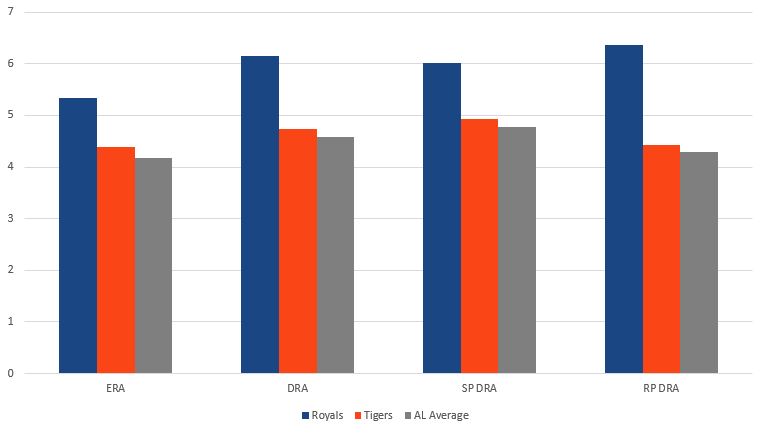 Liriano’s season started so strong and it looked like he might be a sneaky good signing, but after a fantastic outing against the Royals in early May, he’s posted a 6.12 ERA over his last nine starts. In the middle of that is a DL stint and he left his last start against the Astros with lower back tightness, so we’ll see if he can get deep in this one. Liriano is a sinker/slider/changeup guy these days, throwing his sinker 40 percent of the time and his sinker almost as much. But the best pitch for him has been his changeup, which has long been his strong pitch. He’s allowed just one extra base hit against hit all season long in 52 at bats. His slider is the strikeout pitch, and he’s been amazing against lefties (.088/.200/.193), so I expect it might be a long night for Mike Moustakas and Alex Gordon. My recommendation would just be to sit Lucas Duda because of his work against lefties. He’s been good against the Royals this year with a 2.37 ERA allowed in three starts with just nine hits allowed in 19 innings. Salvador Perez is the lone Royal to have real success against him, hitting .333/.429/.667 in 14 plate appearances.

Ian Kennedy’s injury appears to give Fillmyer his shot to show the big league club what he can do in the rotation. It’s a small sample in the big leagues, but I don’t think he’s really anything to think about for the future, so I’d much rather Trevor Oaks be getting these starts, but for now, I guess he won’t. In AAA, Fillmyer posted a 5.75 ERA with 82 hits allowed in 67.1 innings and a below average strikeout to walk rate. In the big leagues, he’s struck out just seven while walking eight in his 15.1 innings. His stuff played decently in his long relief outings, but the Red Sox hit him around pretty well in his one and only start with three walks and no strikeouts. The Tigers offense is a good opportunity for him to excel, but if he doesn’t, I think that’ll say an awful lot.

Zimmermann hasn’t nearly lived up to his contract, but this season has been very good for him. His peripherals this year look a lot more like he did in his Nationals days when he was a fringe Cy Young candidate a couple times. It might even make him tradeable, assuming the Tigers pick up some of the $60 million or so remaining. One thing he’s done differently this year is he’s thrown his slider a lot more, and it’s been fantastic with opponents hitting just .209 with a .339 SLG against it and it accounts for 39 of his strikeouts this year. On two strikes, opponents have hit just .114 against it, which is just insane. I’m not sure how reliable home and away splits are, but in seven starts away from Comerica, Zimmermann has gone 2-1 with a 4.83 ERA compared to a 2.59 ERA at home. In a similar number of innings, he’s struck out seven fewer batters. He’s had one very good start against the Royals this year but lasted just five innings in a win. Whit Merrifield is 4 for 11 with two doubles against him in his career, so he provides some hope against him.

Smith is getting his chance in the rotation because of Hammel’s bullpen demotion. I have to admit that I don’t think too highly of Smith, but he does have some tantalizing off speed stuff to go along with a fastball that can bust into the high-90s. Still, the command is mostly garbage and his velocity sits much lower than you’d have expected him to. He did have a nice 10-inning run before being put into the rotation a couple weeks back which made some think that he might be turning the Luke Hochevar corner, but I have my doubts. He faced the Tigers once in a relief appearance earlier this year and gave up two runs on two hits with two walks in 1.2 innings. This Tigers team is worse than that one, so he’s going to need to show something or else it’ll look bad for him just as it will have for Fillmyer.

I think I say this every time the Royals face Boyd, but I really thought Boyd was going to break out. And he looked like he was going to until his last few starts. Through his first 13 starts, he was 4-4 with a 3.23 ERA with just 54 hits allowed in 75.1 innings. In the six starts since, he’s improved his strikeout rate considerably, but has gone 0-5 with an 8.36 ERA and allowed 32 hits in 28 innings. After allowing six home runs in those first 13 starts, he’s allowed six in the last six. It’s just been a nosedive to his season, which is really too bad for him. Like Zimmermann, the road has been a problem for him with a  1-6 record and 5.77 ERA in 53 innings with seven home runs allowed. I don’t know what this means exactly, but on the first pitch, opponents are hitting just .171 with a .314 SLG, so I guess a good plan of attack is not to blindly attack. While he’s been okay against the Royals this year, in 11 career starts, he’s gone just 2-6 with a 6.79 ERA in 51.2 innings with just 29 strikeouts and 70 hits allowed. Yikes.

We all know that Duffy has really turned things around, lowering his seasonal ERA to 4.40, which is amazing considering where it was just a couple months ago. I’m a little concerned with the number of pitches he’s been throwing. He’s thrown 100+ in all four starts in July and has been averaging 17 pitches per inning. The upside is that he hasn’t had a ton of stressful frames, but still, it’s a lot of pitches. In his last 11 starts, he’s 5-2 with a 2.58 ERA and averaged  105 pitches per start and averaged 16.6 pitches per inning. Duffy has made one start against the Tigers this year, giving up six runs on 10 hits in 4.2 innings while he was struggling earlier this year. In his career, he’s 7-9 with a 4.23 ERA in 118.2 innings. After picking up his first home win of the year his last time out, maybe he’s getting back on track at The K, but his 5.89 ERA with more hits than innings pitched and a fairly disastrous strikeout to walk ratio is a bit troublesome. It’d be good if he could turn that around in this one.

I was going to predict that the Royals get swept in every series until they won one. And now they’ve swept one, so I’m going to give you some honest analysis here. It’ll be hard to keep the winning ways going with Fillmyer and Smith starting the series out for the club. I don’t have much faith in either of them, but I love what Duffy’s been doing over his last couple months. With that in mind, I’ll say the Royals win just one of three, but the Tigers are a big ol’ disaster too, so I guess you never know.

Tags: Burch Smith, Danny Duffy, Francisco Liriano, Heath Fillmyer, Jordan Zimmermann, Matt Boyd |
David Lesky
Follow @dblesky
I've been a Royals fan since the day I was born, and have had the opportunity to write about the Royals for nearly a decade now. The winning was better than the losing, but the losing is kind of familiar at least.
read more from David Lesky