The Royals head to Chicago to take on their basement buddies in the White Sox. In a way, the White Sox are lucky the Royals exist because they’d be the worst team in the Central by a longshot if not for Kansas City, but in another way, they’re barely even in play for the number one or two pick, so maybe it’s not that great for them in another lost season on the South Side. The White Sox, on the surface at least, probably shouldn’t be as bad as they are. Even with Jose Abreu having a less than season for him, he’s still been fine and they really have mostly average-ish or better offense from top to bottom, especially with Avisail Garcia’s return and power surge. I guess it’s less surprising how bad they are when you check out the rotation given that the only three with 100 or more innings this year have all been somewhere between below average and terrible. And the bullpen with Joakim Soria traded and Nate Jones on the disabled list is a liability as well. Okay, maybe they’re as bad as they should be. 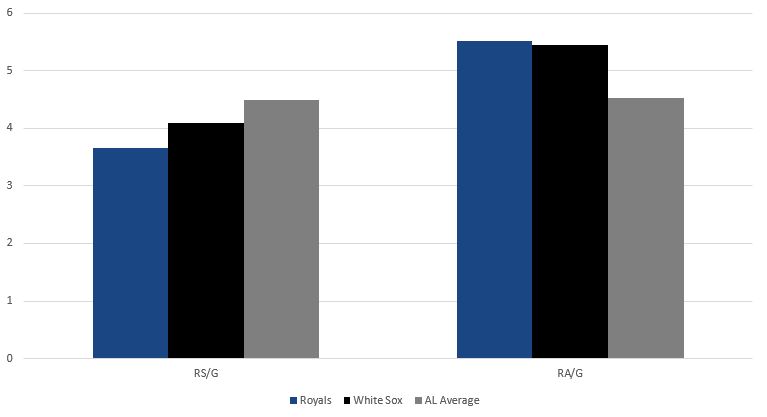 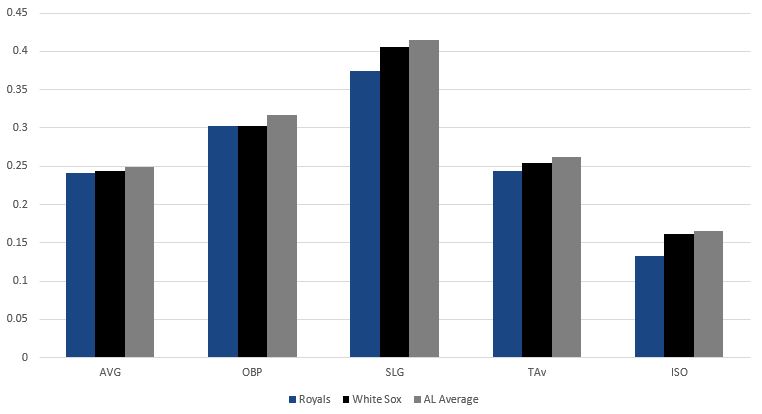 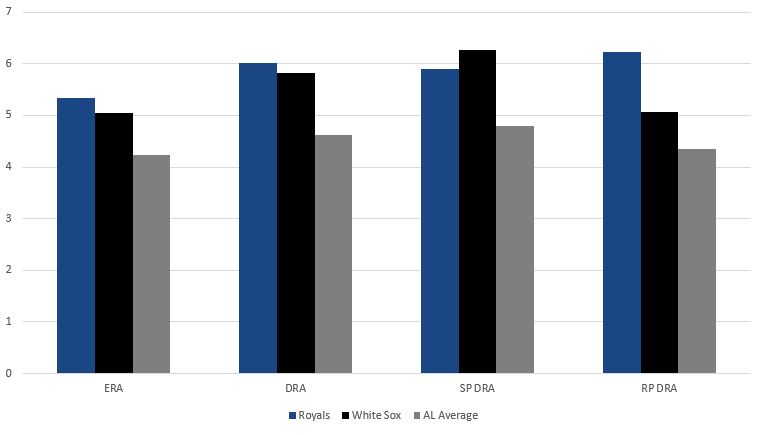 Duffy got hit around pretty good in his last start against the Tigers, ending a really nice three-start stretch, but there were some encouraging points. For one, he only walked two batters, which was nice as he’s been much better with his control over his last few starts. Of course, on the flip side, he generated very few swings and misses for the second straight start. This is an opportunity to get right against an offense he performed exceptionally well against just a couple weeks ago in this very park. On July 14th, he went seven shutout innings with eight strikeouts and 16 swings and misses against the White Sox. Even with the rough start, he’s 5-3 with a 3.23 ERA in his last 12 starts, spanning 75.1 innings with just 64 hits and six home runs allowed. It’s been a nice run and hopefully a team he’s had recent success against will allow him to continue it.It’s been a semi-resurgence for Shields this season, and even though the ERA is just average and the FIP is as well, DRA seems to like him a bit when factoring in more factors than FIP provides, so that’s something, I suppose. He’s still striking out too few and walking too many, but it’s better than in years past and he’s not getting killed by the home run like he had the last two years. Honestly, he could be a reasonable back of the rotation guy for a team just needing innings, so maybe he doesn’t even get to this start. His changeup is still good, and his curve has been a really nice pitch for getting whiffs with opponents coming up empty on one out of every three this season. The four-seamer, though, that’s a problem with opponents hitting .271 against it with a .542 slugging percentage and a very low whiff rate. A team of now young hitters, I imagine Shields will attack them off speed and see what happens. Lucas Duda has two homers in 15 plate appearances against Shields, so if he’s not traded by the time you read this or steps into the box, he’s a threat. And Alcides Escobar has three extra base hits against him in 20 plate appearances, so you know he’s playing.

After a debut that only a mother could love, and maybe not even her, Dylan Covey was thought to have maybe figured something out. After going seven solid innings against Cleveland in mid-June, his ERA was 2.9 and he was doing a nice job of striking guys out and limiting walks. He had a little help with the ERA from some errors, but he looked solid. Since then, he’s made seven starts, going 33 innings and allowing 41 hits, walking 19 and striking out just 17 with eight home runs allowed. And that includes a game where he threw 8.1 shutout innings against Seattle. That’s really quite amazing when you think about it. So who is he? I’m inclined to think he’s just not good, but I guess we don’t know for sure yet. He pitched against the Royals earlier this year in his first appearance of the season and gave up four runs on seven hits with three walks in six innings in a loss, so even a bad team like the Royals has done well against him. One thing to note is that he’s mostly ditched his four-seamer and has gone all to sinkers, all while upping his velocity on it, so maybe there is something to his resurgence for a few starts earlier this year. Salvador Perez, Alex Gordon and Jorge Bonifacio have all hit him well in a limited sample.

Junis will be making his third start back from the disabled list and the training wheels appear to be off after throwing 100 pitches against the Yankees on Thursday. He wasn’t good but did only allow one home run, which means the under definitely would have won that bet. Since that scorching start to the year that might have been a bit Tigers-fueled, Junis has been unimpressive, and it all kind of started against the White Sox in April when he gave up five home runs to them. As usual with him, it all depends on his slider. The White Sox swing and miss enough that if it’s working, nothing else really matters. If it’s not, I think the White Sox will hit him and hit him hard. He’s rocking an ERA of 8.07 over his last seven starts, so this matchup has the potential to be a wild game.

I feel like every time the Royals face Lopez I write the same thing. The talent is there. The stuff is there. But something is just missing. Maybe it’s just a lack of deception? That would seem to make sense because the young righty throws 95-97 with enough movement that he should be much more difficult to hit, but his fastball only has a whiff rate of 14 percent. There’s definitely a disconnect. His slider is a legitimate strikeout pitch, but I feel like he’s just not getting to two strikes as often as he should to be able to use it. And the fastball has been hit hard with a 90.6 MPH average exit velocity on it. It moves, but it doesn’t spin enough, I guess. And until he can figure out a solution (it’s probably throwing fewer fastballs, but don’t tell Lopez until the Royals are done with him), he’s probably going to be toil as a mediocre at best starter with tantalizing potential. Lopez has faced the Royals twice this year, going 0-1 with a 4.50 ERA in 14 innings. He’s allowed a whopping 19 hits and three home runs, so they’ve seen him well.

Keller’s first start in Yankee Stadium went okay enough, and I think would have been seen in a much more positive light if Ned Yost had any faith in the Royals bullpen. He labored through five innings and gave up just two runs. On a team of Royals past, that would have been it, but with the bullpen issues, he was asked to go back out for the sixth and he gave up two more runs. He continued his inconsistent strikeout work with only getting one, and that’s a Yankees team that strikes out a lot, but he had eight the start before that. In all, Keller’s work as a starter is looking a bit more pedestrian, but a 4.02 ERA and two home runs allowed in 53.2 innings will play in many ways. The White Sox were all over Keller a couple weeks ago, getting him out of the game in the third after he walked four and gave up seven hits, so he’ll obviously need to be much better in this one. I’m intrigued by Keller starting. I’m not as optimistic as some, but I’m intrigued and this is an opportunity to see something as he’s working to bounce back from a tough one in his last start and a tough one against this team, so I’m very interested in how this one goes.

I think the Royals win this series because I’m feeling optimistic for no good reason and because I think the White Sox are even worse than the Royals even though all signs point other directions.

Tags: Brad Keller, Danny Duffy, Dylan Covey, Jakob Junis, James Shields, Reynaldo Lopez |
David Lesky
Follow @dblesky
I've been a Royals fan since the day I was born, and have had the opportunity to write about the Royals for nearly a decade now. The winning was better than the losing, but the losing is kind of familiar at least.
read more from David Lesky