The Royals forge on and head to Minneapolis to take on the Twins, who decided to throw in the towel a bit at the deadline by trading away a couple infielders who really enjoyed facing the Royals in Brian Dozier and Eduardo Escobar as well as Lance Lynn and a couple relievers. But that doesn’t mean they’re a truly bad team as they’re hopeful Miguel Sano’s return will be with better results than earlier in the year before he was demoted to the minors. In all, this is an offense that has struggled and they traded away 31 home runs and 115 RBI in their two infielders, so scoring runs may be a bit of a struggle for a team that I thought would score plenty. On the pitching side, they have Ervin Santana back to join up with Jose Berrios and Kyle Gibson and sometimes Jake Odorizzi as actually strong starting pitching. Without Ryan Pressly and Zach Duke, the bullpen isn’t quite as good, but they can still have their moments. 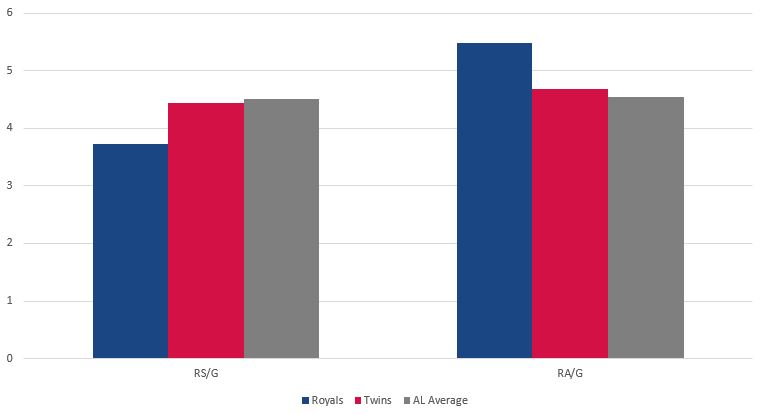 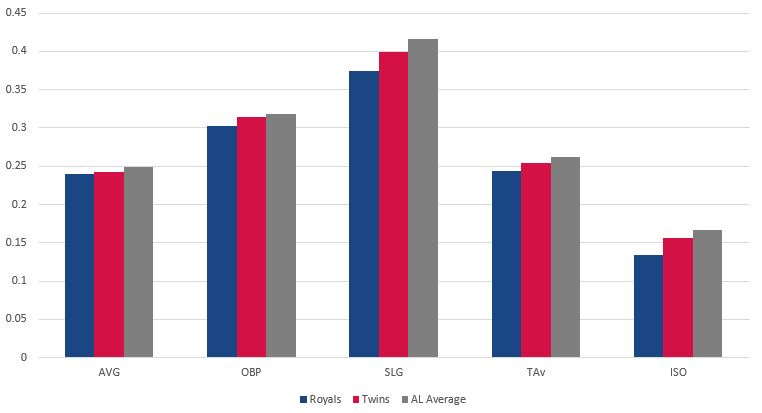 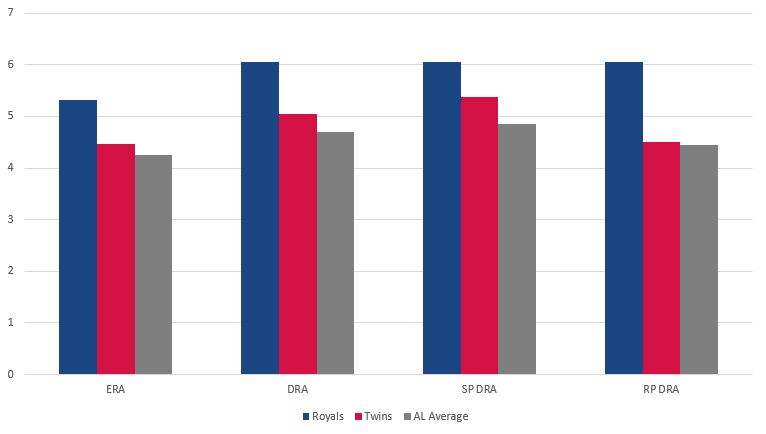 As I mentioned when the Royals took on the Twins after the break, Odorizzi is having a strong season in some capacities, such as in his strikeout rate, which is still the second highest of his career, but he’s just walking too many batters, a problem that really arose last season. He doesn’t have the best stuff in the world in spite of the strikeouts, so he gives up his fair share of hits as well. With all those base runners, it’s no surprise he’s having a bit of a rough season. But he, of course, pitched quite well against the Royals a couple weeks back, going six innings and giving up just two hits and one walk and two runs with eight strikeouts. This is a slightly different Royals team he’s facing, so it’s hard to say that what he did then is indicative of what he’ll do in this one. The number that jumps out to me with Odorizzi is his innings pitched. He’s averaging just five innings per start and has only faced one batter after the sixth this season. It makes sense. The third time through the order, he’s allowed a .372/.450/.872 line. But with the Twins bullpen being shaken up a bit, they may find that they run into even more problems with a guy like Odorizzi for the rest of the year.

Fillmyer was really impressive in his start against Detroit a week or so ago, and then came back and held his own in Yankee Stadium against a tough lineup. The issue that I believe he’ll always run into is that he just doesn’t miss enough bats. He missed bats against the Tigers and had a really nice outing, but he only had three swings and misses against the Yankees. This Twins lineup is somewhere in between those two lineups, so I’d say it’s sort of a tossup, but his ground ball tendencies are good to see against a team that likes to lift the ball, so maybe he can have another nice outing here. He hasn’t yet faced the Twins in his career, so history will be made when he throws his first pitch.

After a really strong year in 2017, it was expected that Berrios would take the next step to stardom in 2018, and while he hasn’t quite gotten there, he’s had a very nice season. He’s upped his strikeouts, lowered his walks and been harder to hit. And when he’s gotten deep into games, he’s taken control, allowing a .140/.222/.246 line from the seventh inning on. That’s impressive for a young pitcher. He uses a four-seamer at about 94 MPH, a two-seamer just a tick slower and a curve for the majority of his pitches, but he keeps hitters honest with a changeup that he uses early in the count to lefties mostly, and it gets hit with four of his home runs allowed on that, all to lefties. I could see a scenario where Berrios tries to mess up some timing on the young guys and Brett Phillips and Ryan O’Hearn both can do some damage if he hangs it. Berrios faced the Royals once this year, on July 9th, and gave up just one run on six hits over seven innings with eight strikeouts and no walks in a 3-1 Twins win. He’s struggled against the Royals overall in his career, but a lot of that was his rookie season. He’s changed and the Royals have changed.

I was expecting Smith to get lit up in New York and he really didn’t, allowing just two extra base hits in four innings, but the overall line was rough with five runs allowed in four innings. He also was coming off a nice start against the Tigers where he got 16 swings and misses. That’s crazy. His changeup is the key for him. He’s allowed a .208 average on it with a .354 slugging percentage this season and it’s accounted for 16 of his strikeouts this year and just one home run allowed. Twins hitters have hit right-handed changeups very well this season. Eddie Rosario has hit .375 in 40 at bats and five current hitters have a .475 SLG or higher against them. That doesn’t mean he can’t succeed with it, but it’ll be a tough test for him even though this isn’t a great lineup.

Santana’s season just began because a finger injury wiped out more than half of it, which was a big blow to the Twins chances in 2018. Since returning, he hasn’t been good, but the sample is quite small as you can see above. He has allowed three home runs in 13 hits in those 10.1 innings and only struck out six, but he’s able to control the ball at least with just three walks allowed. Velocity is WAY down in his two starts with his four-seamer averaging just 90 MPH and his sinker averaging 89. Even his slider is only averaging 81-82 after sitting about three miles per hour higher last season. And after allowing a .154 average with a .260 slugging percentage on the slider last year, he’s given up a .385 average and .769 slugging percentage so far. Again, the sample is tiny, but given that he’s coming back from an injury that could impact his ability to manipulate the ball, it’s worth noting. Santana is 7-10 with a 4.71 ERA in 25 career starts against the Royals, but other than Whit Merrifield, nobody has done much damage against him and even Whit doesn’t have much of a sample.

Unlike Fillmyer and Smith, Duffy was coming off a bad start against the Tigers and followed it up with a solid enough start against the White Sox. He didn’t allow a run, but he only went 5.2 innings and he gave up six hits and four walks. He did get seven strikeouts with 17 swings and misses, so that’s a good thing, but the underlying numbers weren’t that encouraging. And he’s throwing a ton of pitches, exceeding 100 for the sixth straight start and the eighth time in his last nine. It’s not that big of a deal when he’s going seven innings, but he’s thrown 219 pitches in his last two starts and only gone 11.1 innings. He handled the Twins easily in Kansas City after the break and actually has been great against them all season, going 1-0 with a 0.95 ERA in 19 innings over three starts, so this is a matchup that does seem to favor him. Hopefully, it can continue to favor him.

Why not? Let’s call it another Royals series win because they’ve handled the Twins just fine this year and seem to be feeling good about themselves with the new blood in the lineup.

Tags: Burch Smith, Danny Duffy, Ervin Santana, Heath Fillmyer, Jake Odorizzi, Jose Berrios |
David Lesky
Follow @dblesky
I've been a Royals fan since the day I was born, and have had the opportunity to write about the Royals for nearly a decade now. The winning was better than the losing, but the losing is kind of familiar at least.
read more from David Lesky