The Royals can ride the high of their series win over the division-leading Indians as they welcome the Detroit Tigers to town for a quick, two-game set. With Miguel Cabrera on the disabled list and out for the rest of the year, the Tigers have one player who is an above average hitter in Nicholas Castellanos. Of course, Victor Martinez has looked like the younger version of himself in 12 games against the Royals. They also have Jeimer Candelario who is at least intriguing. The pitching staff is as much of a hodge podge as the offense, though Matthew Boyd has provided some hope for the future and Jordan Zimmermann has been average or so this year after a couple disaster seasons. And they have Michael Fulmer back from the DL, so that’s not nothing, I guess. The Royals will see both Boyd and Fulmer. 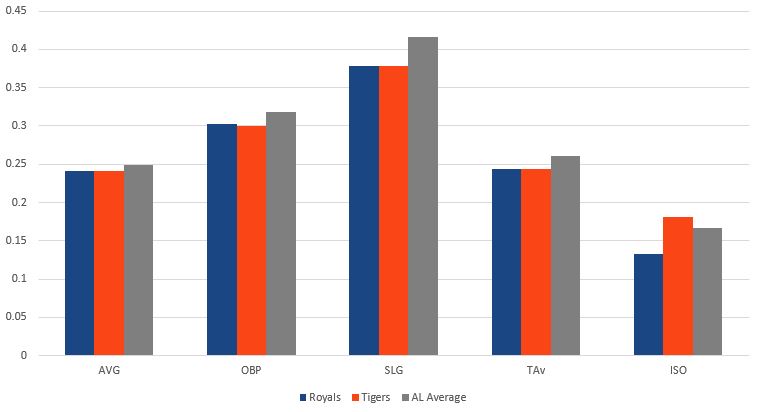 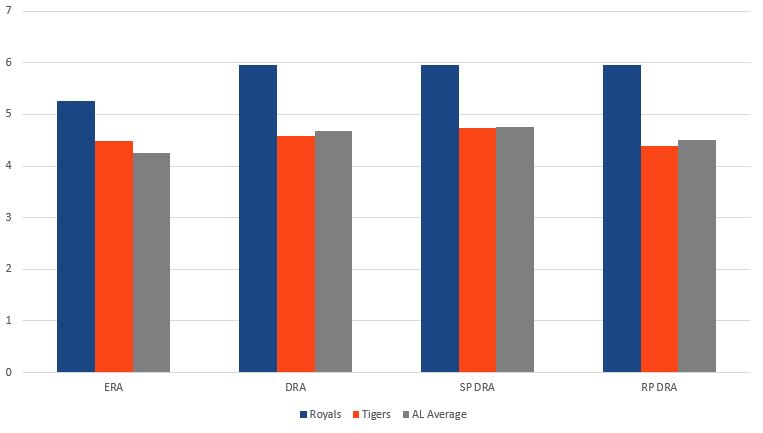 Boyd has been mostly a bright spot for the Tigers in another rough season, posting big league career highs in innings pitched, wins, strikeouts and has, so far, been as difficult to hit as ever while being as stingy with home runs as ever. This is what the Tigers expected last season after he finished 2016 strong, but were disappointed with an uneven performance all year. This year, after a rough patch that started in June, he’s turned things around again and is now 4-3 with a 2.53 ERA in his last seven starts. He’s not a true innings eater or anything, but his 40 to six strikeout to walk ratio in that time is truly fantastic. One issue many guys with that kind of control have is too many home runs because they’re in the strike zone, but he’s only allowed four in those 42.2 innings.  In his career, the early part of games has been a problem, but he’s done a nice job correcting that this year, and he’s oddly gotten better as games have progressed. But he has struggled with runners in scoring position, allowing a .293/.339/.495 average compared to .202/.282/.329. Base stealers are successful 88 percent of the time against him, so that’s a tactic the Royals should and likely will employ against him with their speed guys. The Royals have had their way with him in the past, but he’s 1-2 with a 3.32 ERA in three starts against them this year with 13 strikeouts and just one walk in 19 innings. Whit Merrifield, Alcides Escobar and Salvador Perez have all done well against him, so expect them all to be in there.

I continue to feel very good about the fact that it seems like the back issue was the cause of many of the issues that saw Junis struggle through his rough patch earlier this year. Some coming off the DL, he’s gone 1-2 with a 3.47 ERA in 36.1 innings, but there are some very encouraging peripherals, like his 40 strikeouts and just 12 walks in that time and, maybe most importantly, just two home runs allowed. Now, he’s also allowed more hits than innings and six unearned runs that give him an RA number of 4.95, but we can look past that in happiness over the home run, strikeout and walk numbers. This seems like a good opportunity for Junis to continue his strong pitching as he’s 3-0 with a 1.64 ERA against the Tigers this season in three starts with just one home run allowed. Against the rest of the league, he has a 5.28 ERA and 1.9 homers per nine, but the Tigers seem to be the cure for what ails him at all times.

Fulmer made his first start off the disabled list on Friday against the White Sox and was fantastic. He went 4.2 innings and gave up just two hits and a walk with four strikeouts and had a nice swinging strike rate. Even with that, it’s just been a tough go this year in a lot of ways, though he’s still limited hits and home runs enough that if he can get the walk rate back down to 2016/2017 levels, he can be a really solid number two. We know the story with Fulmer having seen him in more than 11 percent of his big league starts. He throws a hard four-seamer and a hard sinker, both averaging above 96 MPH. He also has a changeup that can be nasty but has been hit hard and a slider that gets a ton of swings and misses, but he might actually throw it for a strike a little too often and that’s why it’s been tagged for a .477 SLG. He’s had a similar issue to Boyd with runners in scoring position, allowing a .302/.352/.510 line, but base stealers are just one for four against him, so they might want to stay put when they get to first base. Merrifield has also done quite well against him in 16 plate appearances, so it seems like he’s got a shot at a nice series.

Duffy’s first start off the DL was solid enough with just two runs allowed in five innings and seven strikeouts, but he only got five swings and misses out of 96 pitches, which is concerning. His velocity was also dipping noticeably in the fifth, so there’s definitely a little cause for concern there. Even with that, he has continued his season turnaround and is now 6-5 with a 3.79 ERA in his last 16 starts with fewer hits than innings pitched, just eight homers allowed in 97.1 innings and nearly a strikeout per inning. Still, too many walks for him, though he’s walked just four in his last three starts, so that’s something. Also of concern is the way he’s pitched against the Tigers this year in two starts, going 0-2 with an 11.32 ERA in 10.1 innings. That continues a trend of his career where he’s been very uneven against them with a 7-10 record and 4.63 ERA in 24 games (124.1 innings).

Two bad teams with nothing on the line? What could be better? I’ll say a split, but I’m guessing both teams get a win because the other team gave it away rather than because they played especially well.

Tags: Danny Duffy, Jakob Junis, Jeimer Candelario, Matthew Boyd, Michael Fulmer, Nicholas Castellanos, Victor Martinez |
David Lesky
Follow @dblesky
I've been a Royals fan since the day I was born, and have had the opportunity to write about the Royals for nearly a decade now. The winning was better than the losing, but the losing is kind of familiar at least.
read more from David Lesky