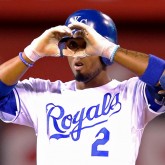 You may have noticed Royals shortstop, (or was it third baseman?) Alcides Escobar had one hell of a second half. Or maybe you didn’t. You would have been excused, given the dreadful first half that clouded his numbers. Basically, he dug himself a hole so deep he scraped up against the Great Wall. But really, […] 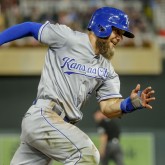 For starters, I want to question the FS1 brass about what possibly constituted Minnesota and Kansas City’s being the featured Saturday night national broadcast. Were you throwing off because it was a college football Saturday? Were you hitting the Willians Astudillo/Effectively Wild demographic? Did y’all just want barbecue? It was the barbecue, wasn’t it? It’s […] 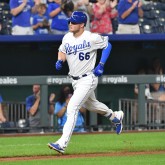 Take away June and July and let him exclusively face the American League Central and Jakob Junis might be the best pitcher in baseball. Now, remove any of those elements from the equation and things get a little more squirrely. Fortunately, that didn’t matter this is September and those were the White Sox and Junis […] 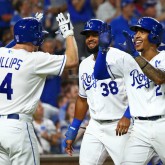 Watching the Royals game on Tuesday night, it was as if the 2015 championship version melded with the dreadful 2018 club. A bizarre night, indeed.  The Royals channeled the 2015 vintage as they kept the line moving with six doubles and four steals. The 2018 Royals manifested in a pair of double plays and, as […]

I can very much appreciate consistency and the consistency with which people argue with the lineups the Royals put out is pretty fantastic. The fact that people still have that kind of passion for a team on the fast track to 110-plus losses is really pretty impressive and I do think speaks to how much […] 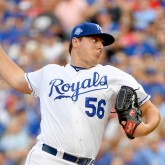 Earlier today, our very own David Lesky proffered some very interesting explanations for the Royals lack of success when it comes to the bullpen and where that leaves them for the future. I encourage you to read it, because: It’s very good Gettin’ dem clicks The upshot, if I understand it (Lesky tends to write […] 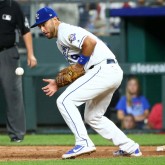 Aside from losing again (of course they lost, do grow up), there were some real positives for the Kansas City Royals in Monday’s game against the Chicago Cubs. ……… Okay, so I can’t think of anything off the top of my head. For the 40th time this season, the Royals managed less than three runs. […] 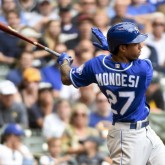 The Royals and Yankees played two Saturday, and so did we here at BPKC. That allowed me to kill two birds with one stone and give the people what they really want: the first look at a post-Moustakas world in Kansas City. Game One It’s weird how sometimes you lose an integral part of the […]

Here we sit with just a weekend and a day between us and the trade deadline and there are questions about what the Royals roster will look like the next time we meet for Friday Notes. Mike Moustakas will almost certainly be in another uniform. He may already be dealt, depending on when you’re reading […] 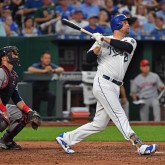 Last month at the mothership, Rob Mains published a pair of articles comparing three of the more accepted advanced offensive metrics. TAv is what we use here at Baseball Prospectus. OPS+ is found on Baseball Reference. And wRC+ is located at Fangraphs. Mains ran the numbers and found that, despite some fundamental differences in how […]