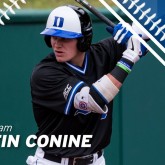 In 1987, the draft was just a tad bit longer than it is today. That year the Royals would select 74 players as the other teams all bowed out in the 71st round or earlier before the Royals were the last team to wave the white flag. After drafting the franchise’s 2nd most valuable player […]