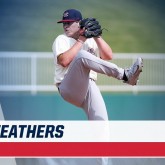 The Royals have taken prep arms quite often in the draft since Dayton Moore became General Manager with plenty of varies in success. From Mike Montgomery, Danny Duffy and John Lamb in their first two drafts until the most recent class, prep arms have been a struggle to get a handle on as one might […]