The Cleveland Indians should count themselves lucky they get to play in the American League Central, where a .500 record is good for first place at this point in the season. That’s not to say they might not have to play better as the season progresses, but it’s not exactly a division of heavyweights, so as long as they eventually ramp up, they should be fine. The offense has been pretty up and down, but they’ve at least gotten some good performances. Of all things, a big issue for them has been their bullpen. Cody Allen has been solid and Andrew Miller was again otherworldly before hitting the disabled list, but the supporting cast has ranged from bad to horrific. I mean, not Blaine Boyer levels, but still really bad. Miller is expected to be activated in time for this series, so they’ll have that at least. 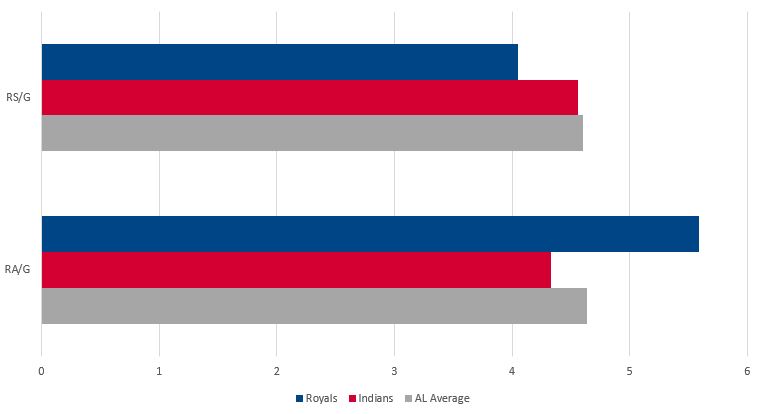 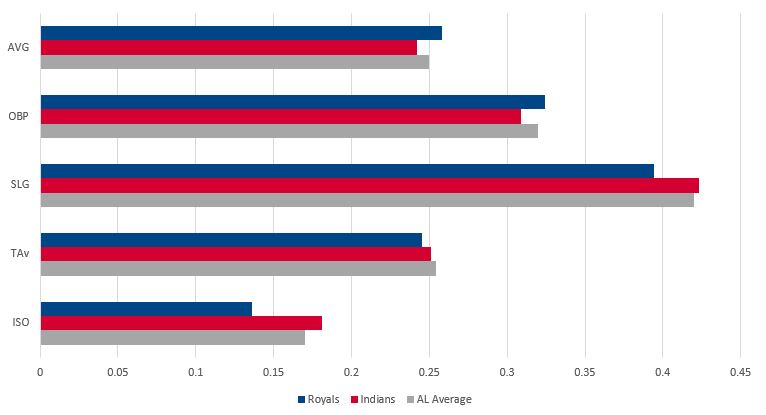 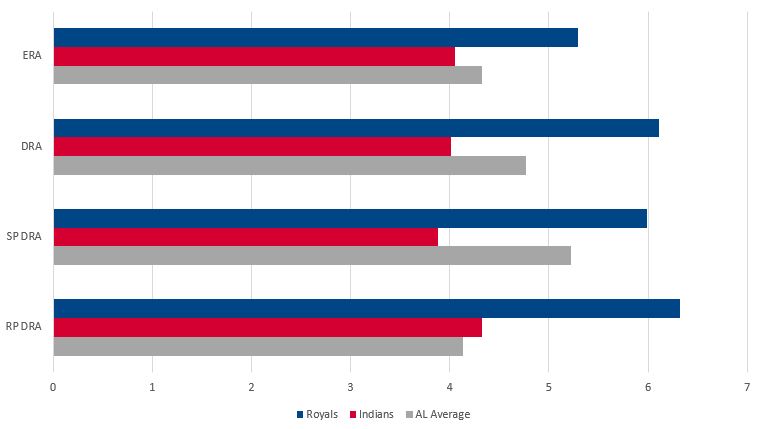 When Bauer isn’t accusing other pitchers of using substances to increase spin rate and then seeing his spin rate magically spike in his next start, he’s having an excellent season, well on his way to actually making good on his promise from when he was drafted in 2011. Up until this season, he’s been a thoroughly mediocre pitcher, posting a 4.36 ERA in 132 games, but this year, the numbers really stand out as he’s maintained his strikeout rate spike from last year but been incredibly difficult to hit with just 30 hits allowed. A big difference for him this year has been using his sinker significantly less after it was beaten up on last year and turning more to his slider, which he’s allowed a .088 average with zero extra base hits in 34 at bats, which includes 20 strikeouts. It’s been his money pitch, but the other side of it is his four-seamer has been considerably more effective this year. Last year he allowed a .283 average and .455 SLG on it, but this year, that’s down to .200 and .380. He’s still giving up some extra base hits with it, but the hits themselves are much rarer. He’s 2-4 with a 3.08 ERA in 11 career starts against the Royals, but was excellent against them earlier this year, allowing just one run over eight innings in a loss. If you had forgotten about that game, it was the one where he whined about having to be ready to pitch too quickly and then giving up a home run to Lucas Duda. Alcides Escobar and Alex Gordon both have a .800+ career OPS against him.

Hammel has pretty much settled into who he is, which is a perfectly adequate back of the rotation starter. He had a big hiccup against Boston in Boston, though that’s not all that uncommon. Otherwise, he’s been fine with flashes of better. His strikeout rate and whiff rate prior to his last start was troubling, but after 17 swings and misses by the Tigers on Cinco de Mayo, there’s some reason for optimism that his swing and miss stuff is coming back. I’m slightly fascinated by his troubles the third time through the order, so I’m tracking this year’s success pretty closely. In the third time through and beyond, he’s allowed a .281/.323/.351 line. That’s pretty good. The second time through has really been his issue this year, allowing a .333/.381/.556 line. Maybe he’s thinking ahead to how he’s going to get the lineup out the next time he sees them. He went six shutout innings against Cleveland back in April, but the Indians offense is performing better now and the weather won’t be nearly as much to his advantage.

I’m not going to even begin to suggest that Clevinger is mirroring the Kluber path to greatness, but he might be. He debuted in his mid-20s with good stuff but mixed results and then has gotten better each year. Now, he’s only in his third year, so there’s plenty of time to break up that narrative, but he’s been fantastic this year, and a big help has been his walk rate dropping. The strikeout rate has gone with it, but he has such nasty stuff that he’s still getting a ton of weak contact. After hitters had such a difficult time against him last year, I think they’ve gone to the plate with the mentality that they need to swing early to avoid getting down in the count. And they’ve had some success with that, hitting .385 against his fastball on the first pitch, but they’ve also found themselves down in the count quite a bit and when Clevinger gets you down in the count, it’s over. Opponents are hitting just .117 with a .167 SLG when he has the advantage.  The only hitter to really have success against him is Mike Moustakas who has a homer and two walks in 12 plate appearances.

It’s been really amazing to follow the season of Junis. He had the one just horrific start against the White Sox where he allowed about a million home runs and then has really settled in. The last start against Detroit, he had the slider working and struck out eight over seven innings and probably shouldn’t have even given up that second run. I’m not sure why he was out there for the eighth, though I guess lack of faith in the Royals bullpen is a decent enough answer. Cleveland could be a really good matchup for Junis as they’ve struggled big-time with sliders, hitting just .181 against them with a .342 SLG. If he can get that pitch working, he might have a big strikeout day. Lindor, Encarnacion, Bradley and Ramirez have all had a lot of trouble against sliders. Junis faced the Indians twice last year and was really solid in his only start, but he struck out just one in 5.2 innings, so he’ll need to better in this one to have success.

I guess it’s a good thing the Royals didn’t have to face Kluber in the crazy cold weather in April because they may have ended up getting no-hit. He’s having his typical season, though he is striking out hitters less prolifically this year with his strikeout rate dropping from 34.1 percent to 26.3 percent, although that’s really just back around where it had been for awhile. Impeccable control, swing and miss stuff and being unhittable have made him arguably the best pitcher in baseball. And he also doesn’t come out of games easily, averaging better than seven innings per start this year. If you’re looking for someone who might have some success, Lucas Duda is 5 for 10 against cutters this year, but Kluber’s cutter is no ordinary cutter. It’s a cool cutter. Opponents have hit just .175 with a .263 SLG against it. Yeesh. Moustakas has also had big success against him, hitting .462/.500/.718 in 42 plate appearances.

Well, Duffy got a win, so that’s good. He didn’t pitch horribly or anything, but it still wasn’t what you’d like from him. I guess you do have to wonder what sitting through a 10-run first inning did to him, but even so, you’d love to get more than 5.1 innings out of your ace on a night where he’s staked to a massive lead. The encouraging thing was continued from his last start and he got a lot of swings and misses, which tells me maybe he’s close, though I wish he’d stop tinkering so much. Still, just four walks in his last three starts, spanning 18 innings is also encouraging. Duffy had a brutal first inning against Cleveland earlier this year but settled in to pitch into the sixth. In his career, he’s 2-7 with a  4.09 ERA against the Indians.

The Indians aren’t playing especially well, but even with that, they’re better than the Royals by quite a bit. The Royals are facing off against what has been the best three starters this year for the Indians, so that doesn’t bode well for them. I think the Indians sweep this series and get their groove back against one of the teams they’re supposed to be beating up on this year.

Tags: Corey Kluber, Danny Duffy, Jakob Junis, Jason Hammel, Mike Clevinger, Trevor Bauer |
David Lesky
Follow @dblesky
I've been a Royals fan since the day I was born, and have had the opportunity to write about the Royals for nearly a decade now. The winning was better than the losing, but the losing is kind of familiar at least.
read more from David Lesky

1 comment on “Series Preview: Royals at Cleveland Indians, May 11-13”

I believe it is a bad idea to have Kennedy and Hammel pitch next to each other. Both are terrible and it would be wise to split them up in the rotation. One as the 3rd starter and the other the 5th. Take your pick, it doesn’t make much difference.