The Royals welcome in their neighbors from the east, the St. Louis Cardinals in a much needed respite from their city. It hasn’t been a great season for the Cardinals, but they’re still within striking distance of the wild card in the National League, albeit bunched up with a handful of teams. They made some changes at the deadline and feature just about the hottest hitter on the planet in Matt Carpenter, who has hit .338/.438/.729 with 28 home runs in his last 75 games. With two of their best starting pitchers on the disabled list, they’ve had to make do, but like I mentioned before, they’re sticking in the race. 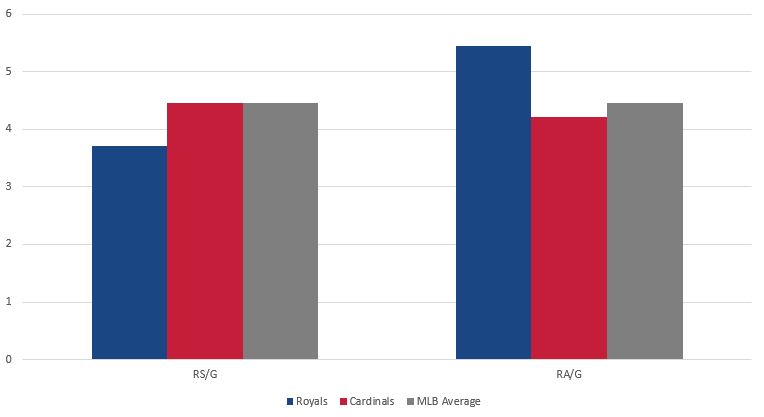 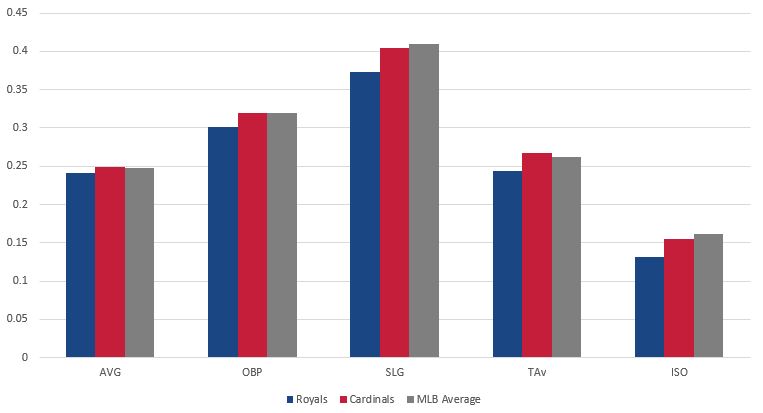 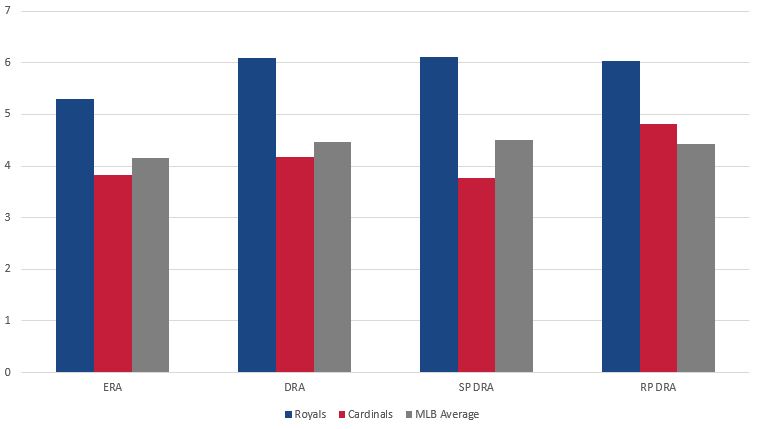 Gomber is a big lefty who never ranked all that high on prospect lists, but always had success in the minors before his debut this season. He doesn’t have amazing stuff, throwing a decent fastball at around 94 or so along with a really good curve, a changeup and a slider. The curve is his money pitch, but the changeup has been a problem for him in very limited exposure and might be what ultimately keeps him in the bullpen long term. This will be his third start, and it’s been a mixed bag in the previous two. In his last start, he gave up four runs on seven hits over four innings and walked three while striking out five. He made his first start in late July against the Reds and was very good, so it’s hard to say what to expect. He’s probably not going to be on a long leash after throwing just 71 pitches last time out and coming out of the bullpen before that, so even if he’s good early, I’d say there’s a fair chance he’s not long for this one. The sample is limited, but he really needs to be able to get ahead to get to his curve ball on his terms. When he’s behind in the count, he’s allowed a .346/.575/.846 line , but when he’s ahead, that drops all the way to .063/.063/.063. So yeah, don’t fall behind.

Smith’s last two starts have left something to be desired. He’s allowed 11 earned over nine innings in those two starts and given up three home runs and 17 base runners. So that’s not good. He’s fairly lucky that all the potential replacements for him in the rotation are hurt right now because there’s just not really another option. While I believe he’s better suited for starting than relieving because I think his repertoire plays better in the rotation and Ned Yost believes he is because he prepares like a starter, I’m thinking it’s becoming somewhat clear that he’s better suited for the minor leagues. If the Royals are interested in winning this game and not developing (which you could honestly argue either is right), they’d get Smith out early. He’s actually almost decent the first time through the order before allowing a .571/.667/.571 line in 12 plate appearances the third time through.

The Royals finally get to face a right-handed starter after four straight against lefties. Flaherty has been outstanding this year after a rough debut last season for the Cardinals. He’s striking out a ton of hitters and has only allowed 73 hits in his 96.1 innings, which is obviously pretty great. He works with a fastball at 93-94, a really good slider, sinker curve and changeup. I say the slider is really good because he’s allowed just a .155 average on it and it’s accounted for 60 of his 118 strikeouts in spite of throwing it less than 30 percent of the time. While he’s been good, you can see in the innings pitched and starts he’s made that he just doesn’t get very deep into games. That’s somewhat by design to protect his arm, but even so, he’s only pitched past the fifth inning in nine of his 18 starts and has only pitched in the seventh three times. Between him and Gomber, the Royals have an opportunity to really get into the Cardinals bullpen over the first couple games.

While Duffy has been so much better overall (6-4, 3.41 ERA over his last 14 starts), he’s been roughed up pretty good in two of his last three starts. You can argue that he shouldn’t have been roughed up in his last start because of a bad call on Jake Cave before he allowed a grand slam, but he also put himself in a situation where the bases were loaded in the first place. Duffy had been really good against the Cardinals in his career in his three starts, going 2-0 with a 2.04 ERA with 22 strikeouts and two walks in 17.2 innings. He hasn’t faced them since 2016, but those are some pretty fantastic numbers. Don’t tell anyone this part, though–he’s actually only faced four Cardinals hitters, so there’s just not much history there.

Weaver was impressive last season in his 13 games (10 starts), posting a better than four to one strikeout to walk ratio, but he hasn’t really built on that momentum. He’s striking out fewer, walking more and he also hasn’t been a guy to get terribly deep into games. He works heavily with a fastball and changeup, mixing in a curve and a cutter at times. His changeup has been hit decently with seven home runs allowed on it and a .203 ISO, but his curve has been really mashed with a .328 average against it and .609 slugging percentage. Lefties would be wise to go first-pitch curve ball hunting as he throws them a curve 26 percent of the time. They have four hits in 12 at bats including a home run on first-pitch curves, so guys like Brett Phillips, Lucas Duda and Alex Gordon should look to trigger early. Weaver took the loss against the Royals earlier this year giving up three runs on seven hits in seven innings but striking out eight. He gave up home runs to Gordon and Salvador Perez.

Junis finally had a really nice start in his last time out against the Cubs. He gave up just a run on five hits with eight strikeouts in five innings. I’m guessing he would have gone longer, but the short rain delay may have caused a bit of a snag. It was nice to see him get some swings and misses and some strikeouts without getting hit hard like he had in previous starts. Since coming back from the DL, it’s been hit or miss for Junis with 22 strikeouts and nine walks in 19.1 innings but 24 hits allowed. Still, only two home runs in that time is a good sign for him after getting hit so hard by the home run ball before his back injury. This is always the case, but if he has his slider working, he’ll be just fine. If he doesn’t, the Cardinals could easily tee off on him.

The Cardinals are playing well, but I still think the Royals find a way to win this series and take the season series against them.

Tags: Austin Gomber, Burch Smith, Danny Duffy, Jack Flaherty, Jakob Junis, Luke Weaver |
David Lesky
Follow @dblesky
I've been a Royals fan since the day I was born, and have had the opportunity to write about the Royals for nearly a decade now. The winning was better than the losing, but the losing is kind of familiar at least.
read more from David Lesky