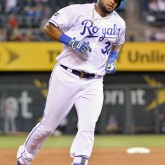 A milestone home run was hit in last night’s 8-3 loss to the Red Sox, but it’s not getting the attention it deserves. It was hit by a player who has helped to stabilize an offense that struggled early and who has a chance to break a team home run record that has lasted for […] 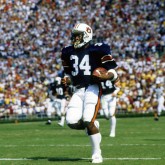 The NFL draft starts tonight, so let’s get going with your Chiefs draft preview… Ha! Just kidding, of course. But why would a Royals blog bring up the NFL draft? Because the Royals, in their history, have managed to draft several players who turned down baseball and went on to successful football careers. And also […] 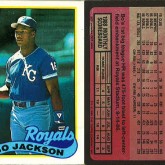 It’s entirely subjective, of course, but I would guess only twice in team history have the Royals had a player who would be considered the “coolest” player in baseball. Even after two World Series appearances and one championship, I don’t think the current squad has anyone really close. Sure, Salvador Perez is immensely popular, and […]