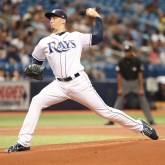 If nothing else, the Royals next opponent, the Tampa Bays, are interesting. Because of the American League and the American League East specifically, they have no chance to compete for a playoff spot, so they were pretty significant sellers at the deadline, and even before, having made a relatively big trade before anyone. But even […]