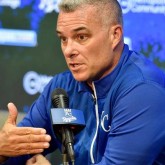 It is probably important to remember that Mike Matheny has nothing in the way of real power for the Kansas City Royals right now. As I have it from the Royals press release, Matheny will be a special advisor for player development, which I know has many who observed his Cardinals tenure in stitches. He […]

I had the opportunity yesterday to hit for my seats at Kauffman Stadium. And while I used to be a pretty good hitter, that was a long time ago. Long story short, I do not get my season tickets for free. But hey, I did get to hit a few balls at Kauffman Stadium, so […]

An October with no baseball means it’s time for Dayton Moore to hold his state of the franchise press conference. Things got off to a rollicking start as Moore insisted the rebuild took hold when they stopped talking about… the rebuild. You know, I think what jumpstarted the rebuild is we quit talking about the […] 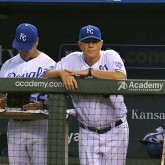 Just ahead of Game 162, the Royals removed all the drama from their October. Ned Yost will return as manager for the 2019 season. Despite protestations from the manager that he hadn’t thought about or discussed his future with the Royals, it was clear the two sides wouldn’t let this drag out beyond the final […]

Full disclosure: sometime in July 2014, I was preparing a blog post for the old Pine Tar Press site. I was planning out my arguments, doing some research, and making mental notes about what I wanted to say: it was time—well past time!—for the Royals to fire Dayton Moore. I was hardly alone in this. […] 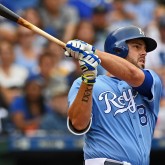 Everybody’s gone now. After Mike Moustakas joined forces with Lorenzo Cain in Milwaukee, the 2015 cupboard has officially been cleaned. Eric Hosmer is underperforming in San Diego. HDH is scattered to the four winds. RIP Yo. A whole eight players from the 2015 title team remain in the organization, and that’s counting Terrance Gore (he […] 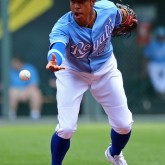 It’s on. Let’s be honest. It’s been “on” since spring training. “On” being the rebuild. The Royals stocked the farm with the draft earlier this month and the deal that sent Jon Jay to Arizona. They sold again on Monday, sending Kelvin Herrera to Washington in exchange for three prospects. I saw someone refer to […] 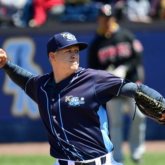 The 2011 draft was supposed to be the “one,” the draft that kept it all going. After all, the Royals had already been named by prospect hounds everywhere as having the best-ever farm system earlier in the year. During that 2011 season, Eric Hosmer, Mike Moustakas, Salvador Perez, Johnny Giavotella and Danny Duffy were all graduating […] 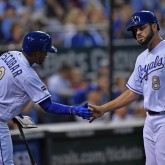