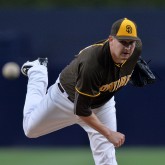 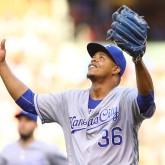 That sweet siren of free agency continues to break up the championship team. It was announced late Monday that Edinson Volquez was the latest Royal from the 2015 World Series title team to exit, taking his talents to South Beach (sorry, that’s a tired phrase) to pitch for the Miami Marlins.  If you want to […] 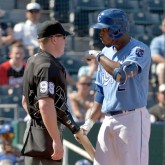 This is odd. The World Series ended five days ago and Dayton Moore has yet to fire his first salvo of the offseason. By now, isn’t he supposed to have traded for some low-OBP deplorable? Instead, the Royals have spent the time since the close of 2016 to take care of some housekeeping. Let’s take […]

http://www.blogtalkradio.com/kansascitybaseballvault/2016/09/30/feels-like-the-first-time-bp-kansas-city-episode-27.mp3 The Royals were officially eliminated from playoff contention this week, so we tried to put the 2016 season in perspective as it approaches its end. In the second segment, Jeff and Mike shared their memories of the first Royals game they attended (or, at least, the game they were old enough to remember going […] 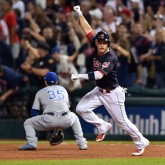 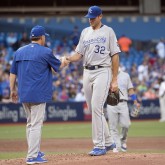 It’s never too early to look ahead to the offseason, at least not when your team is below .500 in mid-August. The Royals have lots of things to fix this winter: a popgun offense, a suddenly leaky bullpen, and a subpar rotation. I do think that some of the offensive problems will fix themselves; I […] 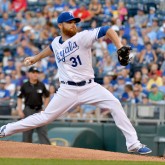 Ian Kennedy is pretty good. No, he’s not great. He’s not the best pitcher the Royals have. If he was, they’d be in bigger trouble than they already are. But he’s pretty good. And at this point, I’m sure you’re already tired of me telling you he’s pretty good. But he is, so what can […]

For much of the 2016 season, it’s been difficult to watch Royals starting pitchers. They’ve allowed home runs at a ridiculous rate, and overall, they have a 4.80 ERA, which is good enough for 12th in the league. That ranking would look much better if the league had 45 teams, but because there are 15 […] 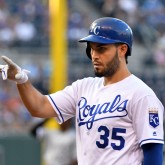 Another one of those AL Central nights. The Royals jumped to an early lead against Chris Sale, then put the bats away for middle innings. They fell behind in the fifth and looked good for the loss before they staged a ninth inning rally against David Robertson. They always seem to stage a ninth inning […]