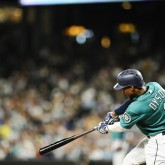 As we continue our look at Royals trade targets, I move from the pitching side to the position player side. The Royals are pretty well set at just about every position with the exception of designated hitter. They obviously signed Brandon Moss to mostly fill that hole, but he’s struggled mightily. Jorge Soler has been […]

When the month of June began, I believed the Royals needed to either have a ridiculously dominant month or fall flat on their face. Nothing about a 14-12 month was good for the franchise. Even with a stretch of nine road games against middling to bad teams, things figured to be difficult, starting off with […]

http://www.blogtalkradio.com/kansascitybaseballvault/2017/01/12/shaking-up-the-band-bp-kansas-city-episode-41.mp3 So after a pretty quiet offseason, the Royals started to make a few moves. In the last week, the big move was trading longtime Royal Jarrod Dyson to Seattle for right-handed pitcher Nathan Karns. As a fan, it’s a tough move because Dyson has been in the organization so long and has had so […] 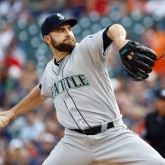 In their second trade of the offseason the Royals dealt speedy outfielder Jarrod Dyson to the Seattle Mariners for starting pitcher Nate Karns, first reported by Bob Dutton of the Tacoma News Tribune. Dyson was drafted in the 50th round (a round that no longer even exists) in 2006 and has been with the organization his entire […]

http://www.blogtalkradio.com/kansascitybaseballvault/2016/12/08/hasta-la-vista-wader-bp-kc-episode-37.mp3 It was hinted and suggested and assumed, and then it was finalized. Wade Davis was traded for Jorge Soler. We discussed the way the market developed, the implications of the move, Soler’s potential, Davis’s history, and where it leaves the Royals. Then we continued to talk about some Jarrod Dyson rumors and his sneaky […]

We have a new labor agreement in place, which means the offseason should theoretically open up. And what do you know? The winter meetings start on Monday, so there should at least be some rumors to talk about or something. Maybe the Royals aren’t just sitting out this offseason after all. As a public service, […] 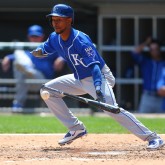 Last night in the top of the sixth with Cheslor Cuthbert on first and no one out, Jarrod Dyson bunted. It appeared like Dyson may have been bunting more for a hit than to sacrifice, but I was not overly close to the dirt last night, so that could be in error. In the end, […] 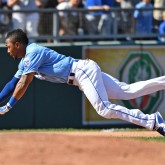 Since the Royals resurgence began in 2013, they’ve earned a reputation as a team with speed. Between the 2013-2015 seasons, the Royals stole 410 bases, which led all of baseball. The second-highest total belonged to the Rangers, with 355. Among the 90 team seasons during that time frame, the Royals own the top two totals, […] 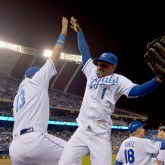 There are myriad reasons why we love baseball. One of my favorites, concerns the finite number of outs in the game. It doesn’t matter how far you’re down, as long as you have outs, you’re in the hunt. Monday’s game against the Cleveland Indians, for seven and a half innings, was brutal. The storyline was […] 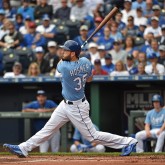 Last night was beautiful; the Royals did all the things we expect them to, all the things they did in 2014 and 2015. But Royals fans everywhere had to wonder if it was a one-time exception, or perhaps a sign the team was finally getting back to Royals baseball. As they say, momentum is tomorrow’s […]